Rob Horton has been a consistent style authority for South magazine through the years. He remains on top of his industry due to his commitment to customer service and constant pursuit of art in all that he does. 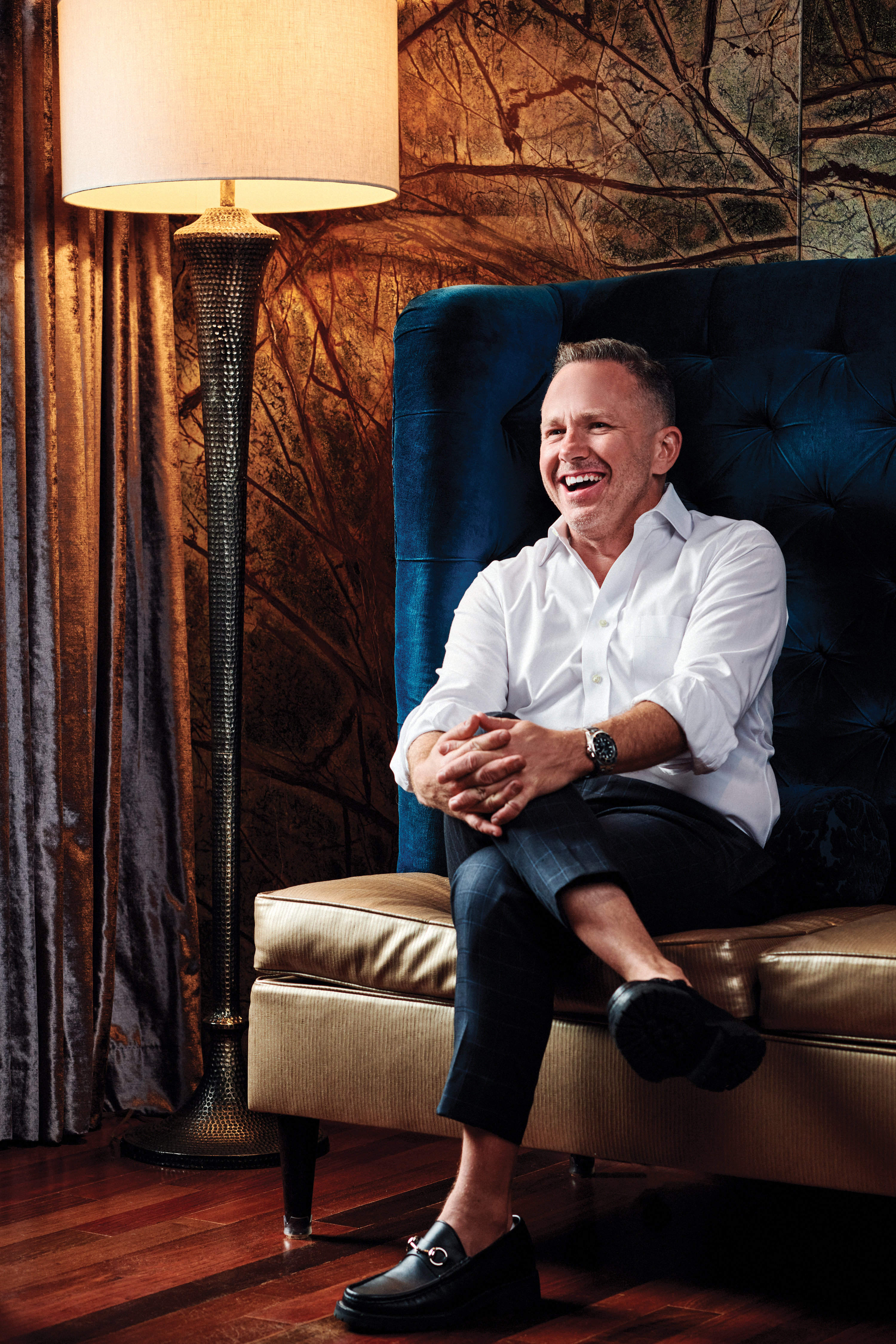 “Up and over is how I think of every obstacle I encounter in business as well as my personal life.” – Rob Horton

In life and in business, there are generally no straight paths to success. For Rob Horton, that journey took him from across roads that sometimes diverged wildly from his own path and down a few rocky trails that ultimately culminated in dead ends. But the journey started with a single deflated look from his father.

“Seeing my dad come home in his three-piece suit, he just looked miserable,” said Horton. “I’d tell him I’m going to be a high school art teacher and he’d tell me, ‘You wont make any money.’ I just said, ‘But I’ll be happy.’”

That pursuit of the arts, first visual and culinary, prompted three attempts at college. “Up and over is how I think of every obstacle I encounter in business as well as my personal life.”  And then he discovered hairdressing. “I signed up at local cosmetology school… I may as well have signed up for space camp. I had no idea what I was doing.” He picked it up quickly, however, finishing his education at The Vidal Sassoon Academy in London. When his visa ran out, he returned to Savannah and began building his own legacy. It wasn’t easy at first.

“I wish I’d saved all those letters from banks declining my loan for $5,000 to open a salon,” he said. Fortunately, he was able to convince his stepfather into cosigning a loan and opened his first salon at Liberty 6.

Horton has continued to let his maverick streak run wild, racking up a client list of celebrities and local legends and building a legacy of doing things his own way.

Rob’s head count: Rob Horton cuts on average 1,152 haircuts a year and has cut approximately 31,104 heads of hair since he first opened in 1993.