Navy SEAL Jason Redman was shot 8 times in an ambush in the Anbar Province of Iraq. Many thought his military career, and perhaps his life, was over. They were wrong. He became a best-selling author, coach, consultant and founded Eagle Rise Speakers. 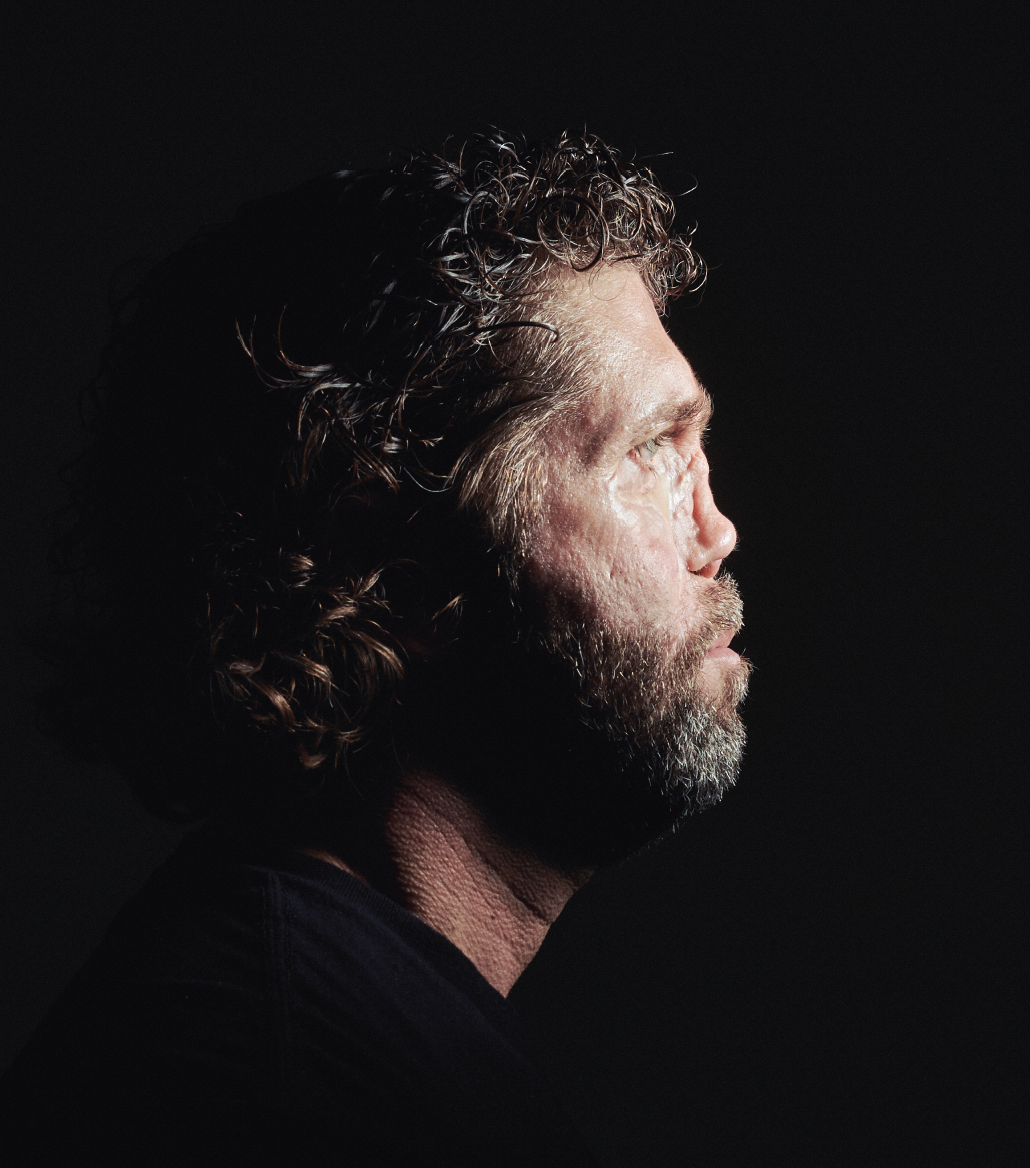 Photographed by Will Hawkins, Creative Director: Reframe Your Brand

Jason Redman was a teenager when he decided he wanted to be a Navy SEAL.

He grew up with stories of both grandfathers in World War II. His own father served in Vietnam. Redman wanted to serve too, but many doubted he’d withstand the physical intensity required to be a Navy SEAL. By his own admission, he was an unlikely candidate.

“I was a runt.” Redman explained. 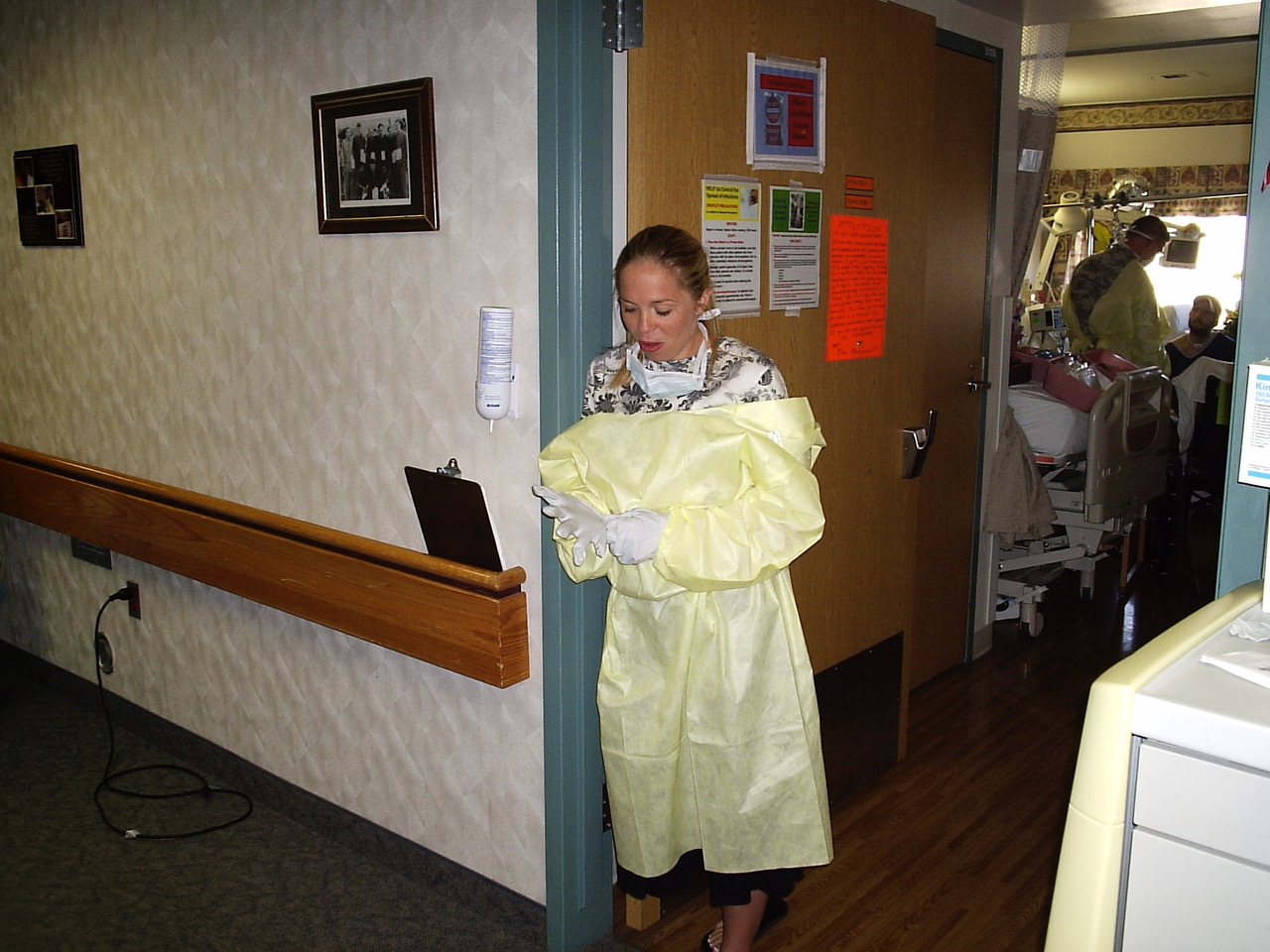 Wife, Erica Redman puts on her scrubs before entering Jason’s room. All visitors were required to wear scrubs to reduce risk of infection. Erica slept next to Jason in those scrubs for

He was chased out of the recruiting office more than once.

“But I kept coming back,” he grinned.

Eventually he found a recruiter who offered to guide the tenacious teenager. It was tough. In a training group of 148 hopefuls, 19 graduated. In 1995 Redman was one of the few to have the heralded Special Warfare Insignia, the “SEAL Trident,” pinned on his uniform. He made it.

Redman spent 21 years in the SEALs. He would also graduate from U.S. Army Ranger School, receive a Purple Heart, a Bronze Star, and come close to dying fighting al-Qaida. 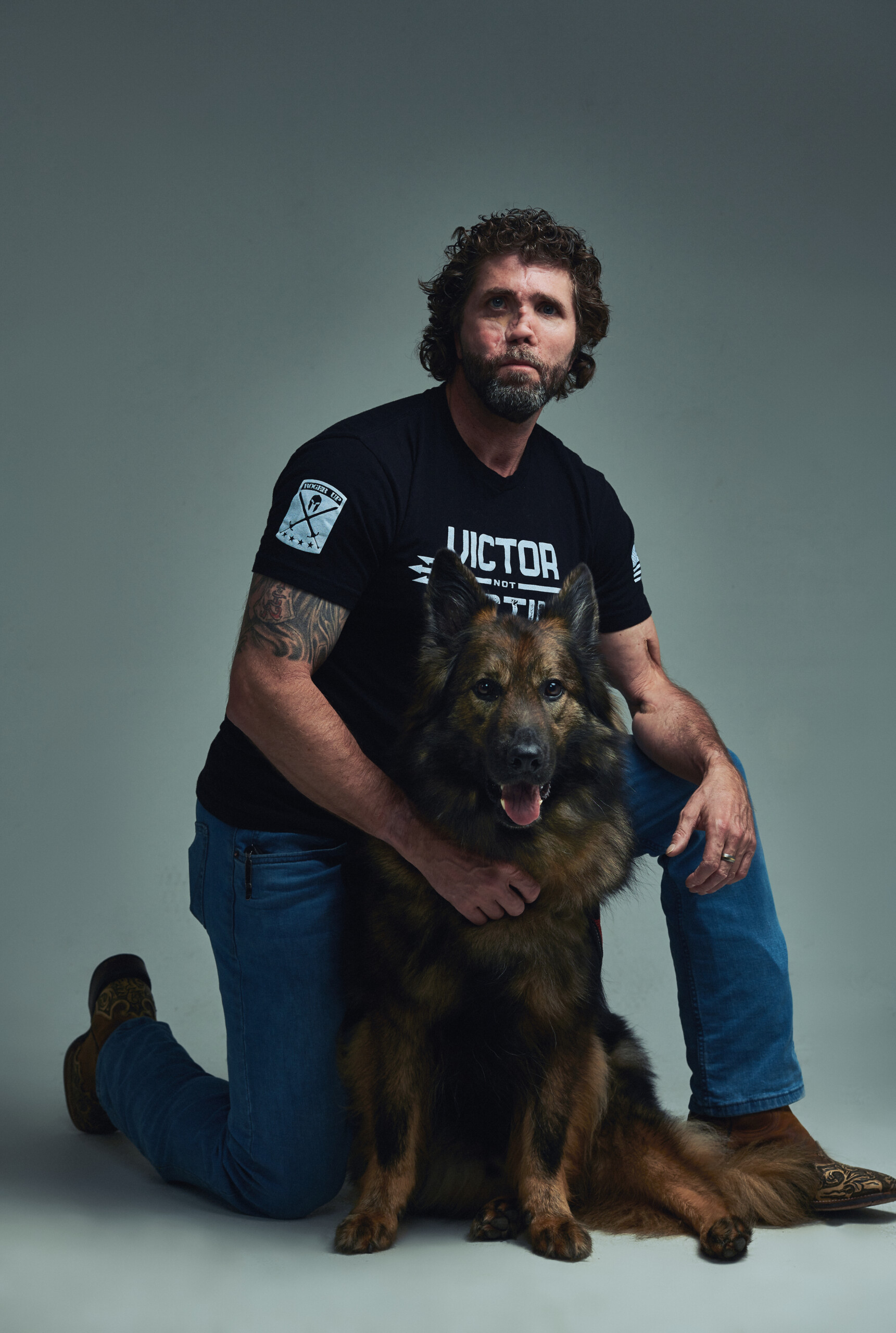 It was after midnight on September 13, 2007, in the middle of his solidly built military career, that everything changed.

Redman’s SEAL assault team was in Iraq conducting a “direct action mission” aimed at an al-Qaida leader in the province. They soon realized their target had moved but found a weapons stash left behind. They prepared to blow it up and end the mission.

Then word came of suspicious activity in a nearby house. The team spread out, maneuvering through dense vegetation. Suddenly, machine gun fire. Their target was in the house and his fighters intended to take out the SEALs.

“At that point we engaged in a very fierce firefight,” Redman said.

A bullet tore into his left arm, stunning the radial nerves. In the darkness and turmoil, Redman thought his arm had been shot off when he reached over and couldn’t feel anything. 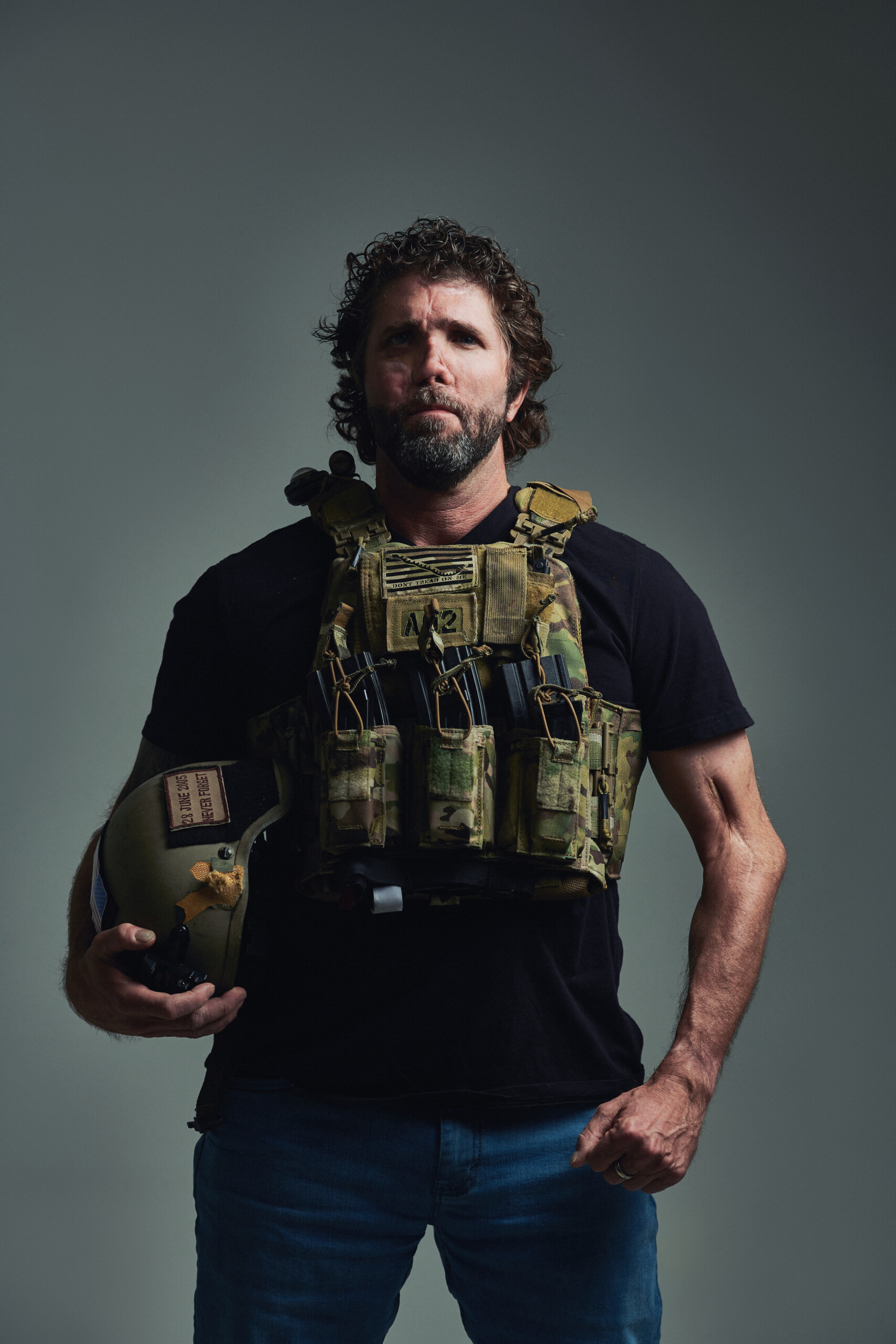 Navy SEAL and author of Overcome, Jason Redman’s wounds might have killed him—if it were not for his grit and the devotion of his wife and family.

“But you’re in a gunfight,” Redman explained. “You can’t just sit there.”

Bullets hit Redman’s gun and helmet. One of his night vision goggles was shot off. Then he caught a round to the face. It exited through his nose, destroying his cheekbone.

He passed out. As he regained consciousness, Redman discovered he’d been shot several more times. 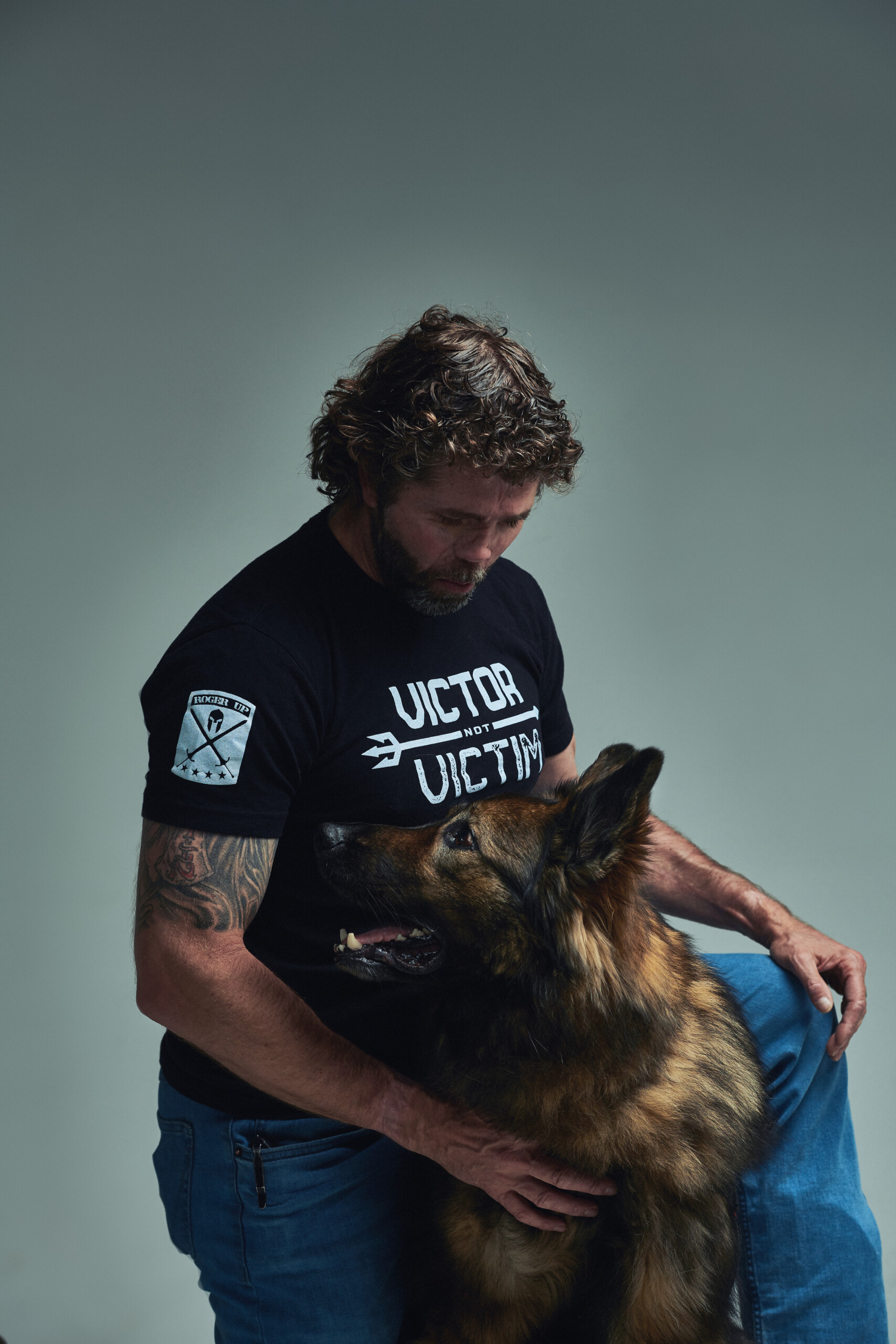 “I was going into shock from blood loss,” he said, “I knew I was dying. When you’re on your deathbed, faith plays a part. I called out to the Big Man above and said, ‘hey I need help’ and He gave it to me.”

Redman got up and somehow walked more than 50 yards to a helicopter once the fighting ceased. He’d been shot 8 times and lost a significant amount of blood.

Recovery was long and hard, but he didn’t want pity. Although his jaw was wired shut, Redman wanted to communicate. He wrote a sign that he asked to be hung on his hospital door. 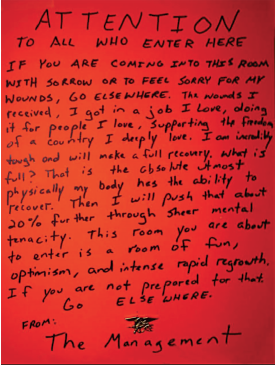 During the intense recovery that followed—a years-long process that included 37 surgeries— Jason Redman gained national media attention when he posted a sign on his door at Bethesda Naval Medical Center, warning all who entered not to “feel sorry for my wounds.” Redman’s sign became both a statement and a symbol for wounded warriors everywhere.

Attention to all who enter here. If you are coming into this room with sorrow or to feel sorry for my wounds, go elsewhere. The wounds I received I got in a job I love, doing it for people I love, supporting the freedom of a country I deeply love. I am incredibly tough and will make a full recovery. What is full? That is the absolute utmost physically my body has the ability to recover. Then I will push that about 20 percent further through sheer mental tenacity. This room you are about to enter is a room of fun, optimism, and intense rapid regrowth. If you are not prepared for that, go elsewhere. 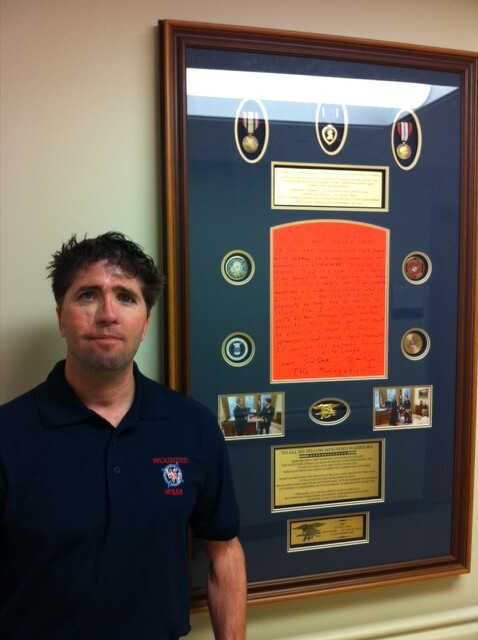 That bright orange sign would soon become legend for wounded warriors and non-military citizens. George W. Bush heard about it and invited Redman to the White House where the president autographed it for him. Later, First Lady Michelle Obama wrote to Redman, and mentioned the sign in her bestselling book, Becoming. The framed sign now hangs on the wall at Walter Reed where patients touch it for good luck.

“It wasn’t mine to keep,” Redman said of gifting the sign to the military hospital.

Redman took what he calls the “overcome mindset” that kept him determined to heal physically, mentally, and emotionally, and wrote two books, Trident – The Forging and Reforging of a Navy SEAL Leader (2013) and Overcome: Crush Adversity with the Techniques of America’s Toughest Warriors (2019). 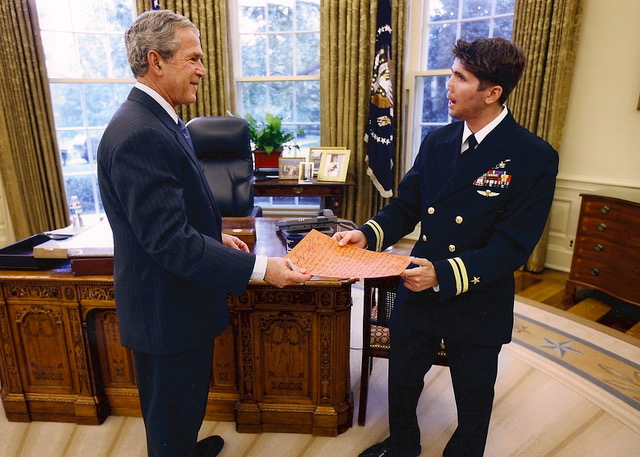 President Bush signs the Sign on the Door in the Oval Office. The White House, October 2008. Courtesy of the George W. Bush Library and Museum.

He teaches workshops and is an in-demand speaker. With wife Erica he founded Eagle Rise Speakers, offering motivational speakers, authors and experts on health, wellness, and elite leadership.

Redman’s jovial, laid-back personality belies a will of steel, and he insists the overcome mindset can be learned.

“I was in an ambush,” he said, “but many people are in life ambushes. That’s any event in your life that leaves permanent scars – mental, emotional, physical, or deep financial scars. My teachings are how we lead ourselves out of these situations.”

Redman feels “super blessed” to have been given a second chance, and fully embraces it. 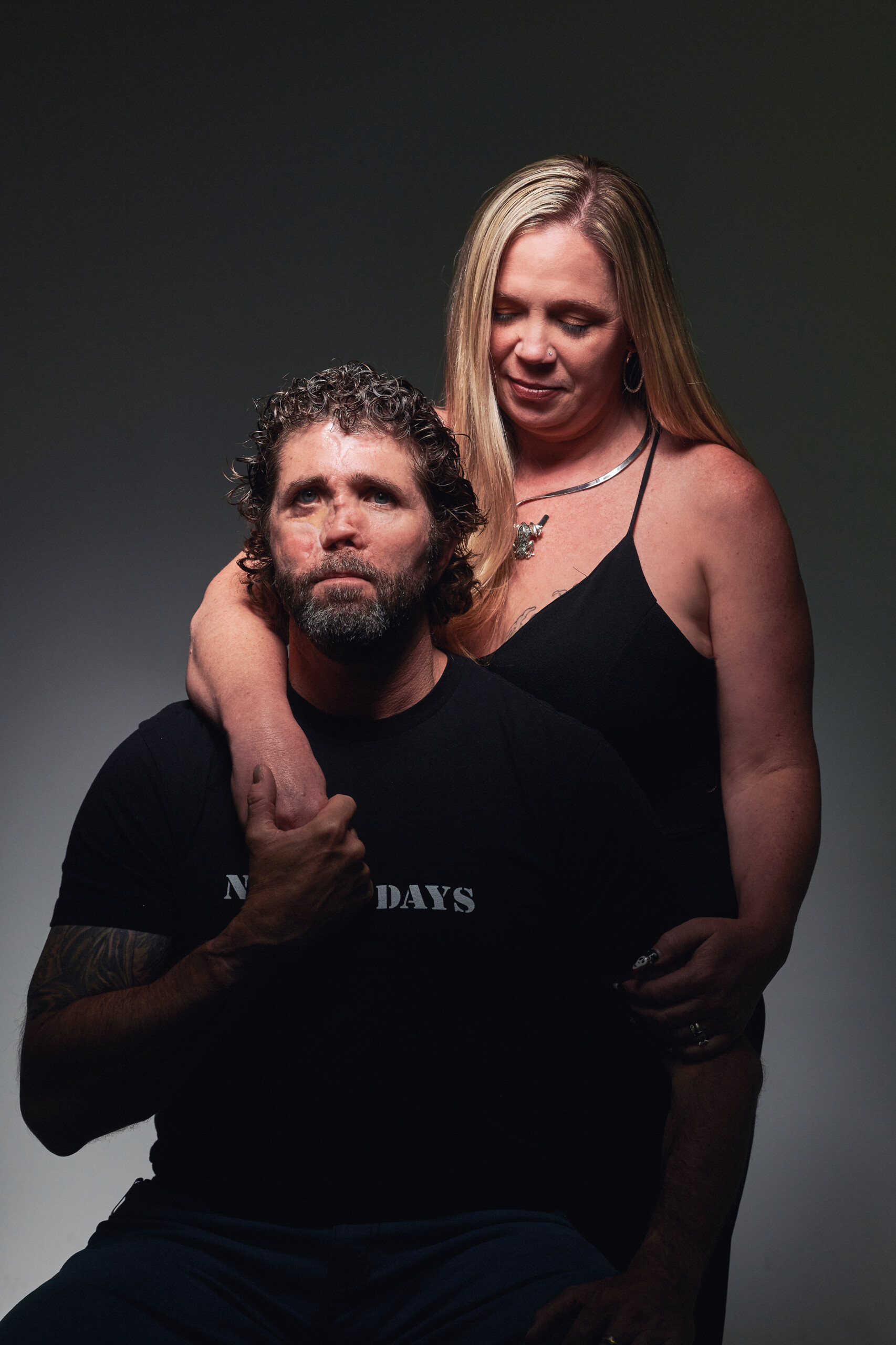 Jason and Erica Redman have been married for 21 years, have three children, and are writing a book together about relationships called “Invincible Marriage” and has a release date of late 2023.

“No matter how big the problem you’re facing if you’re alive you’re able to effect change. My buddies, whose names are engraved on walls over this country, wish they could deal with the problems the rest of us are dealing with,” he said.

“I live by the motto ‘No bad days.’ Just be thankful.” 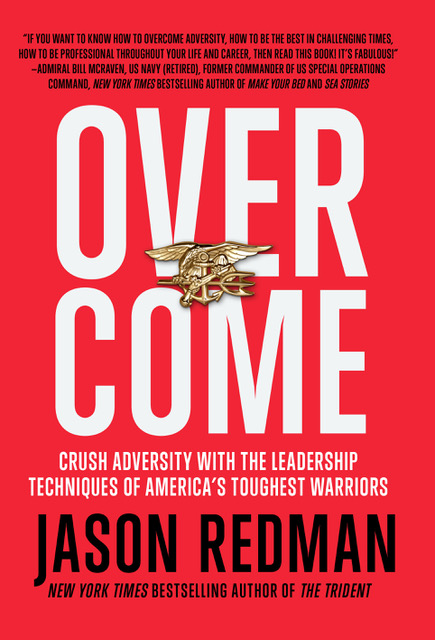 Learn from decorated Navy SEAL Jason Redman how to overcome adversity in your own life. JasonRedman.com. Find a speaker to motivate your class, group or corporation. eaglerisespeakers.com 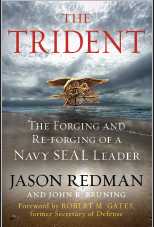 An unforgettable story of one man’s determination to overcome adversity. Redman recounts his story, from his grueling SEAL training to how he found the balance between arrogance and humility. He speaks candidly of the grit that helped him carry on despite grievous wounds, and of the extraordinary love and devotion of his wife, Erica, and family, without whom he would not have survived. Order at amazon.com $29.99.