Gene Dobbs Bradford, the new executive director for The Savannah Music Festival, had never been to coastal Georgia before joining the nonprofit arts organization last year. After heading up Jazz St. Louis for over two decades, he was intrigued with the idea of moving South. 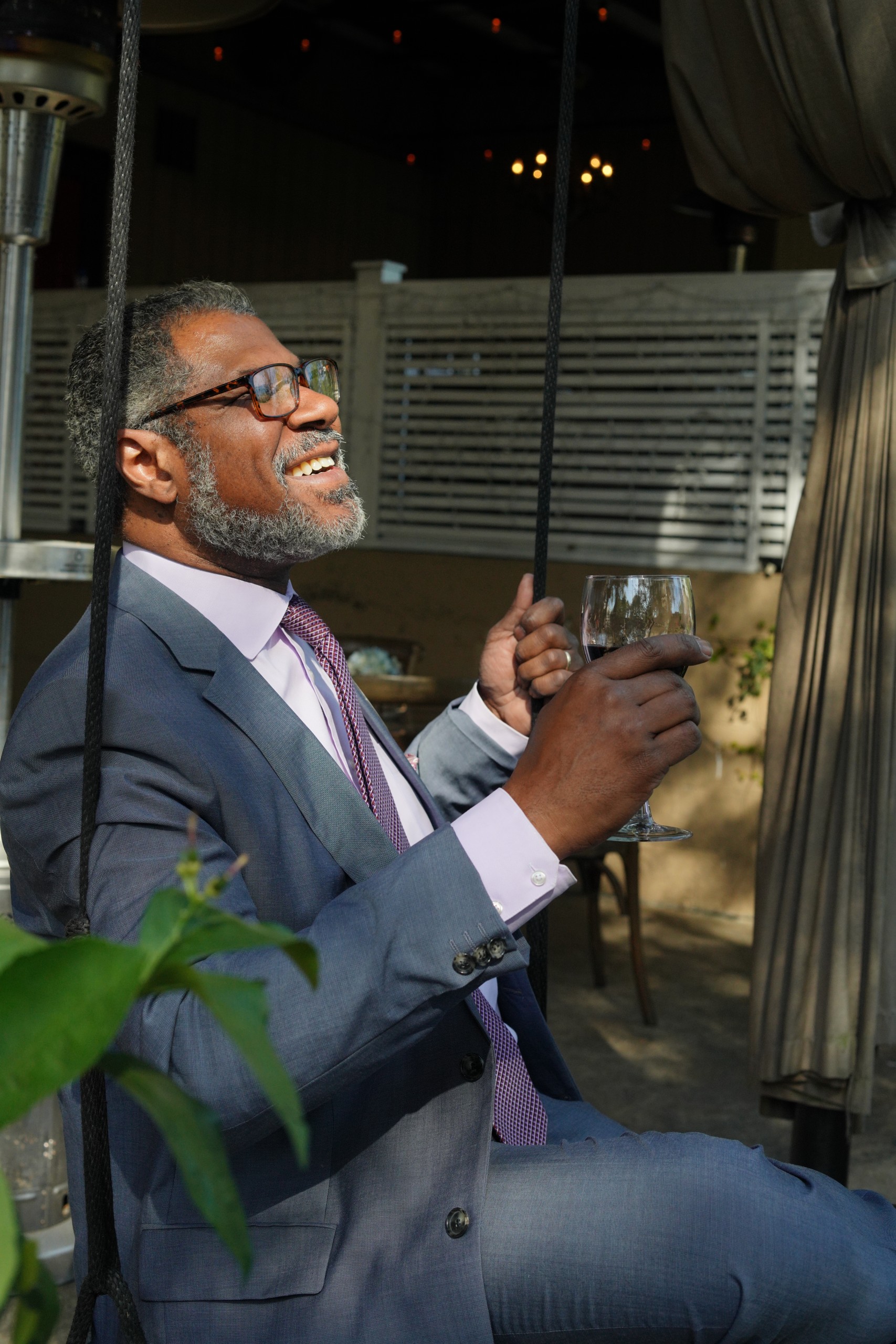 Gene Dobbs Bradford, the new executive director for The Savannah Music Festival, had never been to coastal Georgia before joining the nonprofit arts organization last year. After heading up Jazz St. Louis for over two decades, he was intrigued with the idea of moving South.

“Everyone I mentioned it to – to a person – told me the exact same thing,” he said, “Savannah is beautiful.”

Although his father was born in Alabama, Bradford was not well-acquainted with the Deep South, and has lost no time in exploring the arts, food and scenery the region is famous for. 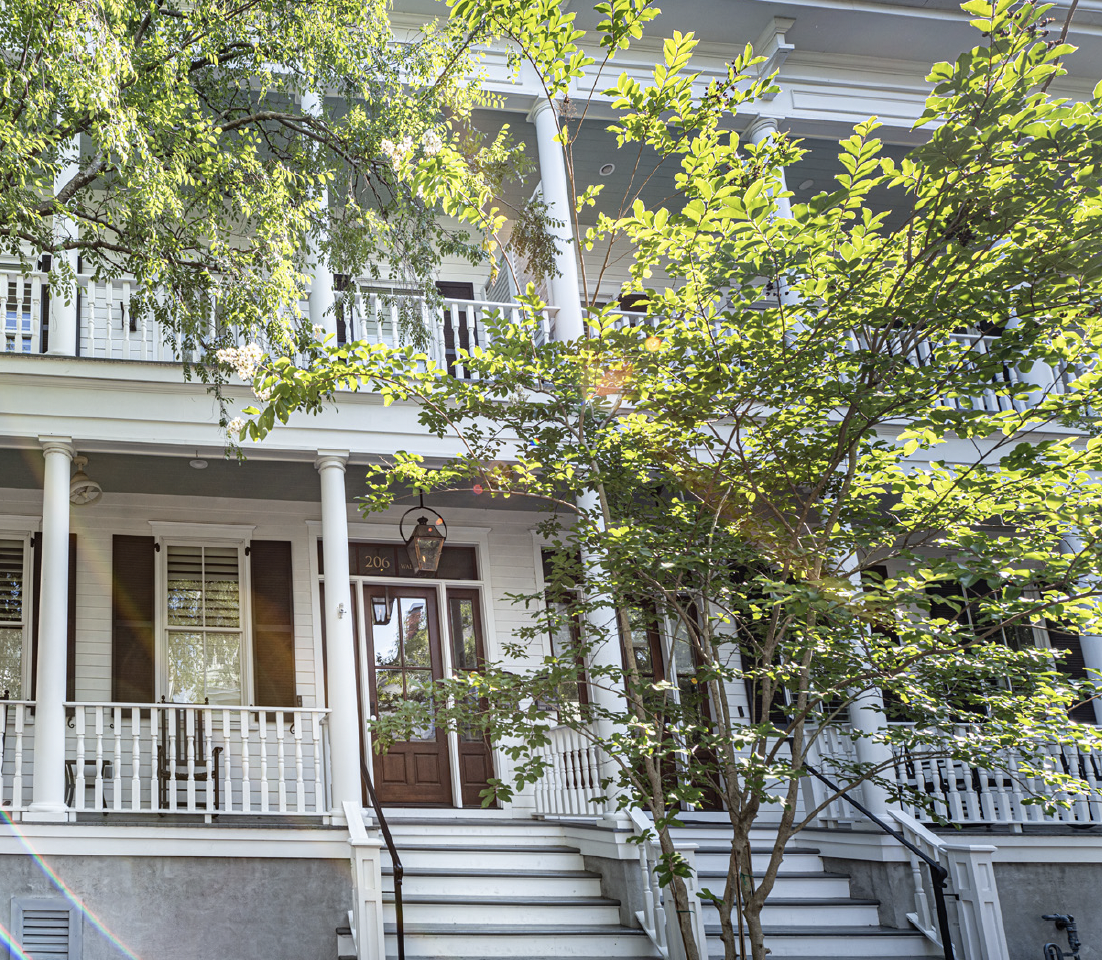 In his short time as a newly minted Savannahian, Bradford has played harmonica onstage with twice-Grammy Award nominated blues artist Cedric Burnside, and met musical legend and Civil Rights activist Mavis Staples. He’s also been on his bicycle a lot. 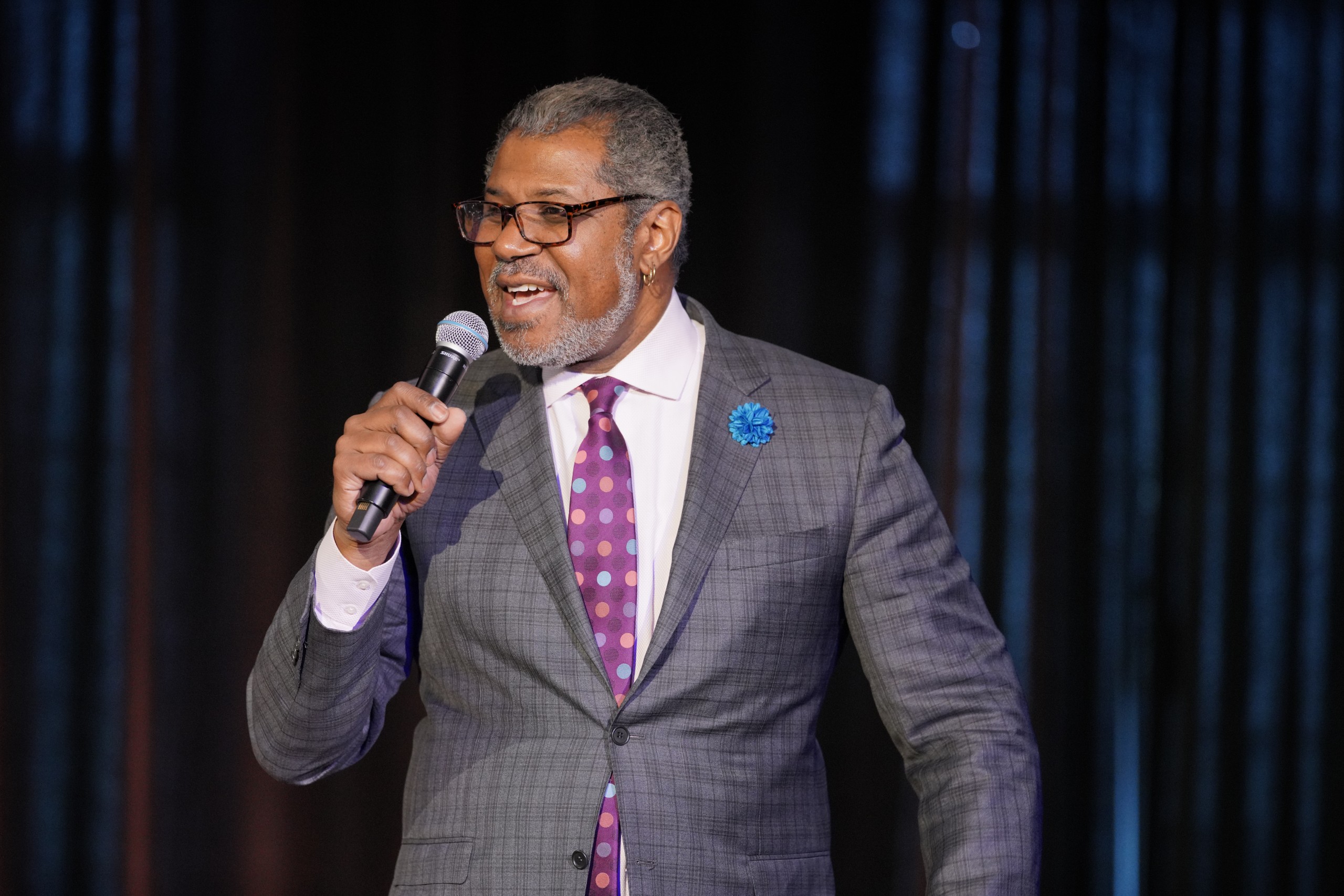 Gene Dobbs Bradford speaking to an audience during the 2022 Savannah Music Festival.

During the 2022 Savannah Music Festival, which featured over 50 performances at seven city venues, Bradford often rode his bike or walked from concert to concert, sometimes up to three or four per day. “I think it’s the best way to get around town. I don’t like to drive in Savannah,” he admitted, “this is a pedestrian city. And why wouldn’t you want to be outside? The walks and rides here are beautiful.” 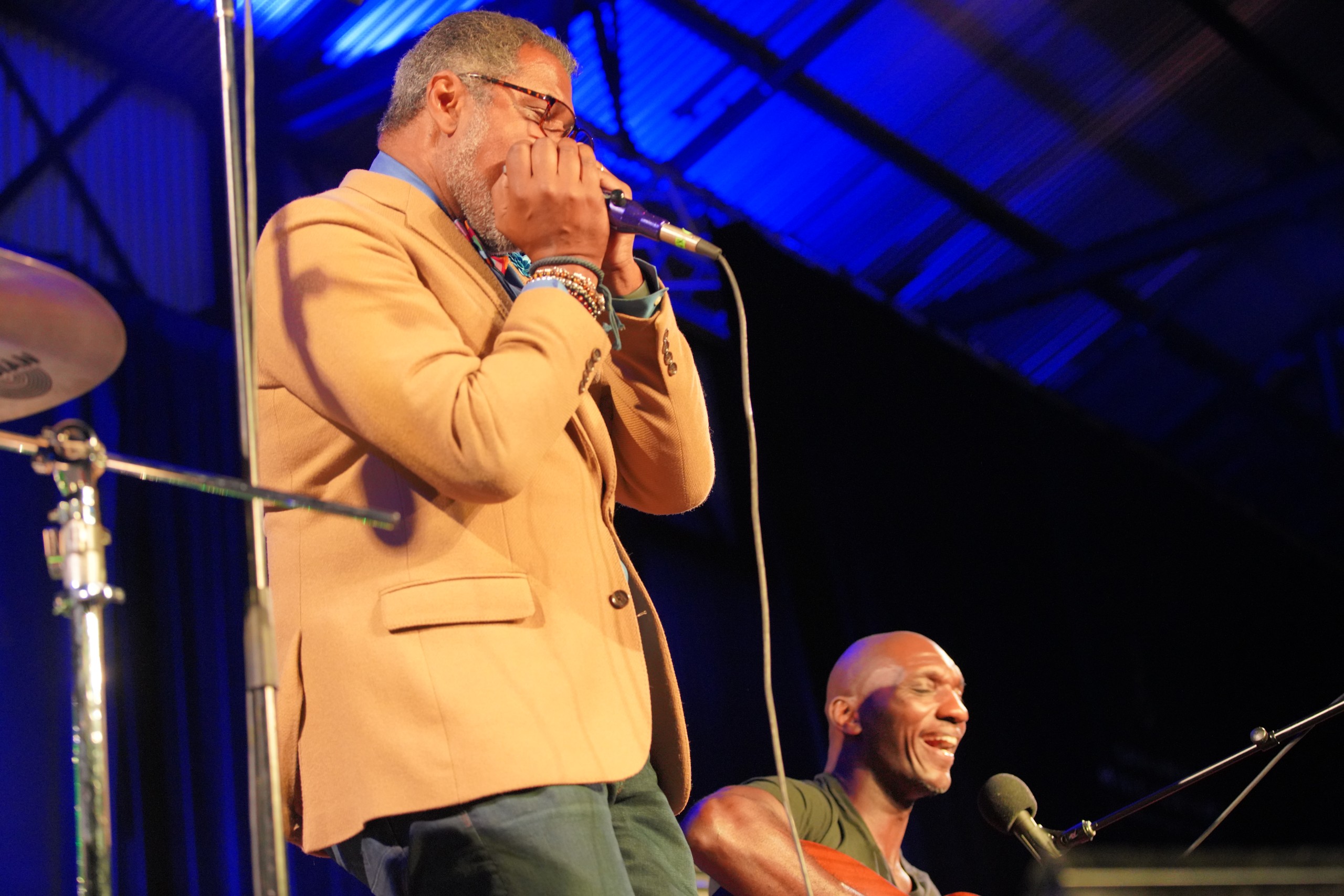 Heading South from St. Louis, he settled into Savannah’s Historic District. It was important to him and his wife Maria to live where they could walk to shopping and restaurants. Their daughter Mireille now resides in Chicago, but she visited in the spring to take a day trip with her dad to Tybee Island. 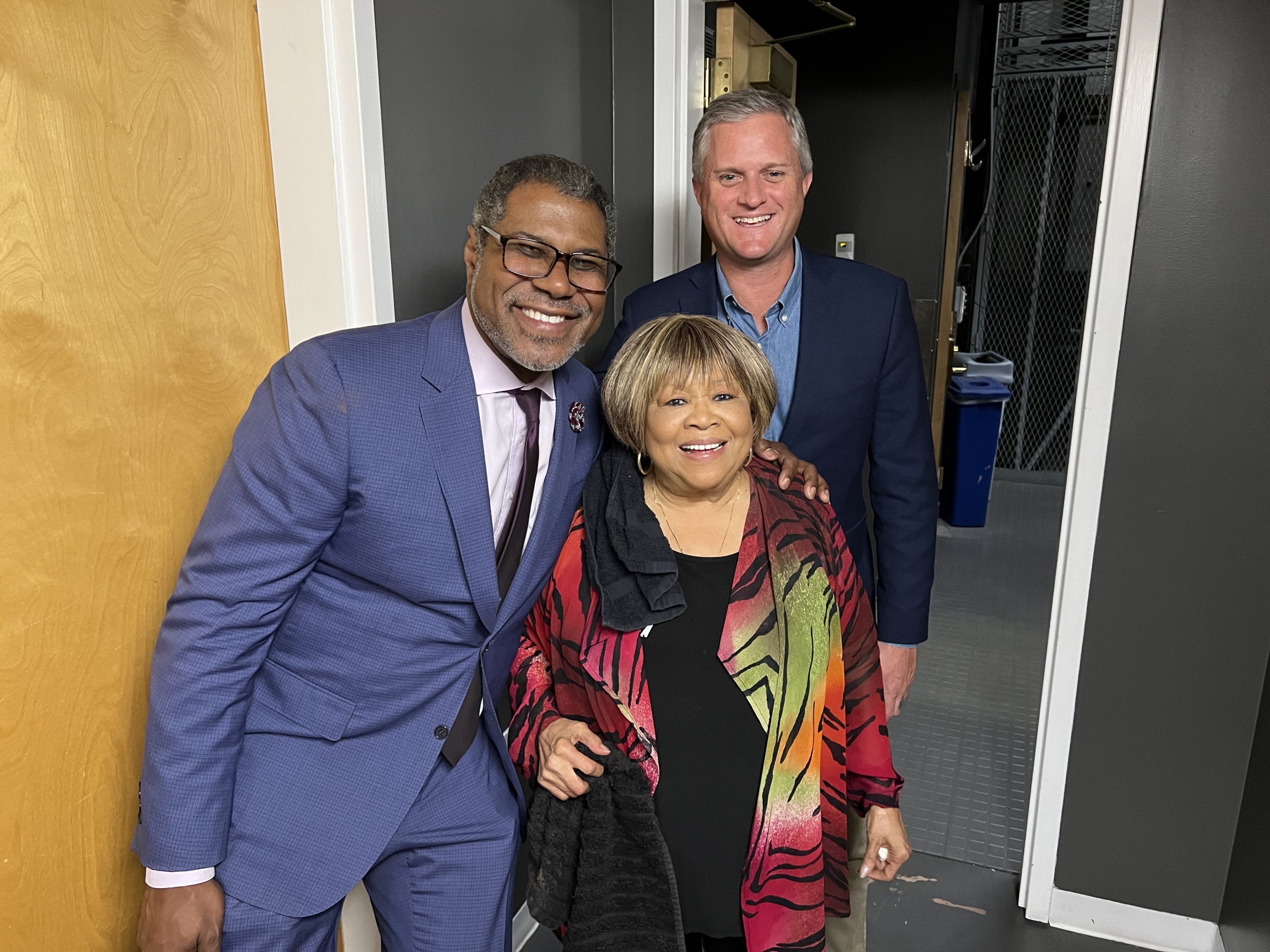 Born in Ohio, Bradford grew up in Maryland (just below the Mason-Dixon Line and technically a “Southern state”) but nowhere he’s lived had fully prepared him for the honeyed accents, rampant hospitality and laid-back charm of Savannah.

“It’s real,” he said about the fabled friendliness of the South.

It surprised him at first. “People are a lot more relaxed here. You sit down with them and suddenly they’re telling you a lot about themselves. It’s great. They want to hang out or invite you to their house, even if they’ve just met you. Very different from the North.”

As for the job that brought him to the Hostess City, Bradford has plans for the 33-year-old fest he now heads up with longtime artistic director Ryan McMaken. He touts the Savannah Music Festival for its “extraordinary variety.”

“What we produce is at a world-class level. That’s important to me. Only the cream of the crop. It’s now vital for us to strengthen our connection with the community. We want to bring Savannah together and nothing does that quite like music.”

“If you’re from the North, it’s easy to see the South as monolithic. It’s not. It has very distinct cultures that I’ve learned a lot more about through the Savannah Music Festival. We had such great representation from the South this year – The Blind Boys of Alabama, Voices of Mississippi. There’s a part of me that wants to travel all through the South and find out what’s out there. But for now, I’ve got a job to do.”

Bradford doesn’t mind staying put for a while. “As far as charming goes, I don’t think anyone can top Savannah. Seriously.” 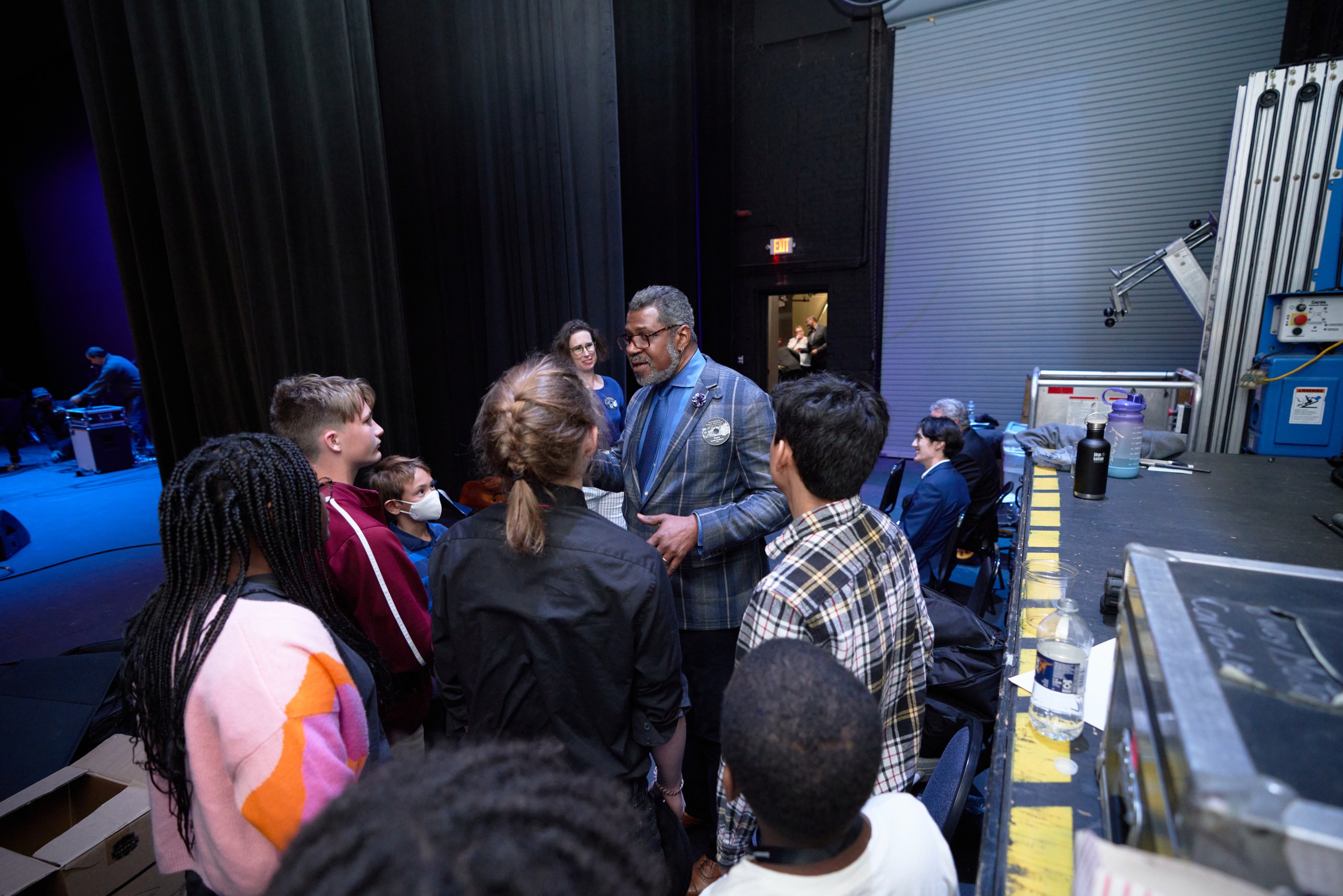 Bradford with members of Savannah Music Festival’s Jazz Academy, an after-school endeavor created to encourage and empower young musicians. The free program is available to all Savannah-Chatham County Public School students in grades 5 through 12 and accepts all music levels.

“I keep finding wonderful eats here. The Auspicious Baking Company is amazing. Bull St. Taco has a chicken taco that is a revelation.”

“Tomato sandwiches! Something so simple, so good, that I’d never had before. I thought at first, oh this is silly, it’s just a tomato and some bread. But it was great. Just incredible.” 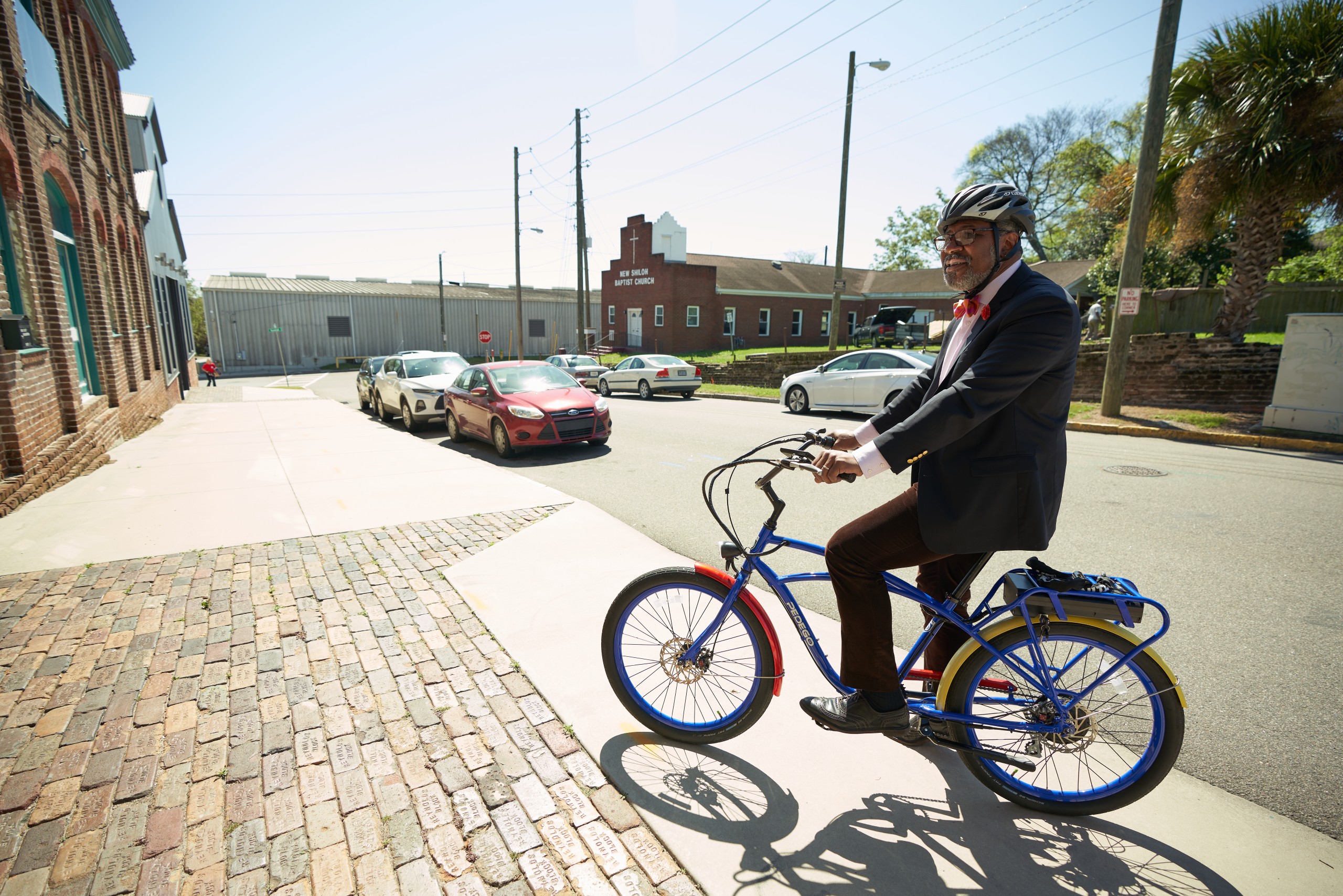 Bradford can often be found exploring Savannah on his bike.