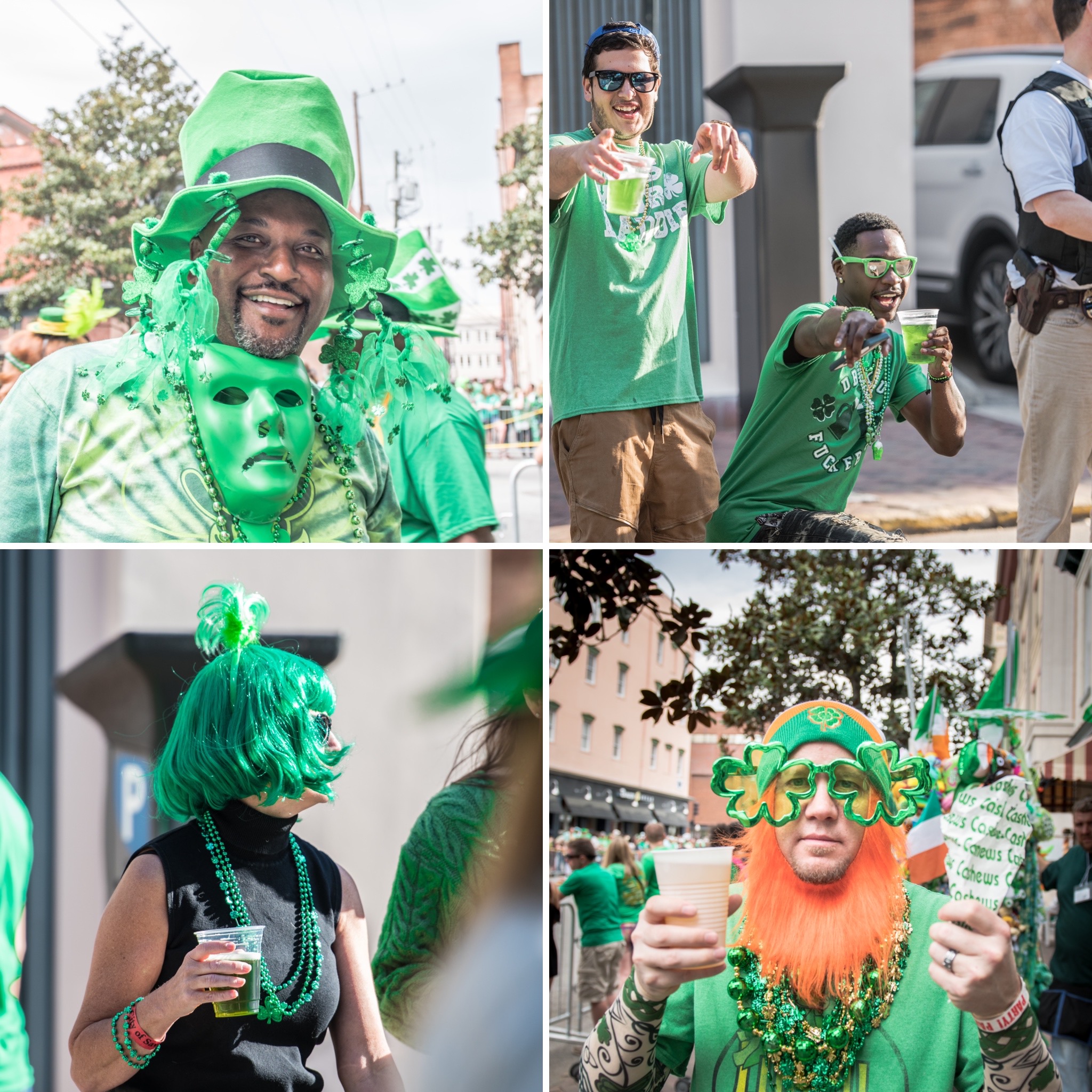 It’s that time of year again. And no, I’m not taking about having to brush off inch-thick yellow pollen off of our cars. Savannah’s population is over 7% of Irish descent. On this week in March, everyone in Savannah is Irish. Today, M5T celebrates the patron saint and national apostle from the land of the most captivatingly rich light, lush green landscapes, the best beer in the world found in some of the world’s best pubs, and the friendliest people that you’ll meet anywhere that are always ready with sharp wit and a tall-spun tale.

This is a week in which you can dress in all shades of green, wear beads and funny hats, stick strange bouncy things on your head, and dye your hair green. You can even eat green grits, drink green beer, and watch all the green fountains downtown.

St. Patrick’s Day – a day to pay homage to Ireland’s patron saint (who was actually British) who died March 17th, 461 AD. There was no parade that year, just a funeral procession. The Irish being Irish, you just know the wake lasted through the weekend with an inordinate amount of alcohol consumed. That being said, daily sales of Guinness average 5.5 million pints; it is said that on the 17th, over 13 million pints of the brown Irish elixir will be sold around the world.

The first official Saint Patrick’s Day parade in Savannah was held in 1824 by the Hibernian Society. Since then, city-square fountains, hair, faces, dogs, cats and the occasional goat are dyed green. Old Savannah families have claimed the same parade route positions for generations, and the 17th is recognized in Savannah as a legal holiday. Typically, celebrations would start on the weekend with parties running through the 17th and carrying on into the following weekend. River, Broughton, and Bay streets would have people shoulder to shoulder, all professing their love of green leprechauns and shamrocks. Sadly, for the second year in a row, Savannah’s most famous parade has been Covid-Cancelled. That has not stopped visitors and locals alike from professing their adoration of all things Irish as they stroll the streets of Savannah with legal green beer in hand.

Oh behave. If you want to make an Irish person spill their drink, just say or spell “St. Patty’s Day”. The short version of the 17th is properly referred to as “St. Paddy’s Day”, which is a variation on Padraig, the Irish version of name Patrick.

You may be surprised, but the Irish like to drink and are known for their great drinking toasts – here’s one of my favorites as you toss back your Guinness or whiskey, to wash down your corned beef and cabbage, or lamb and potatoes:

Here’s to cheating, stealing, fighting, and drinking.
If you cheat, may you cheat death.
If you steal, may you steal a woman’s heart.
If you fight, may you fight for a brother.
And if you drink, may you drink with me.