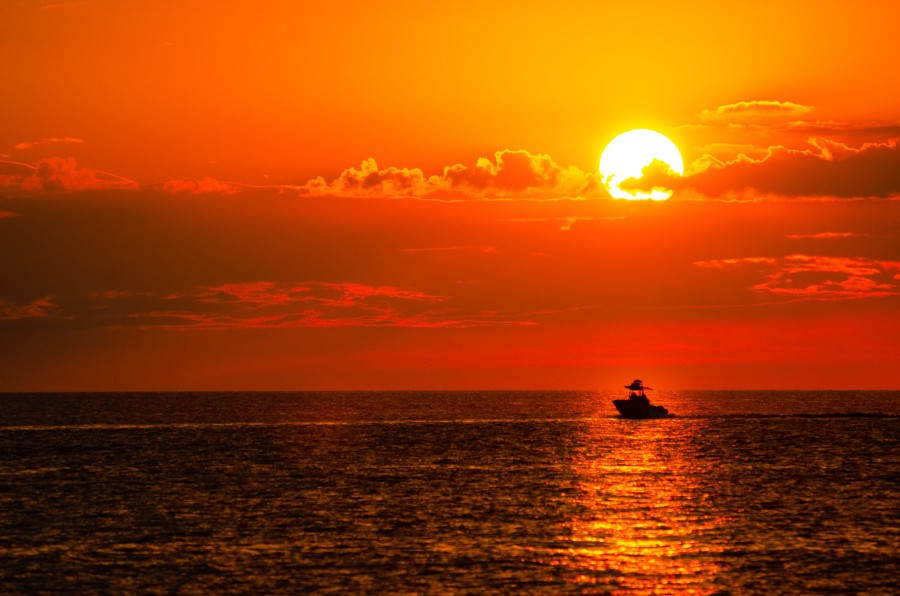 We became friends when I was in high school. He was already an old man, a widower, yet there was something about him that I was drawn to, intrigued by, and respected greatly. As I grew older, he became all the more influential in my life. I was reminded of him again when I saw a dilapidated fishing boat on the Pacific Ocean a few weeks ago. That week I re-read Hemingway’s masterpiece. It was 70 years ago this month that ‘The Old Man and the Sea’ was published for the first time. Today’s M5T ruminates over lessons from an old man that have stood the test of time.

Santiago was precise, prepared, and practical. He mentored his young fishing protege Manolin to live his own life, to be humble, to man up when needed, to never take shortcuts in anything that you do, and to be proud of who he was and all that he did; the very way that Santiago lived his life. Santiago also acknowledges his deep and profound pride. In fact, it was his pride that led him to continue to fish despite the odds. It was his pride that drove him to continue fishing for so many years, to hone his skills, and to be the best fisherman he could be.

Success can be defined in many ways. Santiago didn’t define his success by how much he caught. He measured his success with his fishing skill and his knowledge of the sea. Santiago’s success would not be found in riches nor by catching a huge marlin. His success would be measured in his legacy of integrity, skill, bravery, hope, courage, determination, and his belief in himself.

Santiago’s boat was an old boat, a skiff, with a ragged, patched sail. But it was his boat. Villagers where he lived called him ‘salao’ meaning salty and the worst form of unlucky. Yet, Santiago remained grateful for the few material possessions that he had, and for the love and freedom he found on the ocean. Whether he was on the height of the crest or in a trough between waves; whether with smooth sailing or torrential storms; whether with bountiful catches, or 84 days of nothingness, he was steadfast in his appreciation for the years of experiences he had on the seas and the gratitude he found by living in the moment.

Santiago drew inspiration from his respect of his role model Joe DiMaggio, whose father was also a fisherman in Italy. As his hands were cut and bleeding, as his back and arms ached from trying to reel in the marlin, Santiago drew on his comparison of the pain DiMaggio played through in his career with the Yankees for strength through his trials on the ocean.

Santiago lived the virtue of perseverance. He went 84 days without so much as a nibble on his fishing line. Yet he refused to give up on himself or the ocean. On the 85th day, somewhere in the middle of the Gulf of Mexico, he had a hit on his line. It was the biggest fish he had ever caught. For three days he struggled to pull in the beast. For three days he battled the fish, the ocean, sharks, and himself. Ultimately harpooning the marlin and lashing it to the side of his boat. (Spoiler alert if you haven’t read the book) As he sailed back to the harbor of his village, the marlin was now just bones – its flesh torn and completely eaten by sharks. Yet Santiago remained stoic; only he himself knowing what he had caught and the victory that he experienced.

Here’s to a week of appreciating, perhaps even finding your inner Santiago. To remembering that you are never too old to put up a fight for the things you believe in, and to always being aware that sharks are everywhere looking to eat your marlin.