Living in the time of COVID: How a global pandemic has challenged our perspective to public health.

It has been almost two years since the term COVID-19 entered our vocabulary, bringing with it an entire glossary of new talking points and a wave of emotions. 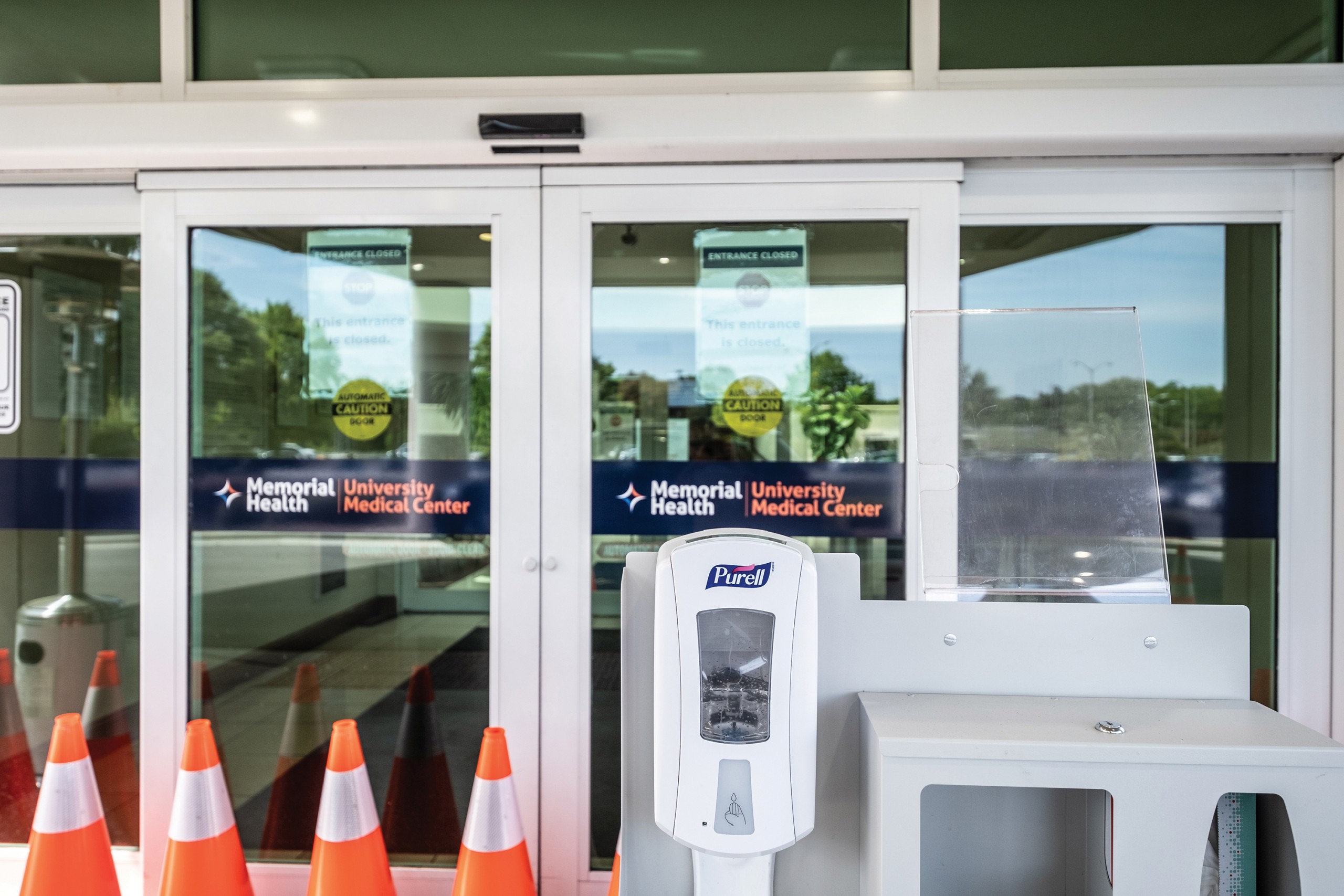 It has been almost two years since the term COVID-19 entered our vocabulary, bringing with it an entire glossary of new talking points and a wave of emotions. As a worldwide community we began dealing with everything from rediscovering family time or doubling our Tik-Tok intake to fighting our own fears, frustrations, all while facing the death of loved ones. That’s a lot on any day, but it’s especially challenging on a world stage where all of our foundations were shaken. Supply chain management, political tensions, and polarizing positions on how best to handle the health crisis have set the pendulum swinging, so how do we center ourselves again as a community and regain our balance? Most of all, how do we do it together?

It was early in 2020 that mentions of COVID-19 began appearing in the press. At that time, it was treated as just another strain of the flu. Politicians and headlines were split on how to respond much less handle the intel that was changing daily. On one hand international flights were canceled and argued as an over-reaction. On the other hand, city reps were encouraging the community to go about their business as usual while others called this reckless. Hindsight being, well appropriately enough, 2020, what we now know is how little we knew and how much we still had to learn. On January 30, 2020, the Director-General of the WHO (World Health Organization) put out a release stating that the coronavirus outbreak was a public health emergency of international concern (PHEIC), which is their highest level of alarm.

That’s where the rift began – like Robert Frost’s POV that “two roads diverged in a wood.” Unlike Frost’s poem however, neither road is “the one less traveled” – both sides are heavily populated with passionate perspectives and personal convictions, not just in the US but worldwide. Masks, massive closures of businesses, schools, and churches, hand sanitizer, quarantine, the “new normal,” “unprecedented times.” For every subject there were a thousand flashlights finding their way, and soon those flashlights started turning into torches.

A study was published by the US National Library of Medicine that looked at the media coverage from March to May of 2020 that uncovered how this political bias impacted how the pandemic was perceived and the major impact it had on actions. Using complex analytic approaches, the authors found that newspaper coverage was highly politicized, network news coverage somewhat less so, and both newspaper and network news coverage were highly polarized.

This polarization continued to grow in step with the rapid global rise in reported COVID cases and the frightening reality of a death toll we never thought we’d be watching. By the end of May 2020, there were over six million infections worldwide and almost 400,000 deaths.

These numbers, however, did nothing to alleviate the polarization surrounding the pandemic. Assurances had come a long way from “two weeks to flatten the curve.” Depending on the source we were “rounding the corner” versus “may not be back until 2022.” Some countries have chosen to forgo any lockdown since day one, while other countries would be experiencing their most stringent restrictions into the fall of 2021. Here at home, we found the same extremes as you crossed national borders with some states lifting (or never requiring) stay-at-home orders, while some are still encouraging closures heading into 2021’s Christmas season.

Enter the vaccine – a scorching hot topic in an already heated conversation. Not to be outdone by all the other controversies, it moved straight to the head of the class (the at-home, virtually streamed class of course), stirring angst from how fast it was completed and released (2020) to future debates on whether mandates were beneficial versus damaging, research trustworthy versus manufactured, mandates and medical privacy constitutional versus not.

Developed and approved for emergency use in the US by Pfizer, Moderna, and Johnson & Johnson, early claims changed the “herd immunity” goal to a suggestion that “majority vaccinated” would allow us to “return to normal.” Results both vacillated and evolved as the vaccinated were found to be still contagious carriers and informed that ongoing protection was not ensured without additional vax boosters, all of which required ongoing adherence to mask mandates, social distancing, and the like, whether vaccinated or not.

Adding fuel to fire, reports of complications began on an international scale became another avenue for debate. While most experienced no complications, the severity of reactions, including a small percentage of fatalities, kicked emotions into high gear for some.

Teams once again formed, both with legit concerns, one side feeling that the unvaccinated pose life threatening exposures, and the other side feeling vaccinations offer greater risk compared to survival rates and additional data. These issues engage us on a fundamental, foundational level and trigger us accordingly. These core controversies began to tear at the fabric of our communities, relationships, and nation – the instability threatening to compromise our physical as well as mental and emotional health.

The question of whether to vaccinate continues to rage now clogging courts with lawsuits between individuals, corporations, and federal and state governments in response to vaccine mandates. Various governmental agencies and major corporations have begun furloughing employees who refuse to get vaccinated, while the CDC itself admits not requiring employees to “get the jab” mandated for so many other doctors, pilots, athletes, teachers – key leaders and influencers in our communities. While many are vaccinated, some are either resigning or being terminated from lifelong careers in the wake of the mandates. So from life-and-death to livelihoods, these debates are hitting all of us – everywhere that counts. One way or another, we’re not getting out of this without talking about it together. So let’s talk: 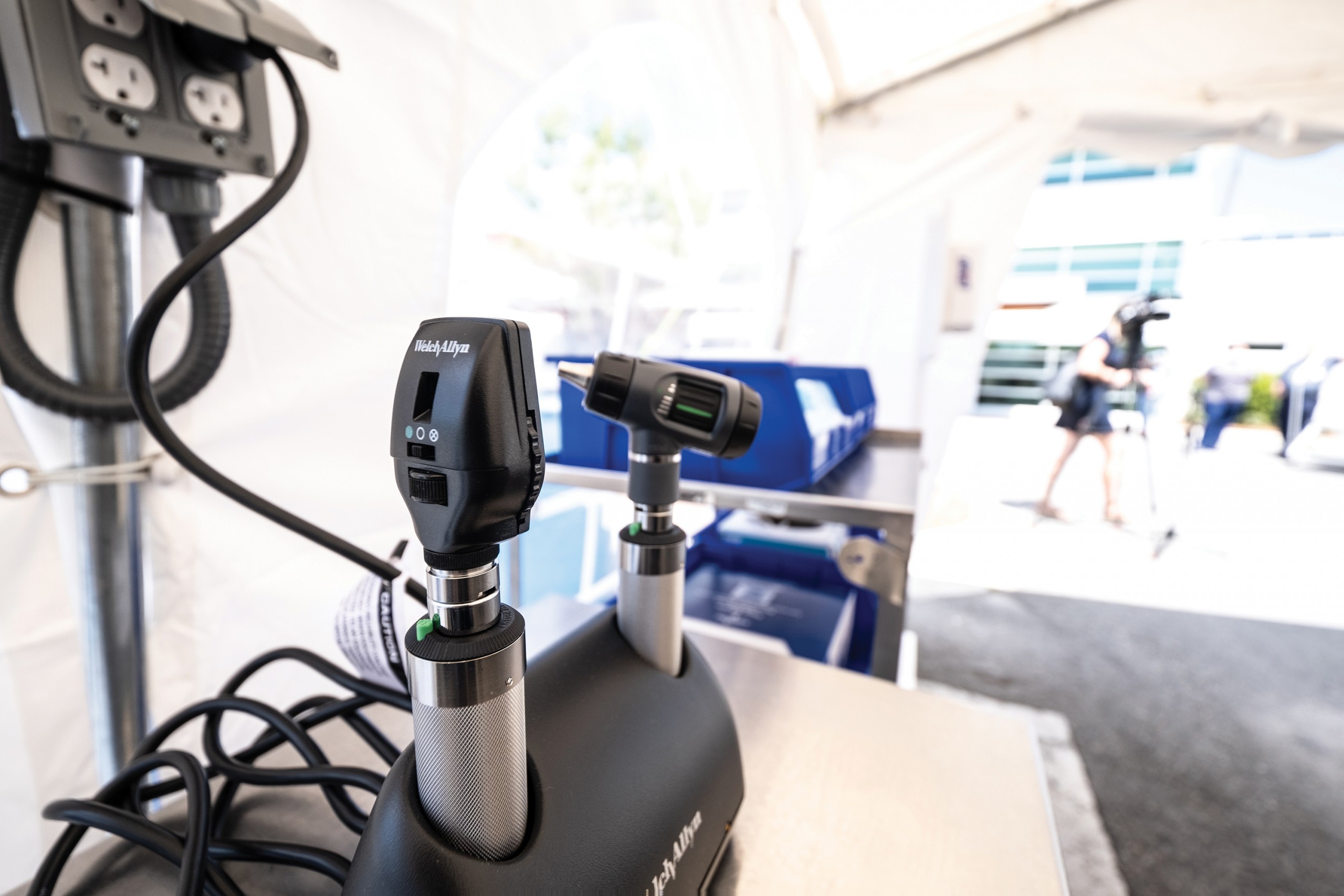 The split in public opinion does happen to fall primarily along traditional party lines politically. Research from the Kaiser Family Foundation (KFF) shows 93% of Democrats and 61% Republicans are fully vaccinated.

Stats on effectiveness have veered from majority hospitalizations in the spring of 2021 being vaccinated versus a majority in the fall being unvaccinated.

It took a hit again in November when the British Medical Journal revealed falsifications and “integrity issues” with Pfizer’s Covid-19 vaccine trial.

One consistency is the “unknown” as drug discovery journals like Nature Portfolio report both sides from the “exceptional speed” of clinical development and that that speed is “likely to underrepresent the risks associated with delivering a licensed vaccine.”

The seriousness of those risks is the most stated reason for resistance to vaccination, such as the risk of a rare condition called thrombosis with thrombocytopenia syndrome (TTS) reported with the J&J/Janssen Vaccine. Though rare, TTS is a serious condition that involves blood clots with low platelet counts. There are other vaccine options for which this risk has not been seen (Pfizer-BioNTech, Moderna). 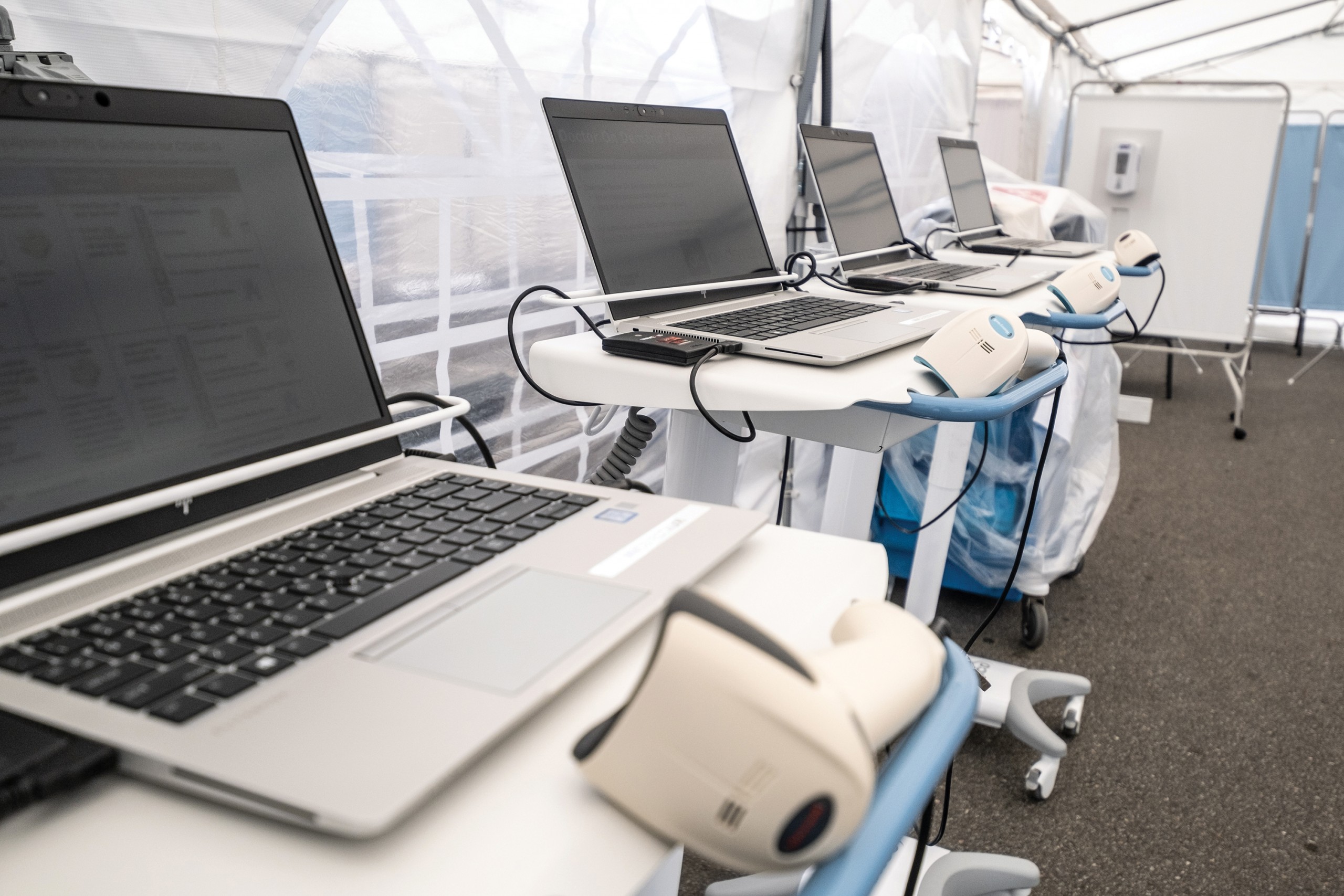 Paul P. Hinchey, President & CEO of St. Joseph’s/Candler stated, “We didn’t want to wait a minute longer than necessary to begin vaccination of our co-workers. . .  healthcare workers are at the front line and can demonstrate to the rest of the community better than anyone that the vaccine is safe and critical to the recovery of  our community, our state and our nation.”

Dr. Paul Offit, professor of pediatrics at the Children’s Hospital in Philadelphia is quoted in TIME as saying, “I think it’s reasonable to be skeptical about anything you put into your body, including vaccines.” He went on to detail how there had been four cases of Bell’s palsy in 22,000 of the vaccine (for a ratio of 1.2 per 10,000), which feeds the conversation on personal medical choice. 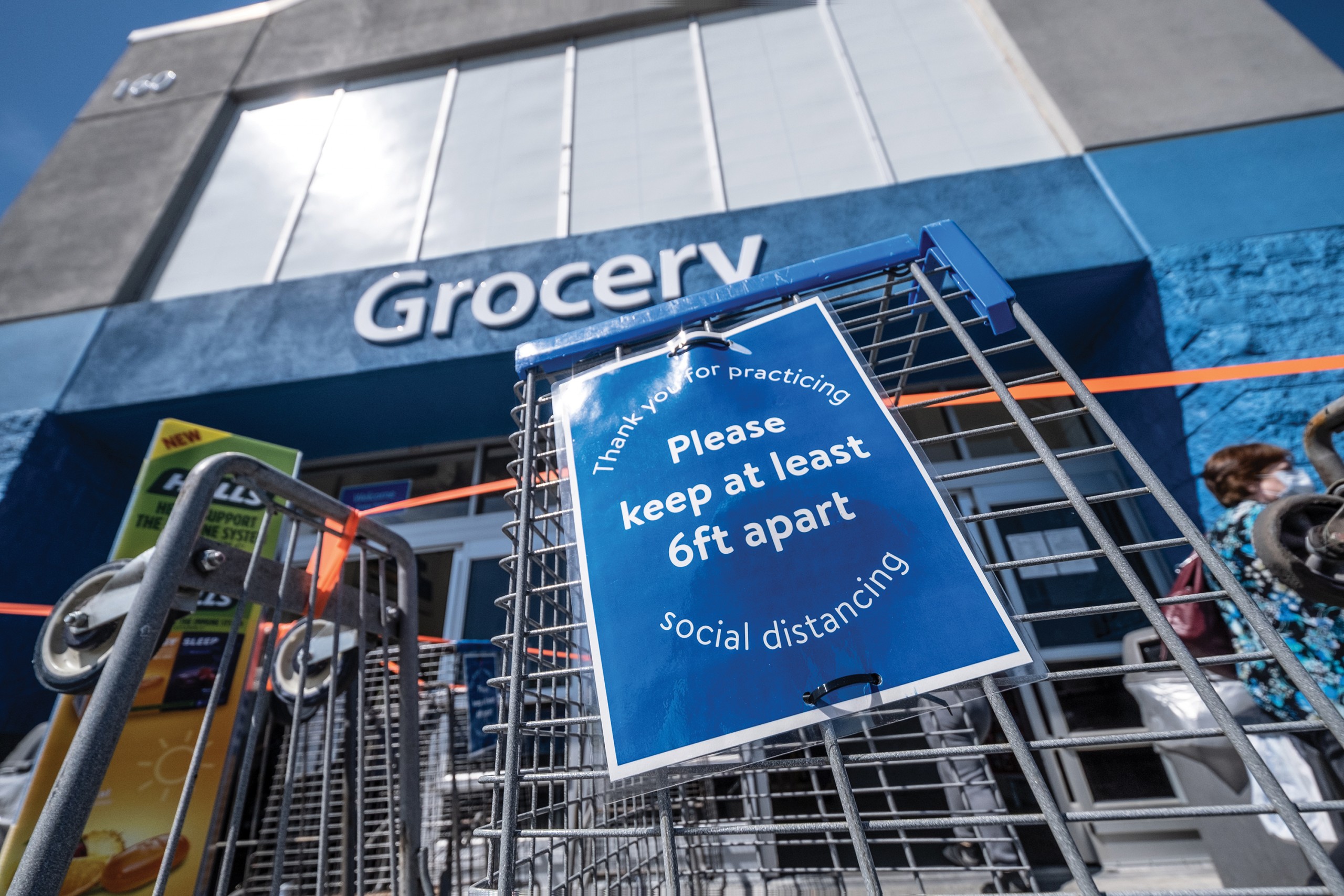 The classes of people for whom the vaccine may pose an issue and who have been arguing against vaccine mandates includes pregnant and breastfeeding women, people with severe allergies and autoimmune diseases and their families (due to studies about “exposure” to the strains introduced by vaccination), and young children. 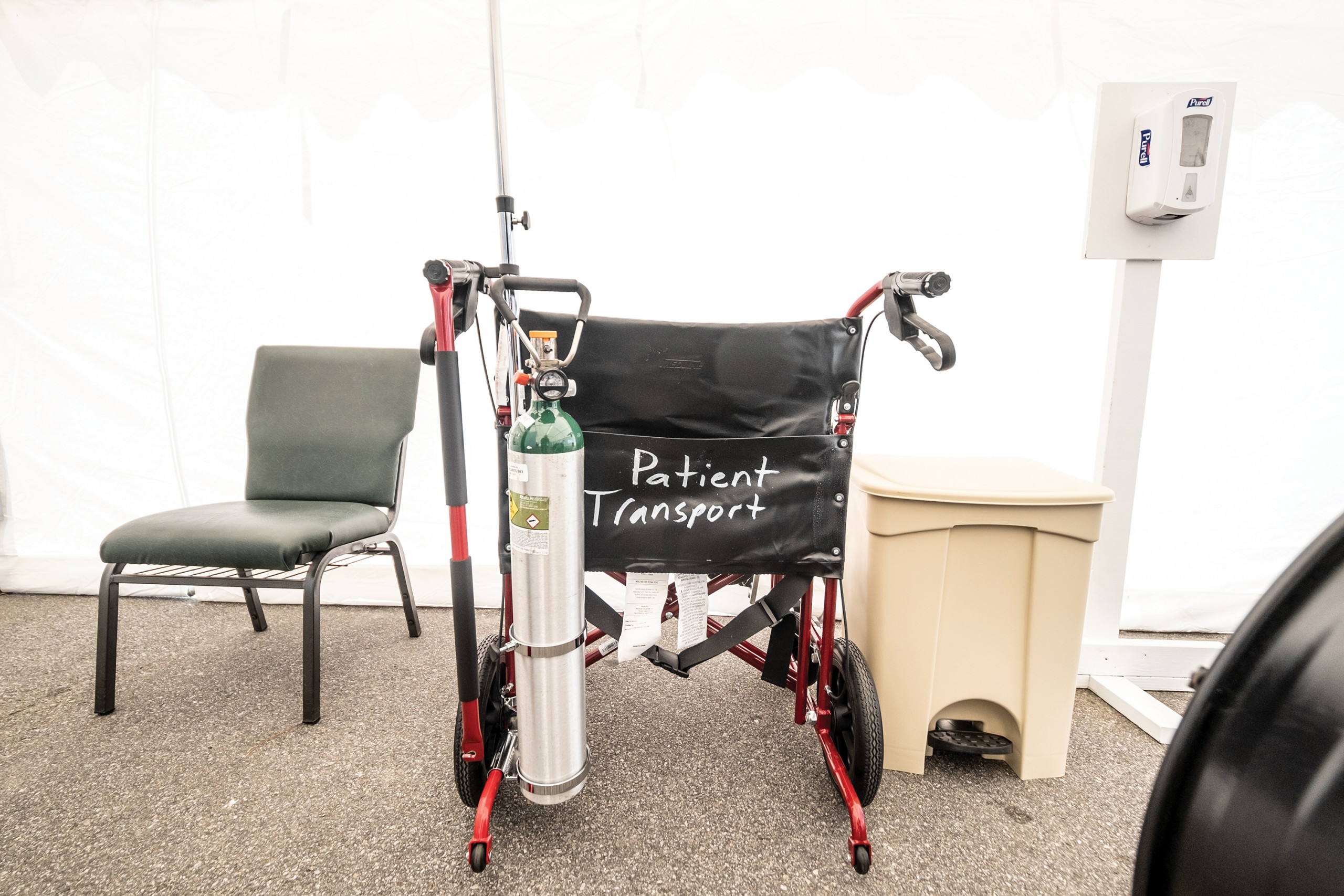 The percentage of those in a service industry leaving or losing careers is increasing to the point of impacting their respective industries. NPR reports that due to the number of health care workers quitting based on the vaccine mandate, the National Guard may be called upon in New York to replace them.

Court cases range from civil to federal, including municipal departments, like for instance Chicago Police. As of November 2021, a judge had blocked CPD’s vaccine mandate and because they’re unionized, an arbitrator must weigh in first, before immunization can be required for officers.

Patient X’s Savannah doctor has determined she is too immunocompromised to get the vaccine and has instead placed her on a regimen of hydroxychloroquine, a steroid, an antibiotic, and xyzal (antihistamine). Patient X has been taking preventative doses since the Pandemic started and has not become infected with COVID even though she has been exposed on more than one occasion. One of many crucial considerations in the “one size does not fit all” approach to medical care on the subject of vaccination. In Patient X’s own words, “The decision on who should get vaccinated should be between the doctor and the patient.”

On both sides of this issue is one common thread: The Sanctity of Life and caring for one another. With data changing position on the daily, it’s more challenging than ever to establish a firmly fact-checked foundation on which to stand. It is however a solid rock on which we can (and should?) dim the discord and dial up the dialogue, discussing the strongest way forward for the well-being of our families, our neighbors, ourselves. Arguments escalate and will likely continue. But conversations have constructive potential. Figuring out where to stand, or even what information to trust can be difficult. Sharing perspectives, experiences, reasons, and respect moves us toward a common goal of personal and public health and well-being.