The Jekyll Island treasure hunt is on! Now through February, visitors can search for hidden globes at all of Jekyll’s must-see sites.

One-of a kind glass globes are reminiscent of markets once used by island fisherman to mark nets and traps./Photo courtesy of Golden Isles CVB

Make like a pirate and set your sails for hidden treasure! The annual “Island Treasures” event is a two-month-long campaign on Jekyll Island that promises beautiful views, fun memories and the chance at real treasure.

The Jekyll Island treasure hunt is governed by “100% finders keepers rules.” Participants should be on the lookout for clear globes hidden in hotspots and must-see locations across the island by “Beach Buddies,” or designated treasure planters. A map of likely treasure locations shows that good places to check out are Historic District, Driftwood Beach, Horton House, Beach Village and Great Dunes Parks and St, Andrews Beach Park. Clear globes are hidden constantly throughout the day and can be taken to the Jekyll Island guest Information Center during operating hours to exchange for a glass globe. 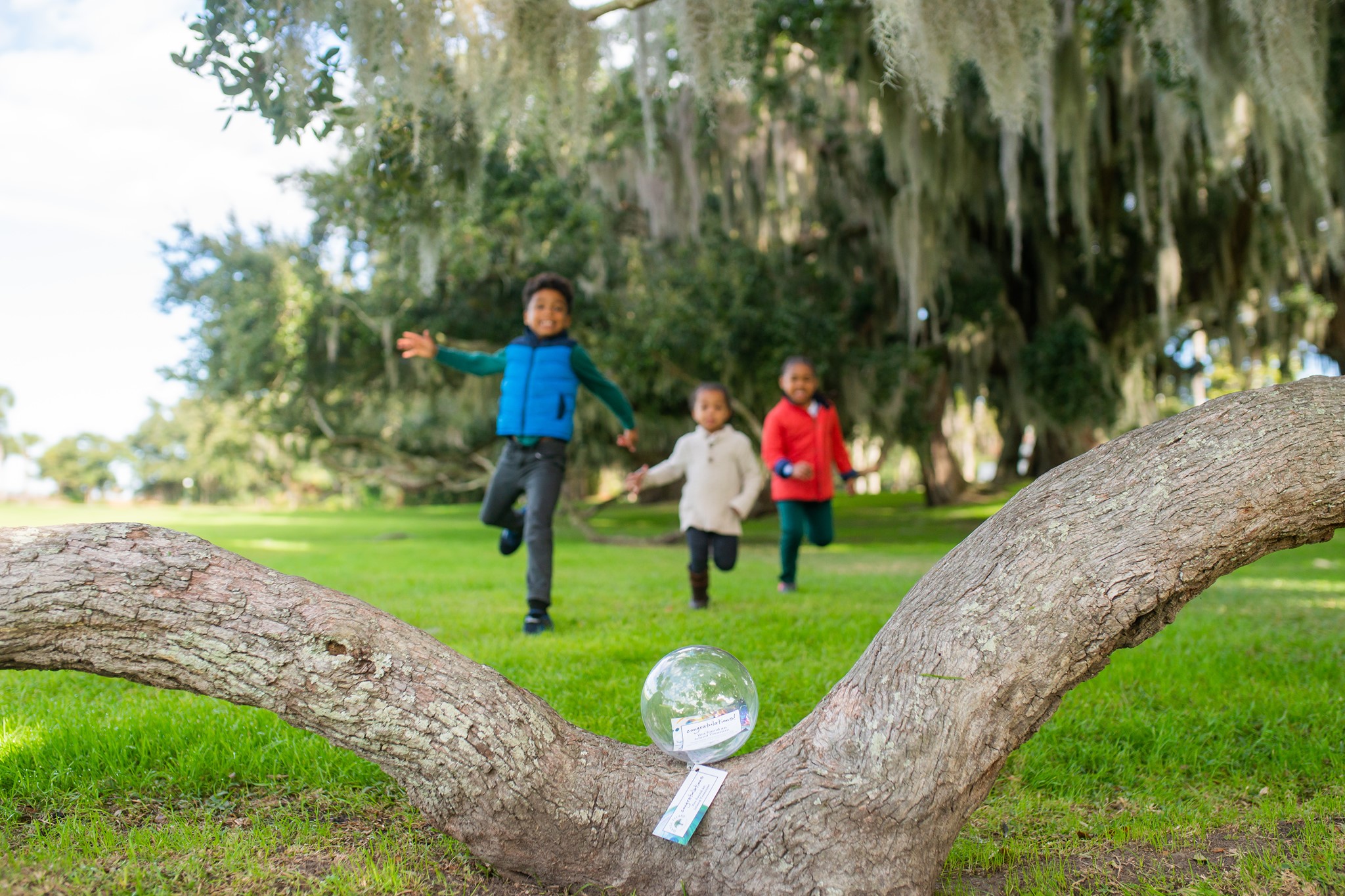 Hunt for treasure is a family affair! / Photo courtesy of Jekyll Island.

The glass globe treasures are reminiscent of hollow glass balls island fishermen used to use to mark nets and traps. Occasionally, these markers would break loose and would become rare souvenirs for Jekyll beach-goers. Today, the glass treasures are produced by hand-picked artists across the US and each globe is one of a kind!

The best tip for finding a globe, according to the event page, is to be in the right place at the right time. It’s true that globes are continuously hidden throughout the day; however, as the major sites grow busier as the day goes on, “Beach Buddies” have less opportunities to stealthily hide globes out of sight. We recommend starting your hunt as early as possible to beat the crowds, especially on weekends!

The hunt is ongoing between January 1 and February 28, 2021. More details on the campaign and frequently asked questions can be found at www.jekyllisland.com/signatureevents/island-treasures.

Want to learn more about Jekyll Island and what to do once you get there? Check out South’s guide: “Jekyll Island: Explore Georgia’s Golden Isles.”