Grace + Grit: From Savannah Chassés to the Wings of Pigeons

In search of a deeper connection with her audiences, contemporary ballet dancer Gabrielle Lamb took a 5x8 Persian rug from her NYC apartment and began performing around the city. 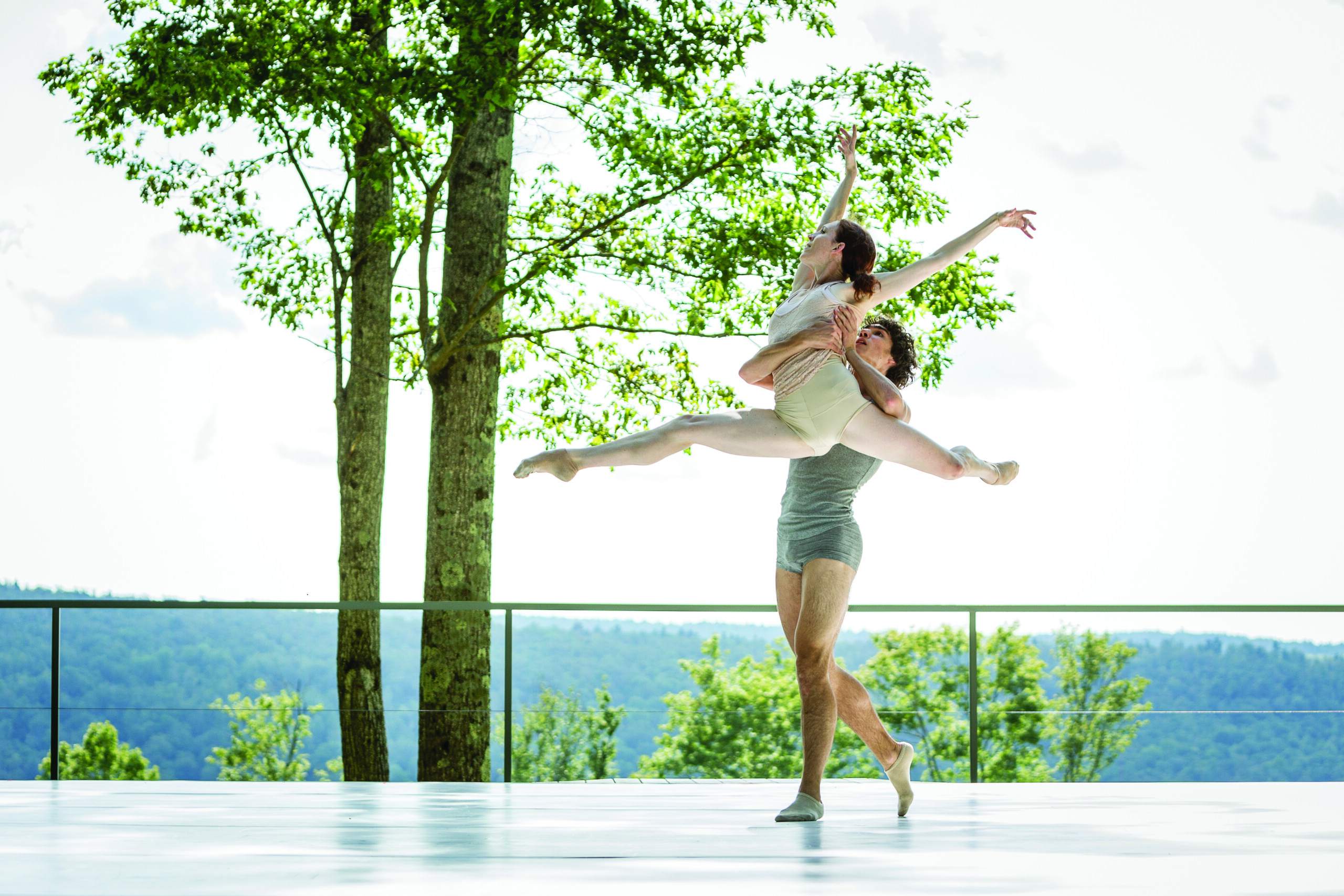 To pursue her dream seriously, she had to make moves to “larger cities, larger companies,” eventually leaving Savannah to travel and perform, both domestically and abroad.

The dancers in her troupe – Pigeonwing Dance in NYC – are all trained in ballet but come from varying backgrounds such as hip-hop and voguing. Lamb boasts a laundry list of awards, citing her Guggenheim Fellowship, Princess Grace Award and choreographing for the American Ballet as just a few highlights of her career.

When asked about her outlook on the health and wellness industry and the seemingly incessant need to look perfect, Lamb attests to a lack of fulfillment if the only goal is to look thin. To Lamb, “Ideally, we would all find a physical practice that would help us to feel happier.” Lamb says she can’t go more than a few days without moving her body but that when she does slow down and take time for herself, self-care comes in the form of a hot bath or lounging with one of her three cats, and maybe a nice slice of cheese with a little nut butter spread on.

South: Tell us about your start in ballet and dance. Did you begin while growing up in Savannah?

Gabrielle Lamb: I did. I started when I was four-years-old but I didn’t like wearing tights. I began again when I was five-years-old at the Savannah Montessori School for the Performing Arts which had, because it was a former Elks Club, a beautiful ballroom with incredible, high ceilings, which is now the dining room of the restaurant (Husk). I had a teacher that I very much admired who was one of the dancers in the Savannah Ballet company and she was maybe the first teacher who really inspired me to become a dancer at the time.

S: And then you went to Boston, correct?

GL:  When I was 15-years-old I went away to Boston Ballet School and that’s where I graduated from high school. From the time I was 12, I had been going away in the summers for more intensive training because most people who, at the time, were training in Savannah, were doing so recreationally and did not intend to be professional dancers. I kind of knew from the time I was five that I wanted to dance professionally. 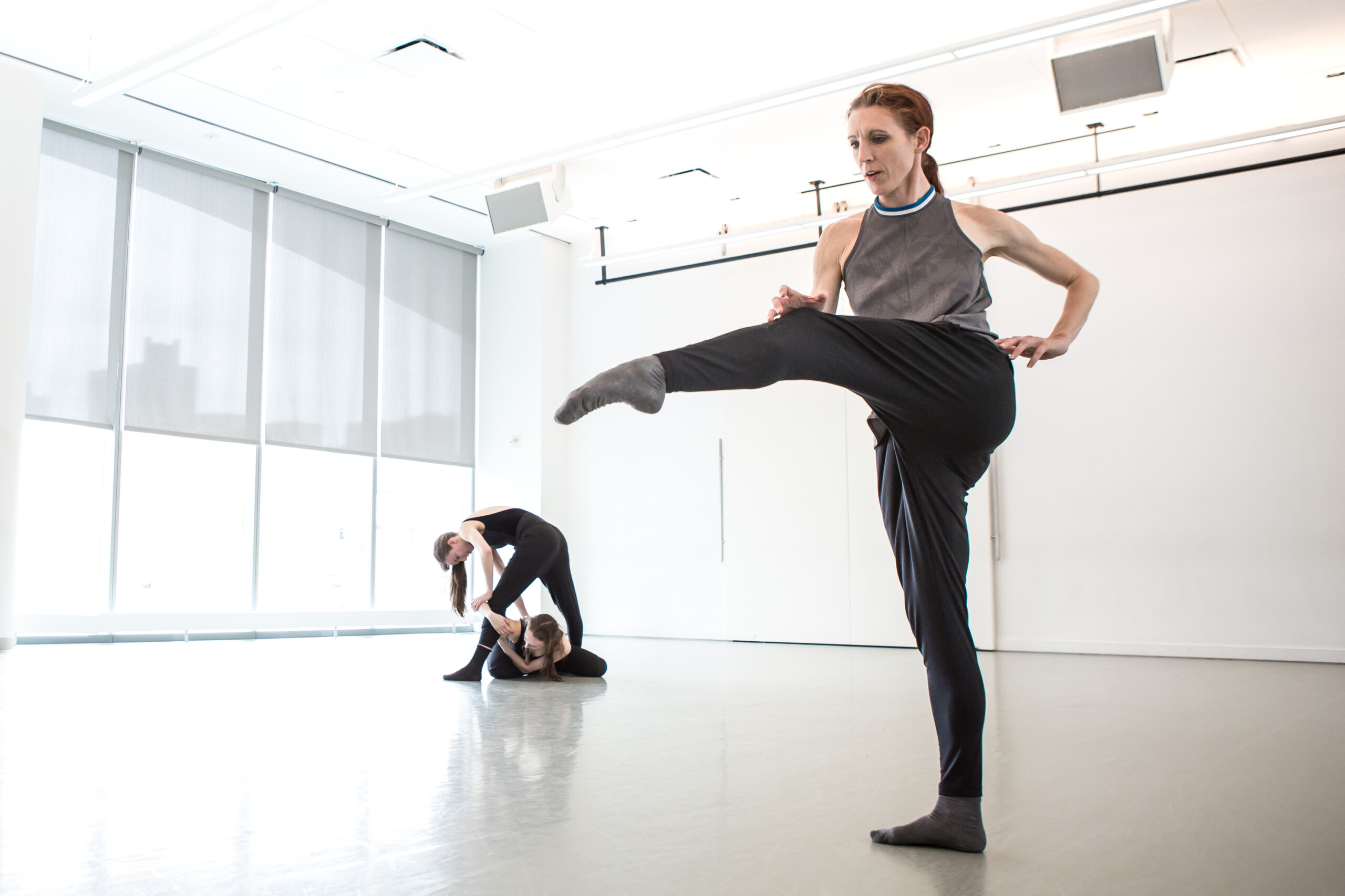 S: Tell us about Pigeonwing Dance. How was it born?

GL: I decided that I wanted to focus more on choreography and to freelance as a dancer and so I came to New York and started doing that. Now, I do still perform but only in my own work. It was sort of a gradual progression to choreographing more and performing less in other people’s work. I didn’t call it Pigeonwing until I’d been doing it for about five years and it seemed to have grown enough that it needed a name. And I didn’t want to name it after myself.

S: How have audiences reacted to your public performances?

GL: Children can sit and be interested in abstract dance for a surprisingly long time. I think it was a tremendous relief to their parents to be able to sit there with their small children and watch the same thing and be interested. And for people to come and tell us that our performance meant something to them, that is very special.

S: Where does the name ‘pigeon wing’ come from?

GL: I think it’s more from the world of tap. It was a name that came up in the FSOs when I looked for names of dance steps and I thought, “So stupid.” But I put it on a post-it note with all of my other possible names and had a tournament and eliminated things and then finally it was like, “Oh, well…Pigeonwing. That’s what it’s gonna be.” You know? It has a New York flavor. Grace and grit. There’s something I came across that said in the dictionary of American regional English, the term to cut a pigeon wing means to execute an intricate dance step with grace. 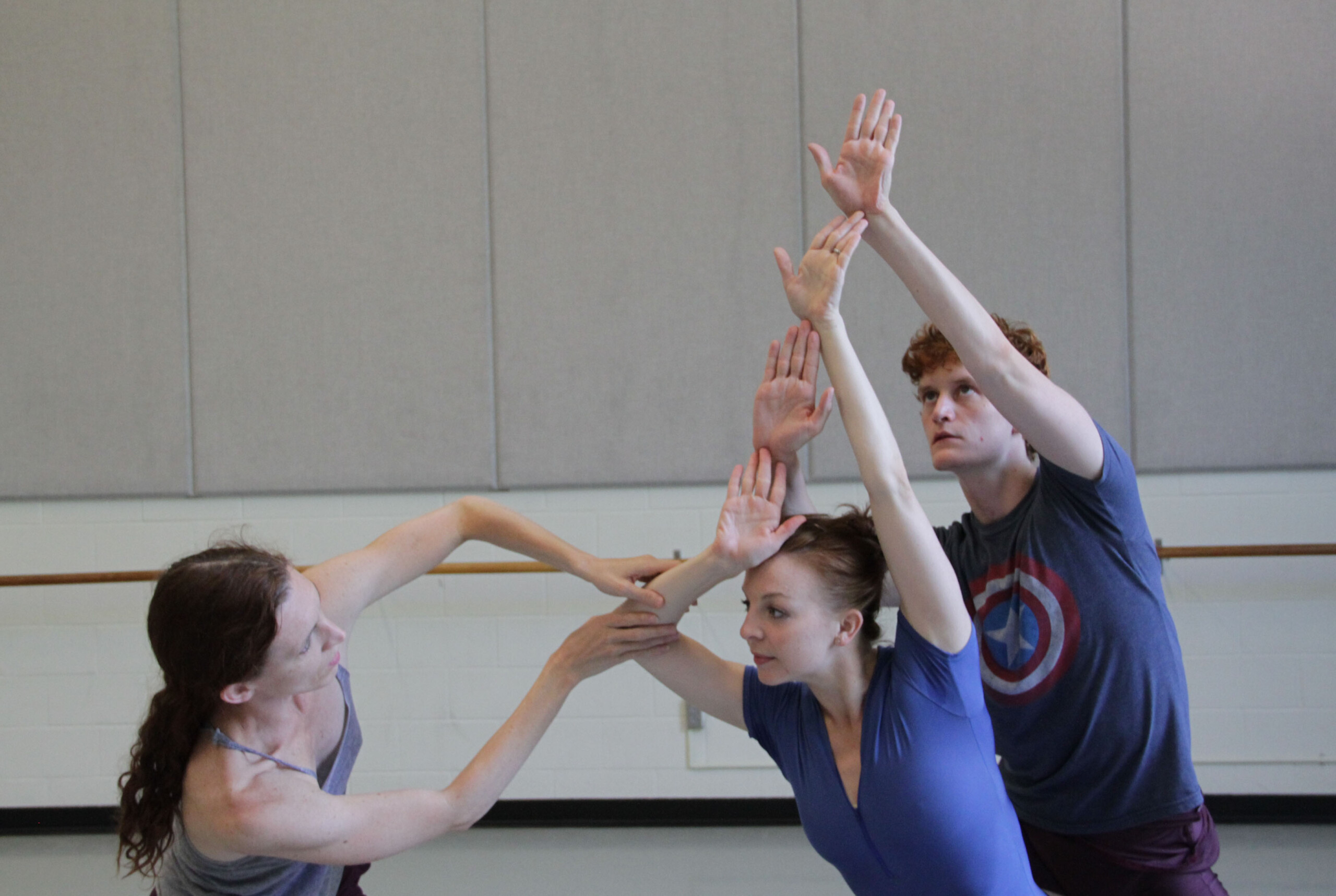 S: How did the pandemic affect Pigeonwing?

GL: Up until the pandemic, we were doing a certain kind of work. In theaters, black boxes. And when the pandemic came along, of course it shut down everything having to do with dance. And so we started doing what has become maybe our signature project which is the carpet series. This started on a five-by-eight Persian carpet that was actually in my front room that I used for dancing. That was the only place I could dance in the beginning of the pandemic. It was like, well, this is where I can rehearse but I don’t want it to be in my apartment. So, I’m going to take the rug out into my neighborhood. If you dance outside on a rug people are very interested in what’s going on. I didn’t expect it but this sort of public art, dance as public art, has become our signature.

S: You have an impressive list of awards and honors and prizes and fellowships. Maybe it’s outside of these awards and prizes but what is the thing you’re most proud of?

GL: I mean, I would say the carpet series. That for me is like the feeling of success that I had never quite had in terms of connecting with audiences. What you see in front of you is total darkness because the lights are so bright. There’s this disconnect with the people that come to see you. And so I think, you know, finding a way to actually see who’s seeing you and to really connect with audiences in a meaningful way and to make them feel welcome, that to me was a feeling of making two things connect. Until finding a way to do this as public art, it felt like it was a bit disconnected from the process. 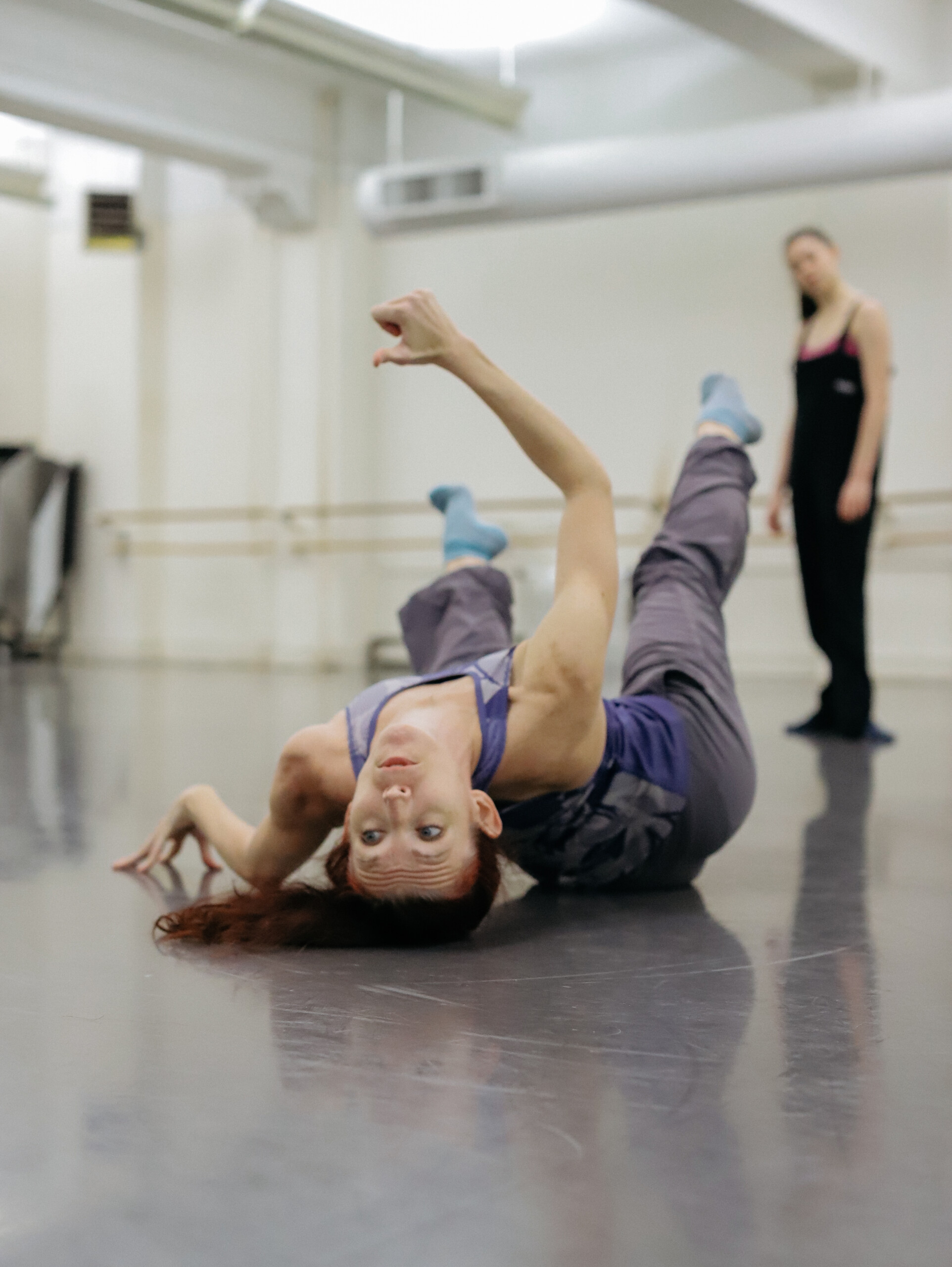 S: Outside of dancing, what’s your favorite form of exercise?

GL: Okay, so I do ballet classes still, several days a week. I teach classes and I also take a house dance class, which is like a hip-hop style. I try to do that once a week, learn a new form. I do yoga. I do a little pilates…I would not say pilates is my favorite of anything but it’s very helpful in keeping me healthy.

S: Do you have a favorite healthy recipe or snack?

GL: I like to put almond butter on a slice of gruyere cheese.

GL: It’s really good. But it could be peanut butter on cheddar. It’s just like, a nut butter plus cheese. It sounds disgusting. I thought it sounded disgusting the first time I heard about it but it’s like whenever I come in the house and I’m starving and angry, that’s what I need to eat.

S: What do you miss the most about Savannah, other than your family and friends?

GL: I miss things being within walking distance. We lived a very pedestrian sort of life in Savannah. So I miss that. Savannah’s a very beautiful place. New York is…not necessarily always beautiful so I miss that. And the quiet. • 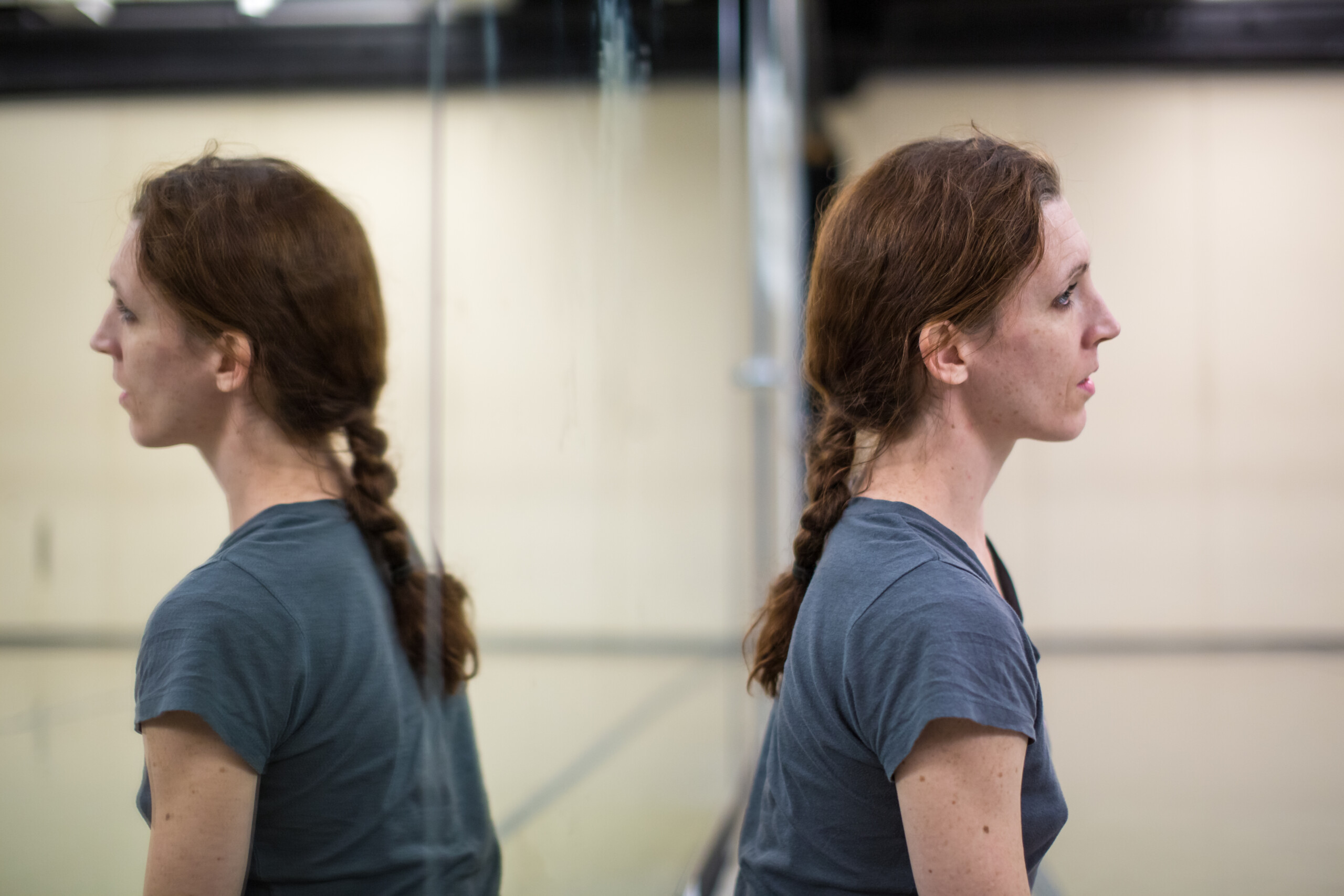