To be a Southern photographer is to capture images of a region with vast natural beauty, distinctive culture, complex history and inexplicable ethos. South presents the second of two installments of curated works from the greatest photographers wandering the Southeast.

To be a Southern photographer is to capture images of a region with vast natural beauty, distinctive culture, complex history and inexplicable ethos. South presents the second of two installments of curated works from the greatest photographers wandering the Southeast.

We often see images of celebrities and rarely do we get a glimpse of the amazing talent that works painstakingly on shooting and creating the images that make the famous look spectacular. Meet some of the South’s Greatest Celebrity photographers. 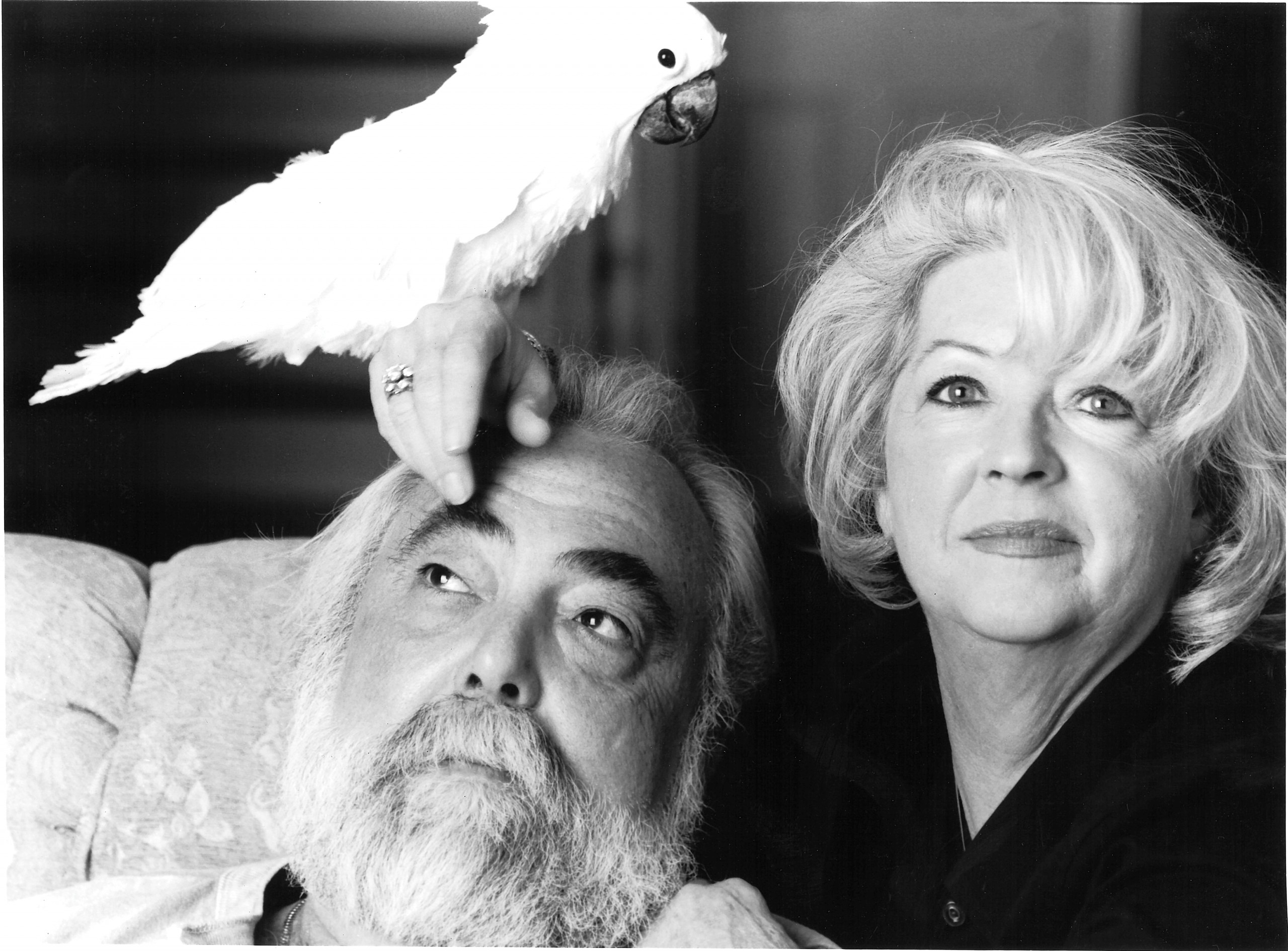 “Paula was always trying to help me further my photography,” said Hopper. Deen welcomed Hopper to her home and got this shot with husband Mike. @angelahopperphoto

Angela Hopper worked at Lady and Sons back in the 2000s. She was taking a documentary class and decided to do a story on the restaurant. “Paula was always trying to help me further my photography,” said Hopper. Deen welcomed Hopper to her home and got this shot with husband Mike. @angelahopperphoto 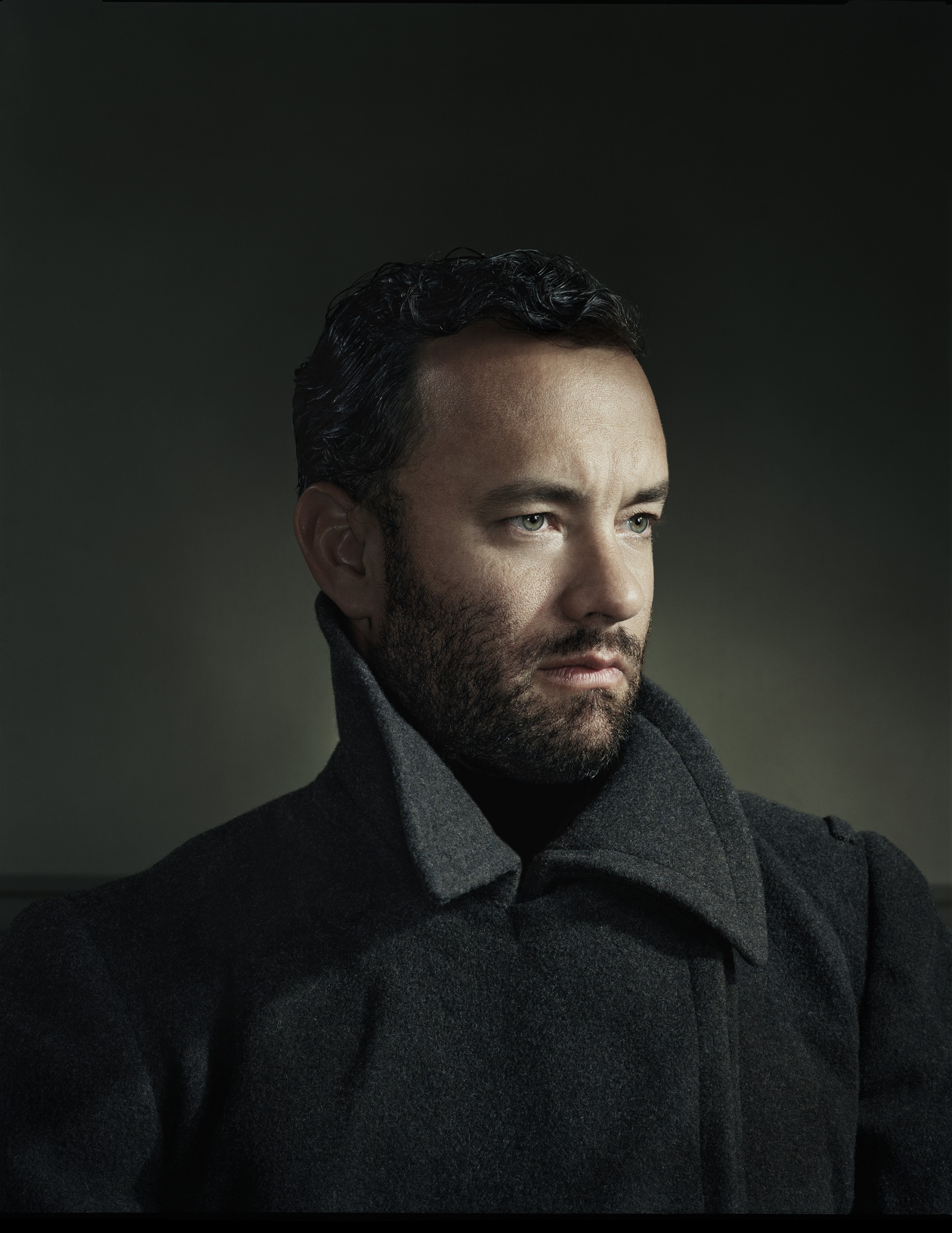 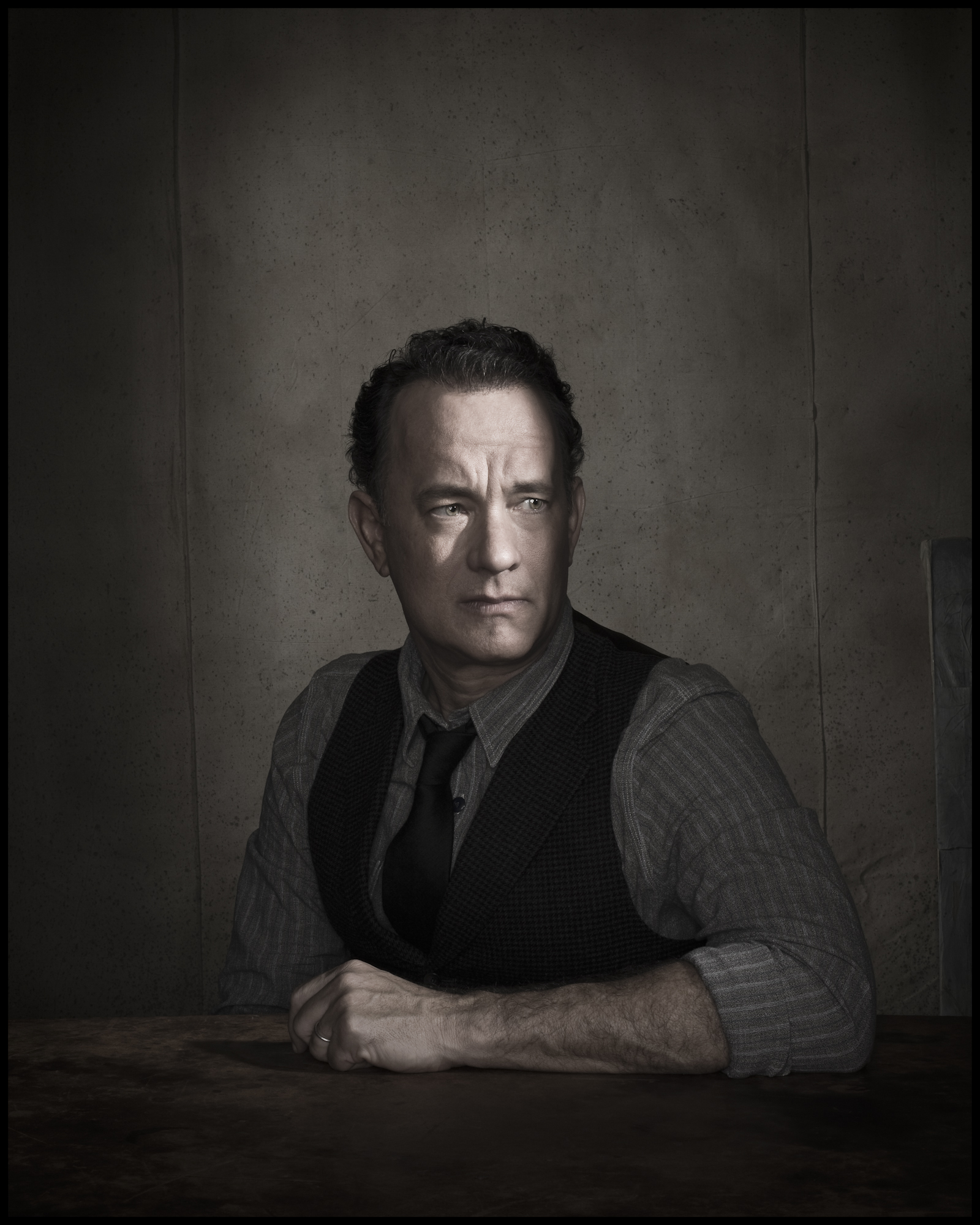 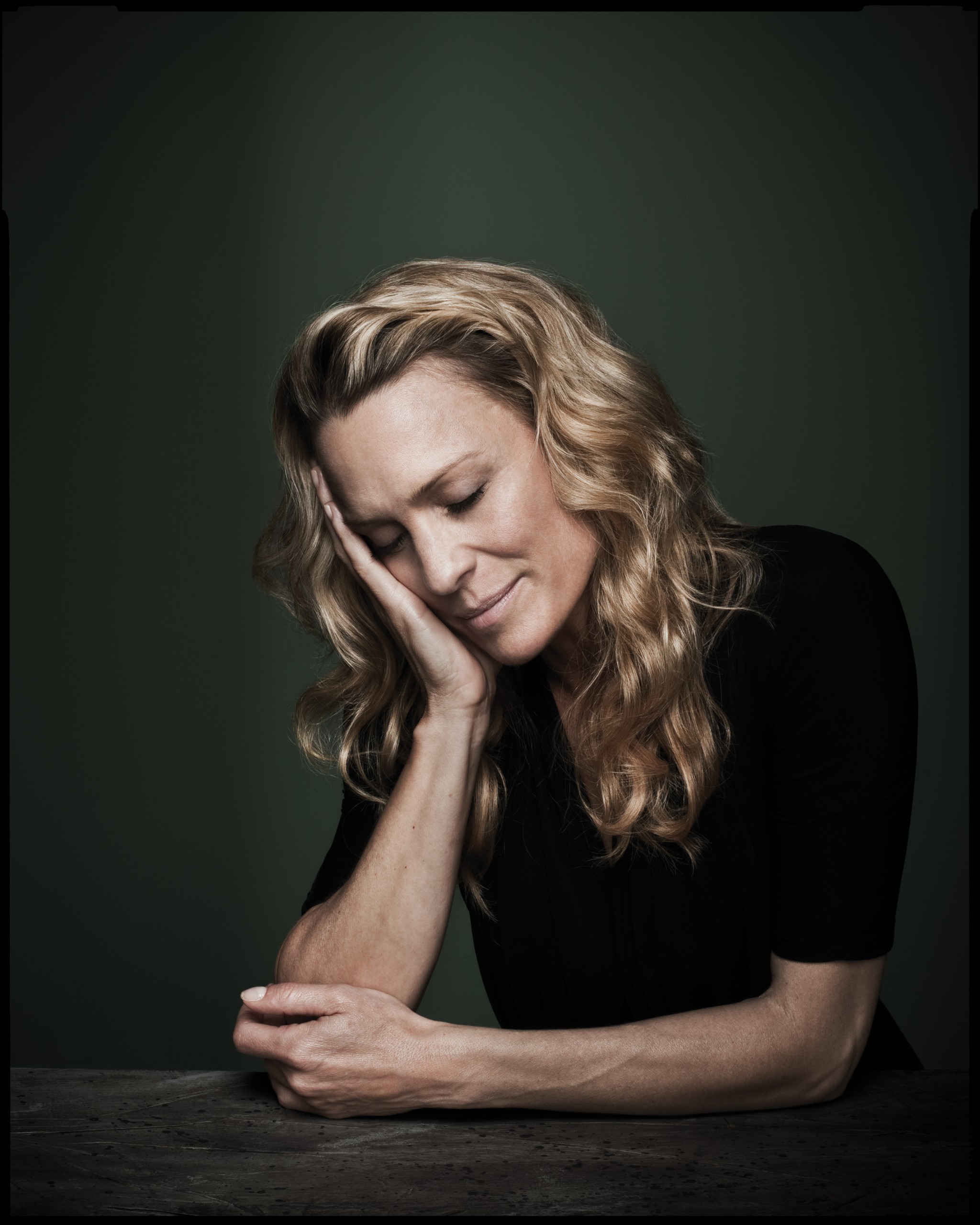 Robin Wright and Tom Hanks – aka: Forrest and Jenny, shot in Los Angeles, Calif.  This year marks the 27th anniversary of the theatrical release of “Forrest Gump” (July 6, 1994). @danwintersphoto 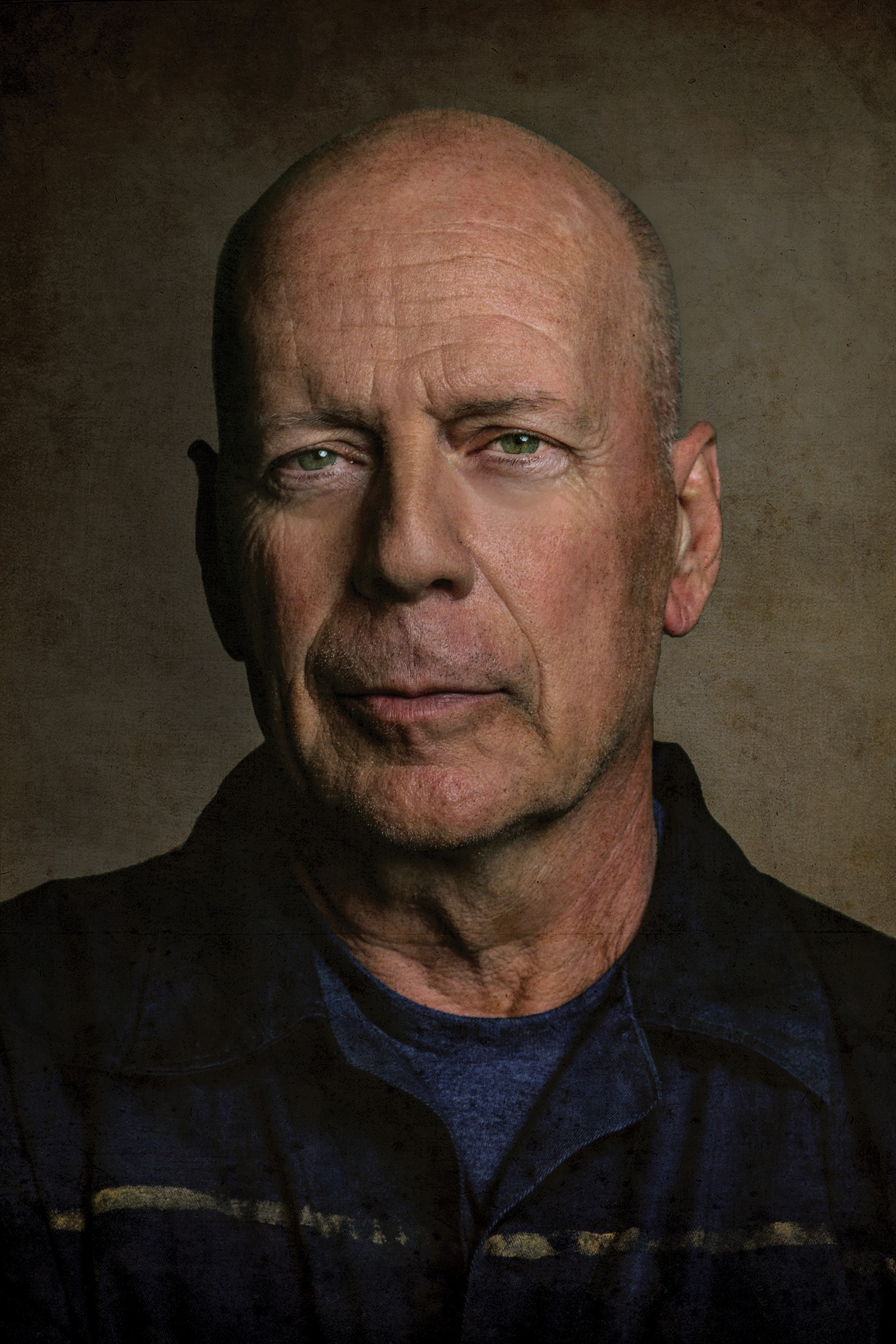 “Working with Bruce Willis was something that I had never really anticipated. My friend and actor Alexander Kane introduced me to Bruce. It was only the second movie I had ever worked on. I have worked with Bruce a handful of times now on various films since 2019. He is such a landmark of a human being. I recall him sitting down with me once while we were on set in Jackson, Mississippi. We talked about life, traveling and family. He chuckled as he told me a story about watching several elk casually trot through the snow in his backyard earlier that winter. We didn’t talk about work or his career or mine. Having a normal but meaningful conversation with Bruce Willis is something I will never forget.” 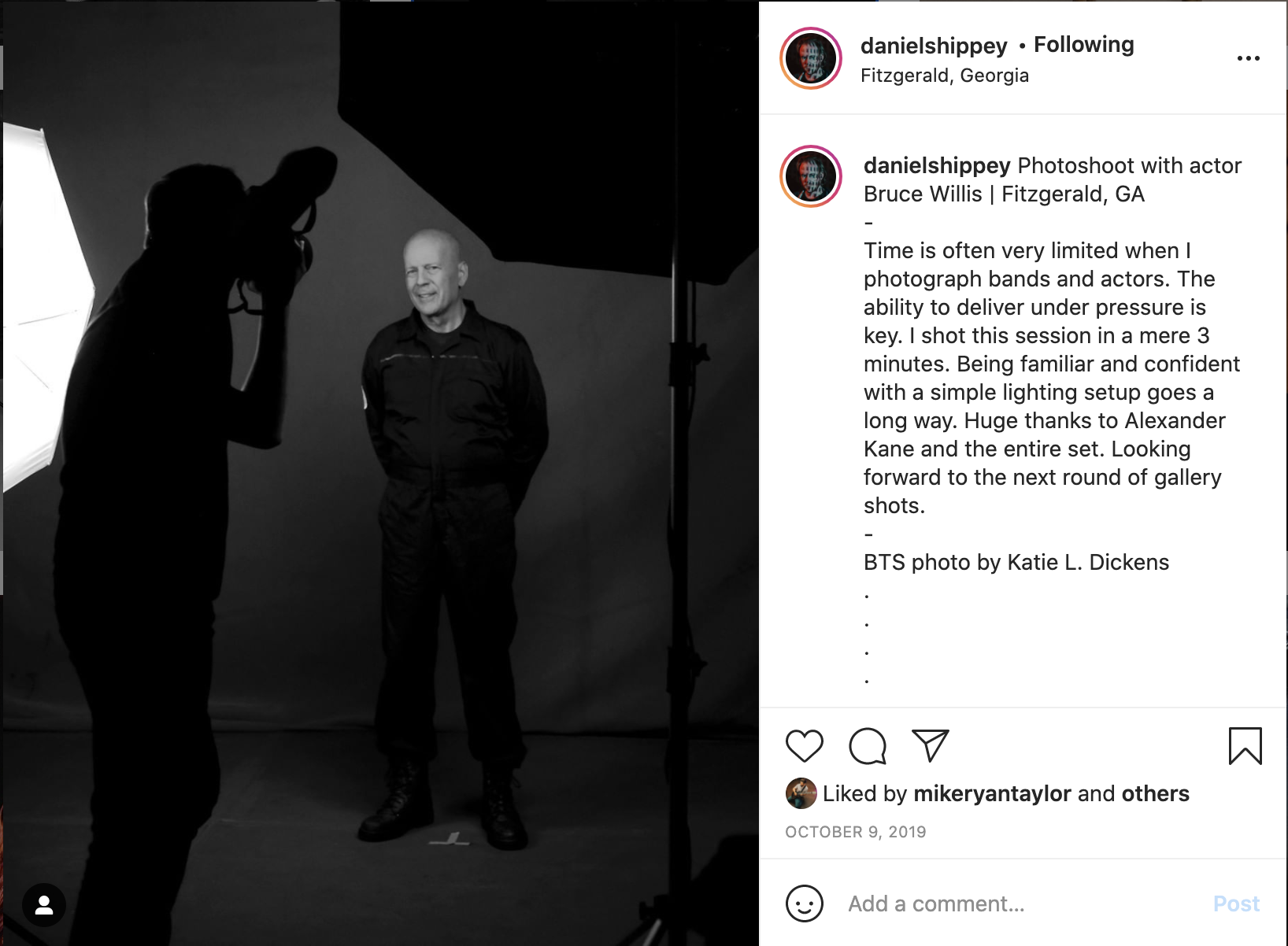 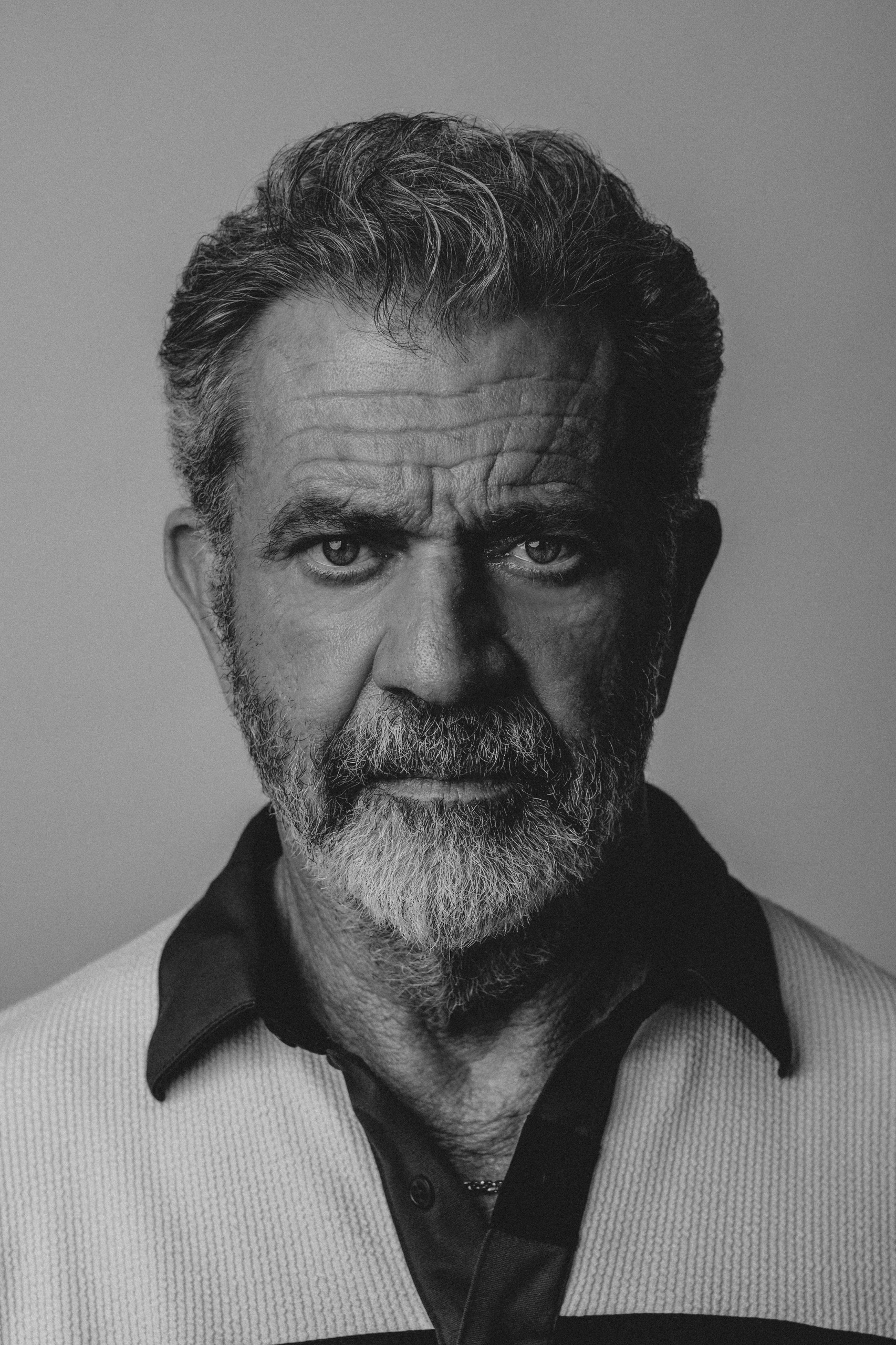 “Mel Gibson was so entertaining to be around on set. Perhaps my favorite memory was photographing him in the makeshift studio I had to set up in my hotel room. It was just so bizarre yet also pretty cool working with someone like Mel out of my very humble hotel room in South Georgia.” (On the set of “Bandit,” 2021).

“Mel Gibson was so entertaining to be around on set. His attitude was always so positive and relaxed. It was really interesting listening to him tell stories about being on sets all across the globe. Perhaps my favorite memory was photographing him in the makeshift studio I had to set up in my hotel room. There was no other place to do the photos so we had to settle for that. The room was packed with crew members, props, wardrobe items and hair & makeup tools. “Here, let me move my suitcase,” I said to him as he entered the room. It was just so bizarre yet also pretty cool working with someone like Mel out of my very humble hotel room in South Georgia.” 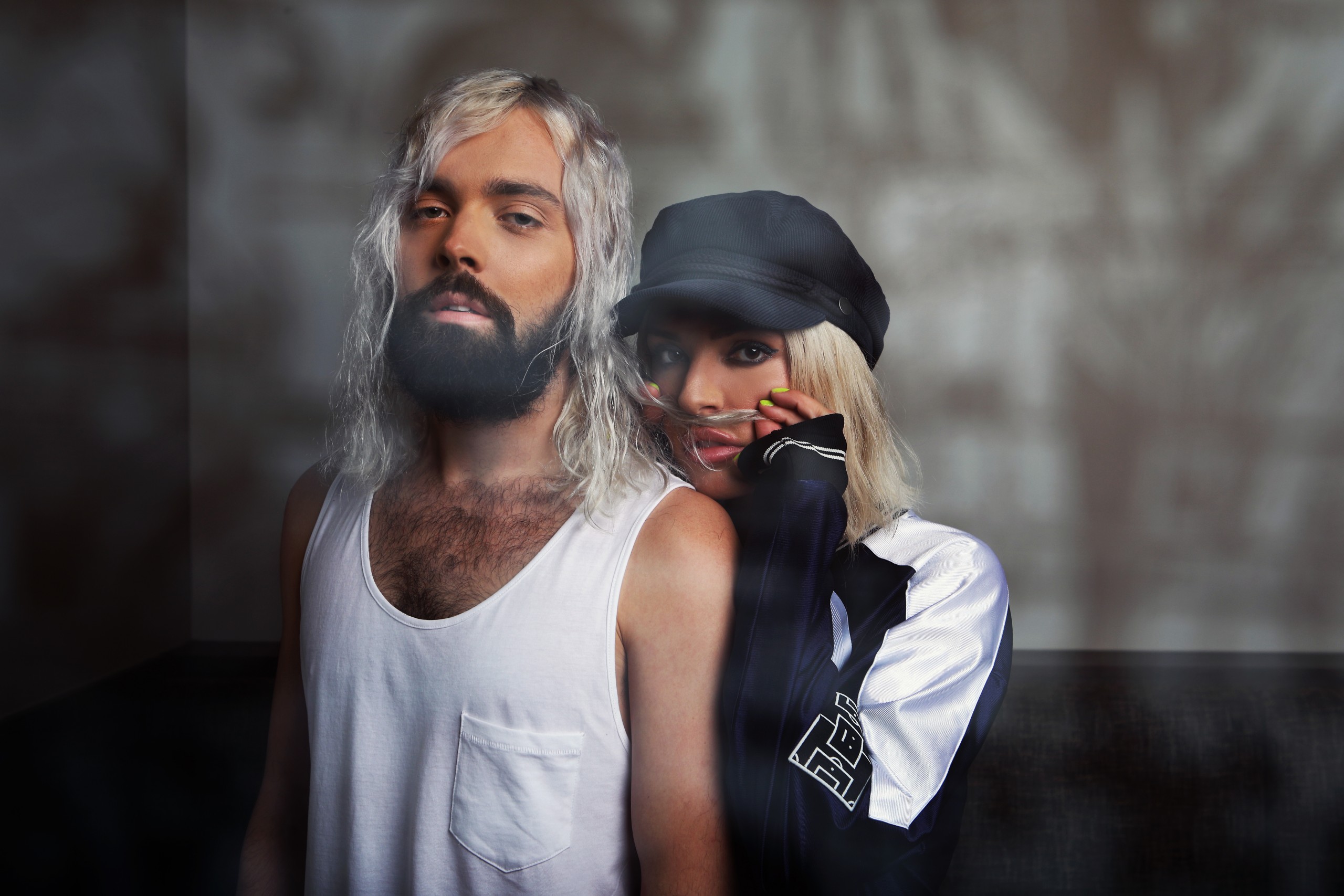 “I was living in Nashville, TN at the time when I met Flora Cash before their show at Ascend Amphitheater. Some great ole friends of mine were on tour with Flora Cash as touring musicians and crew. They invited me to come meet the band and told me that the hand might even be interested in some photography. I met with them in the greenroom and immediately brought out my camera and lighting gear. We did a brief shoot but one that I felt was very creative per the circumstances. I talked with members Cole Randall and Shpresa Lleshaj after the shoot and before they took the stage. Somehow faith came up. I wasn’t expecting that but welcomed it. We talked about other deeper aspects of life as well. They didn’t know it but I was struggling financially at the time. I didn’t anticipate any form of payment and viewed the shoot solely as good material for my portfolio. I have never shared this story until now but Shpresa gave me a $100 tip. I didn’t ask for it but that token of appreciation allowed me to buy groceries that week until my next gig. A few months later, I received a call from the band’s management and Sony Records. They told me Flora Cash decided to use one of my photos for the cover of their album Baby, It’s Okay. I can’t tell you how excited I was.” 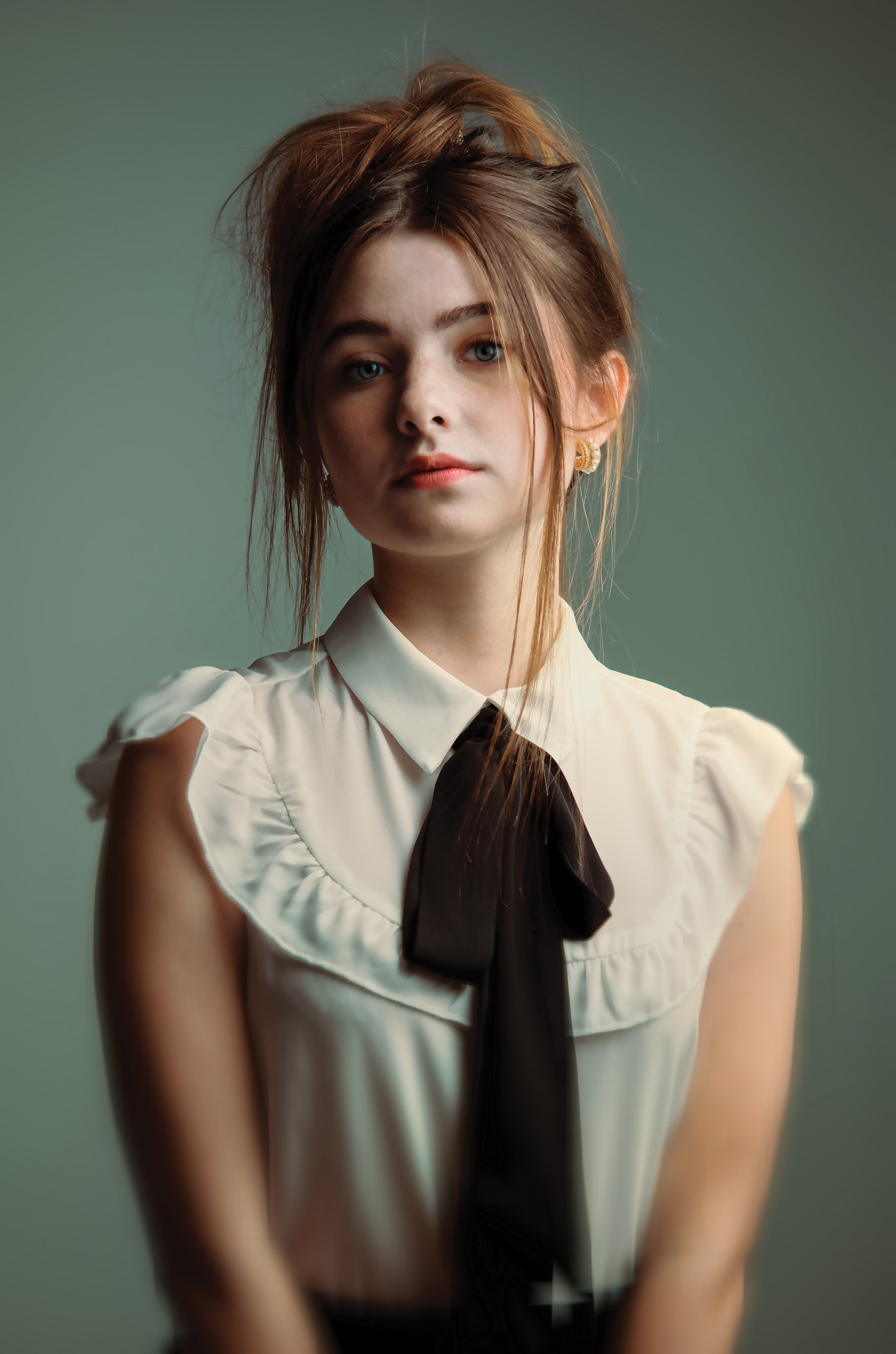 Marcelle LeBlanc says: “Booking isn’t what makes you successful. In any successful career all you see are the yeses that put someone there; what you don’t see are the 1000s of nos.” Wanting to create opportunities for other kids, at just 14 years old, LeBlanc created S.T.A.R.S. – Supporting The Arts through Resource and Scholarship.

Marcelle LeBlanc’s Insta is filled with the life and career of an 18-year-old broad-range actress who’s appeared on everything from Stranger Things and Criminal Minds to the Civil War epic Union and TV Movie The Waltons. But in convo, you find a seasoned industry veteran with wisdom beyond her invested years.

“You have to be in it for the long haul,” she says with trademark LeBlanc enthusiasm and unexpected gravitas. “Booking isn’t what makes you successful. In any successful career all you see are the yeses that put someone there; what you don’t see are the 1000s of nos.”

More impressive is how LeBlanc is giving back already: Struggling as a child, it was landing the role of Annie at the historic Virginia Samford Theatre in downtown Birmingham Alabama that was transformative personally. Wanting to create opportunities for other kids, at just 14 years old, LeBlanc created S.T.A.R.S. – Supporting The Arts through Resource and Scholarship.

With a career that’s already storied and just getting started, LeBlanc says what she works at the hardest is not being hard on herself, enjoying the doors God opens or closes, and being grateful. She succeeds at this and makes it contagious. 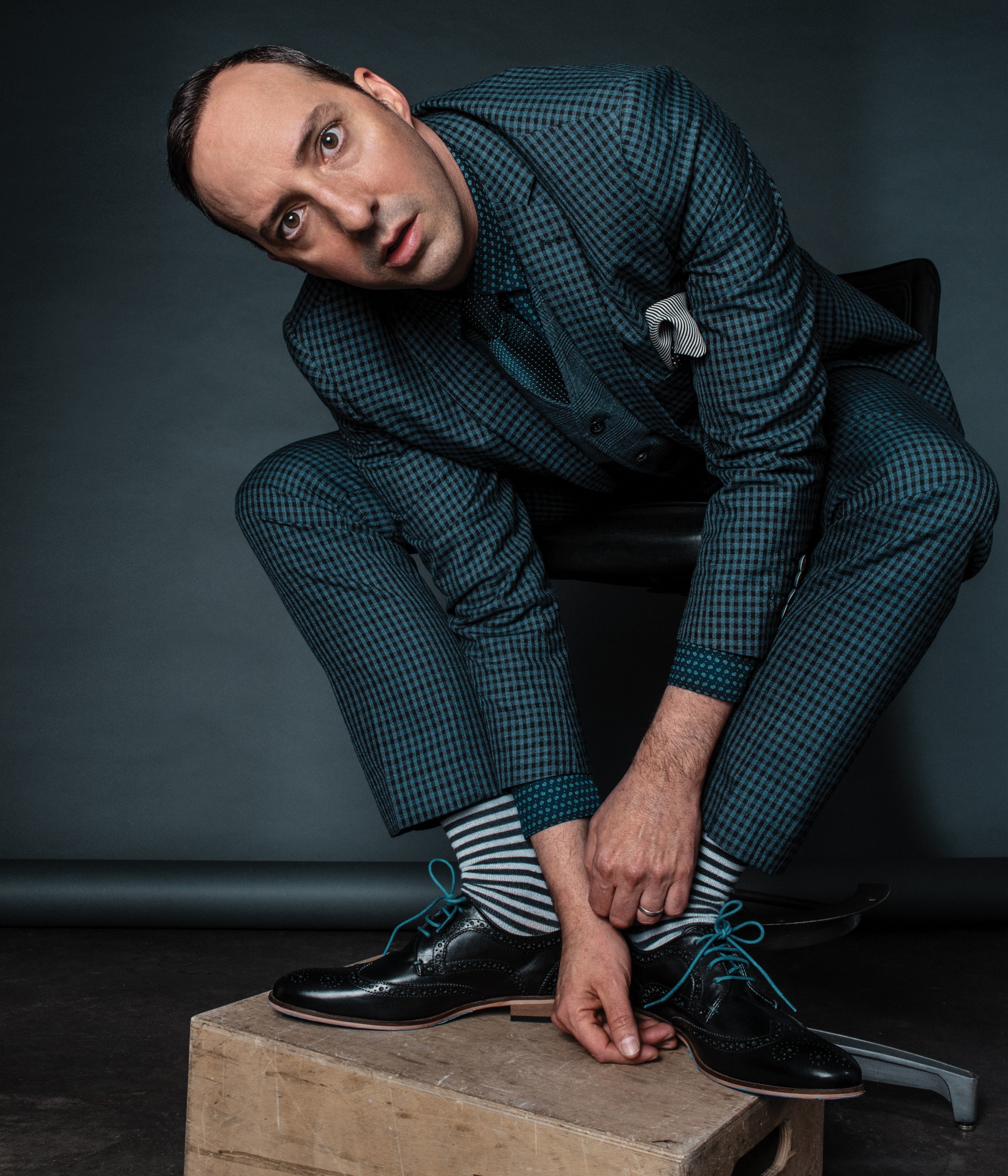 Tony Hale says: “There’s an absolute joy to telling a story with this kind of parallel to what’s going on in the world.” 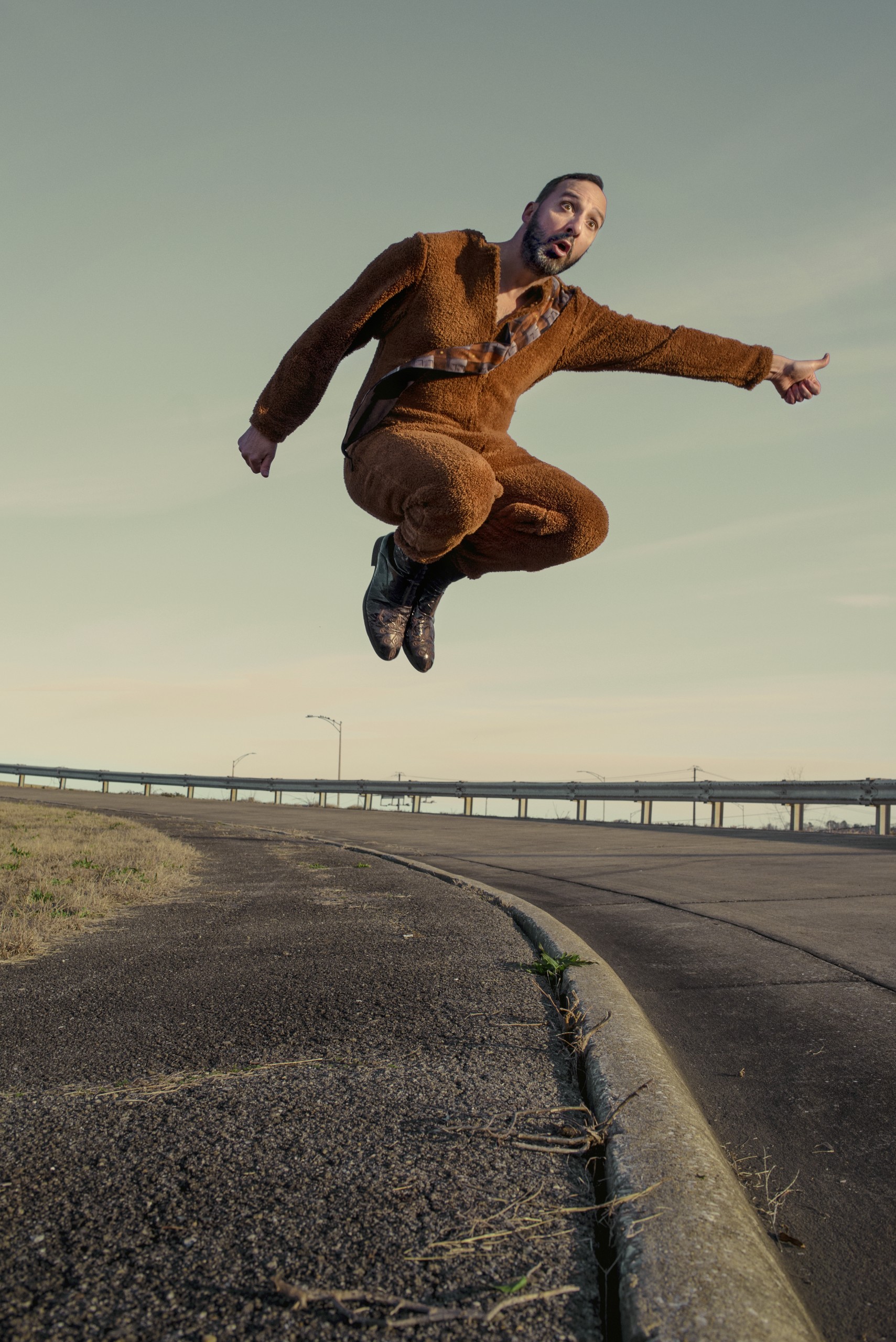 Whether your Tony Hale background is Toy Story or Arrested Development, lean in for this trifecta:

In the timely Mysterious Benedict Society on Disney+ Hale’s character recruits kids to combat a global crisis “not using magic powers, but still superpowers,” as Hale words, “intellect, creativity, and empathy. Those really are superpowers right now. There’s an absolute joy to telling a story with this kind of parallel to what’s going on in the world.”

In Production: Lucy and Desi are coming back to the big screen and bringing Hale as producer Jess Oppenheimer. Slated as “a drama about a comedy,” Hale says of the experience, “it was incredible working on the movie; I felt like I had a front row seat watching Nicole and Javier transform into Being the Ricardos.”

Most evocative, pay attention to 9 Days. Hale celebrates working with first time writer-director Edson Oda on a film of essential significance, “especially in an era where we’re rediscovering the small things are the big things.” A Sundance winner like this comes along once in a gentle while. It’s a living, breathing, explorative tale about “being considered for the amazing opportunity of life.” 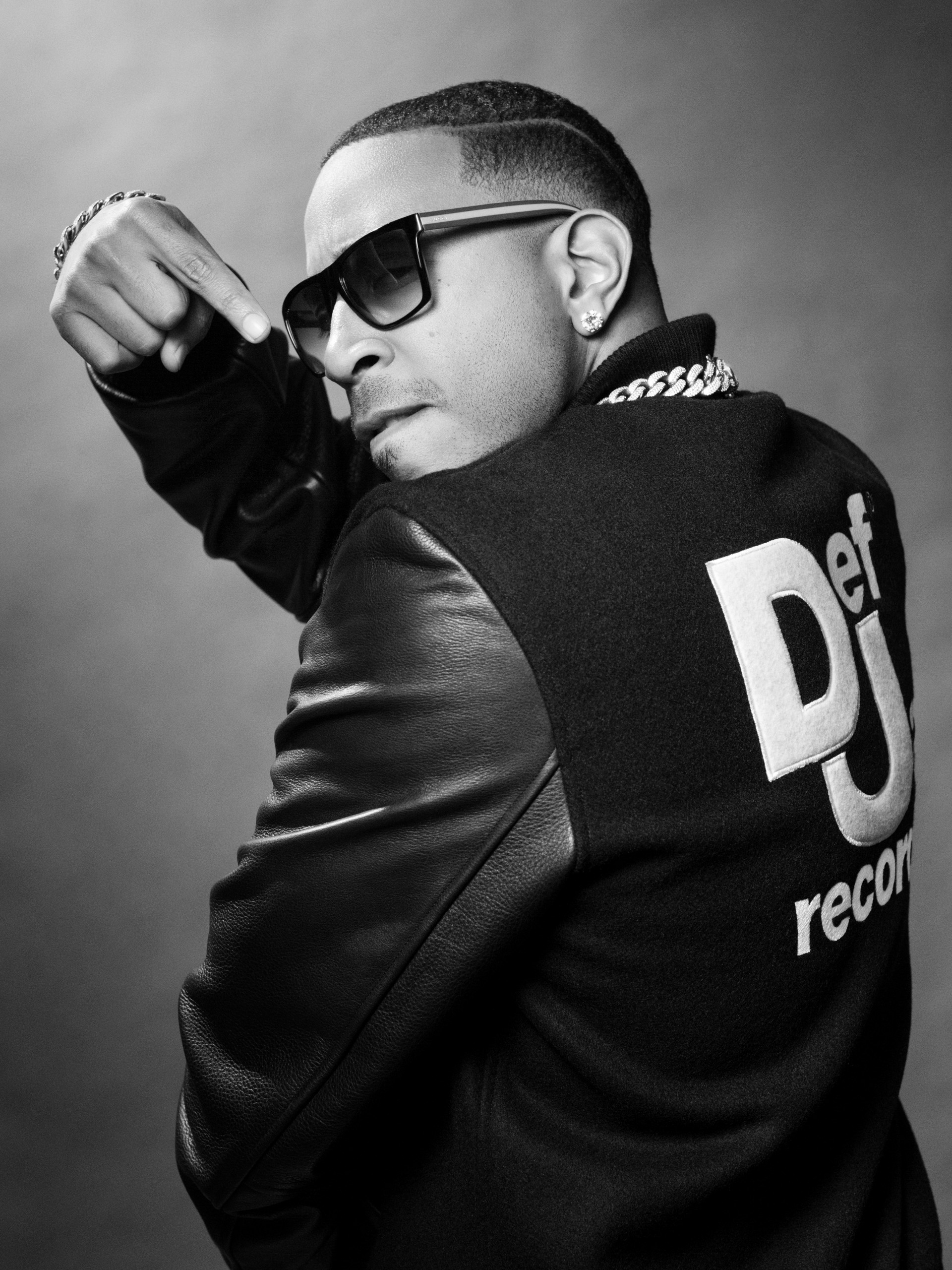 “Luda” was shot at MTV in their N.Y. studio back in 2015. Gray’s work captures the essence of his subject. “He reposted the pic ‘cuz it’s so dope!”

Many celebrities now residing in the entertainment epicenters of New York and Los Angeles came from more down-to-earth roots where they once dreamed a dream of making it big. 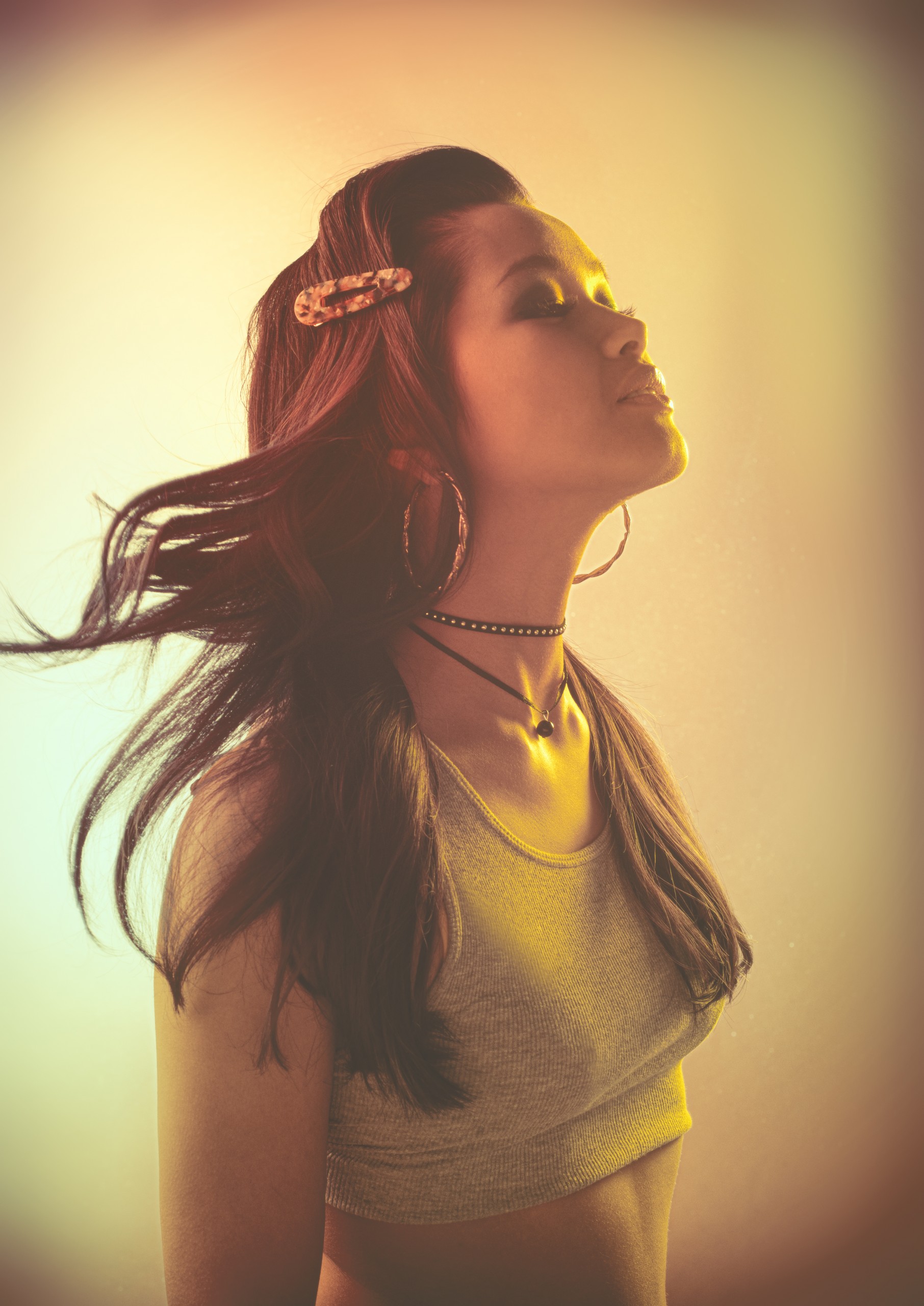 Raquel Lilly is…Well she’s a show. You want to say she’s a singer but that’s too small a box. She’s an introverted visionary who prefers streaming online more than the indie circuit grind, but what producer wants a musician who defers to the digital space? After covid, all of them. When 2020 happened, and creativity started thinking inside the box, Lilly was already there, doubling down on her fanbase.

A pioneering Twitch music streamer (yes, “twitch has music” as her Twitter bio says), Lilly now has a following nearing 60k, leading an industry shift in how artists create and deliver music, live experiences, and content libraries. This jettisoned her career from the geographic distribution limitations to the unlimited reaches of social apps.

Not that geography was in issue with a Birmingham-born band of brothers. “We’re family,” says Lilly as she explains a chemistry “so tight I don’t have to use words.” Legitimately the genre is Indie R&B / Soul, but in conversational English, Lilly says it’s baby-making music. 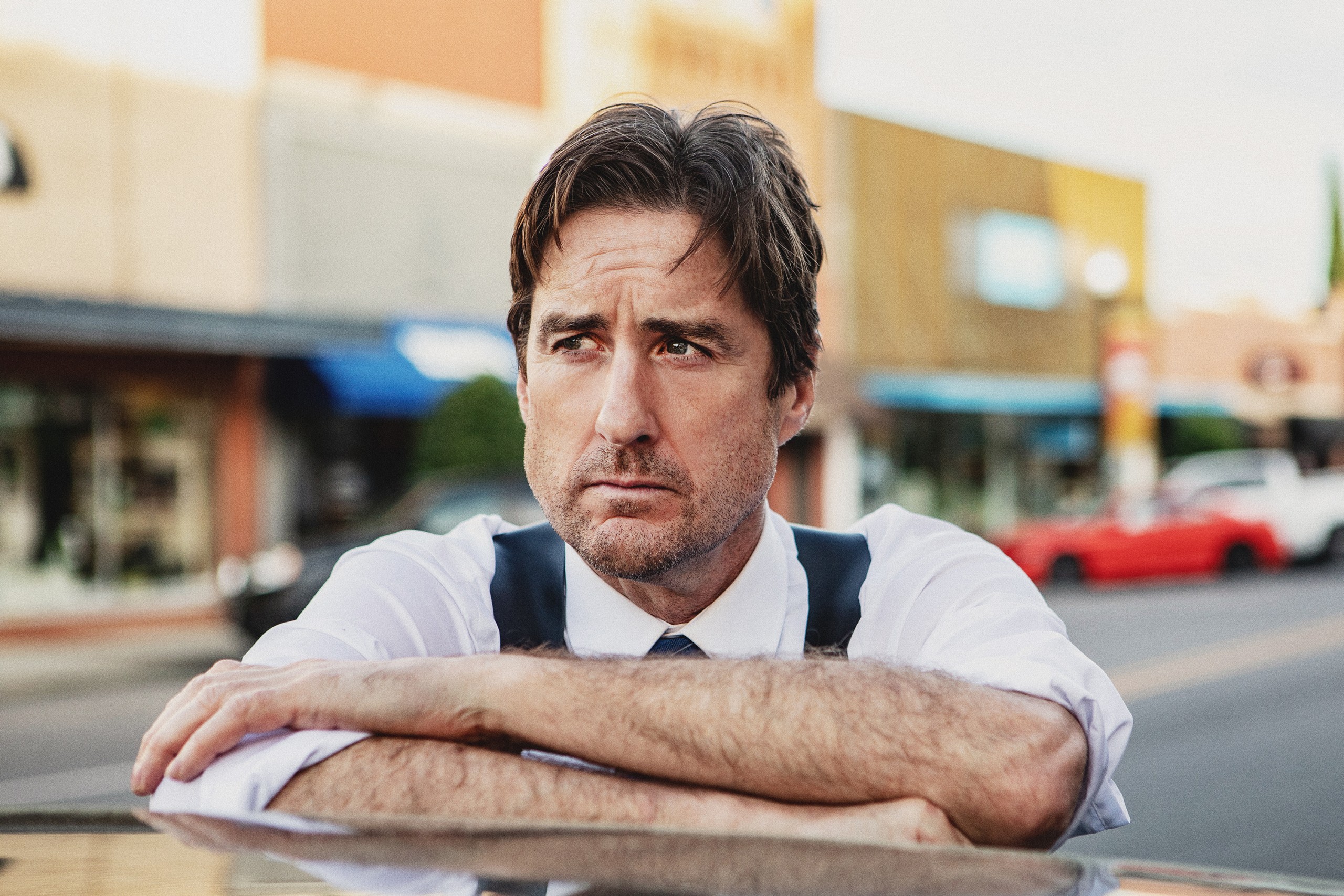 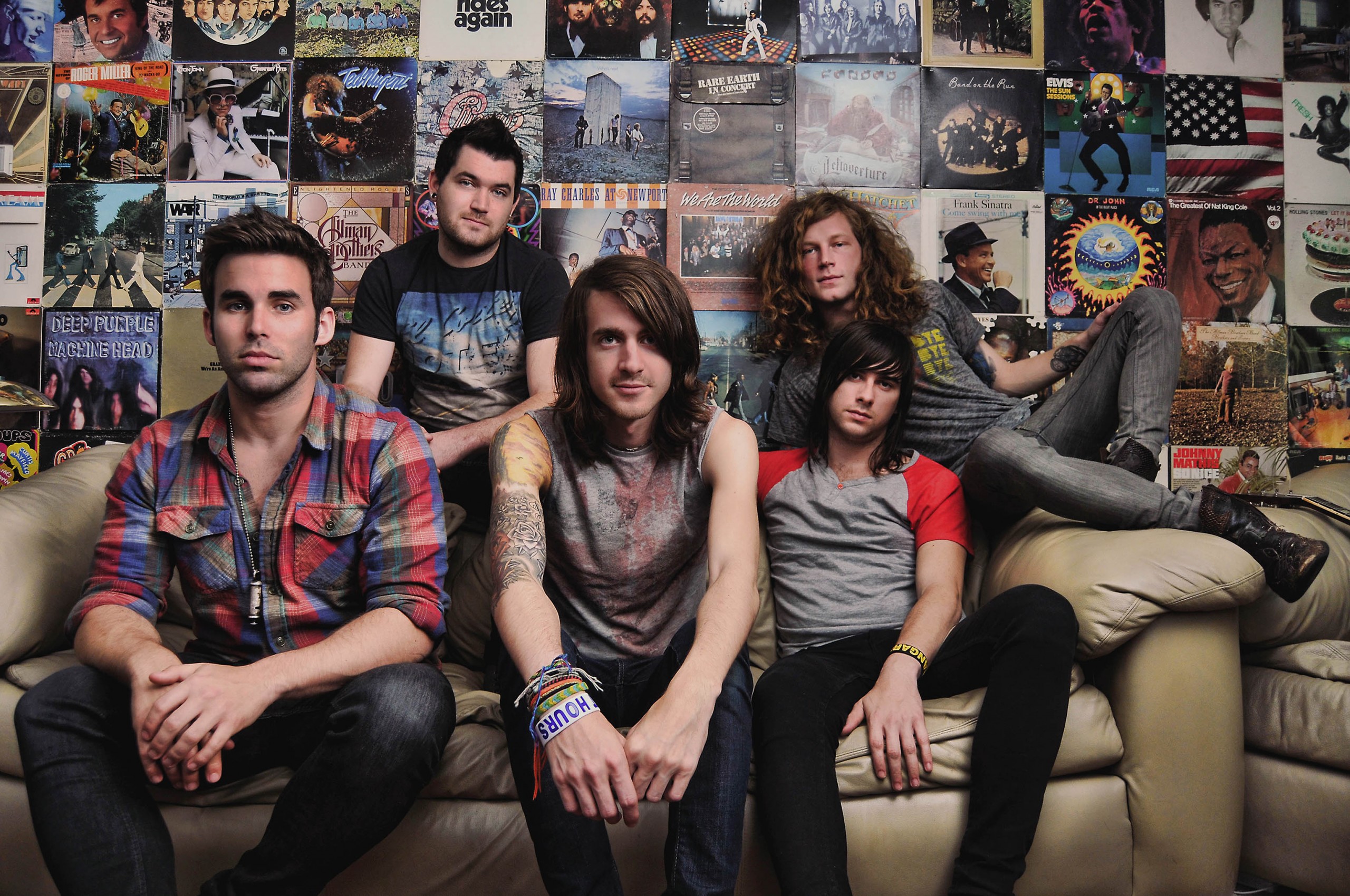 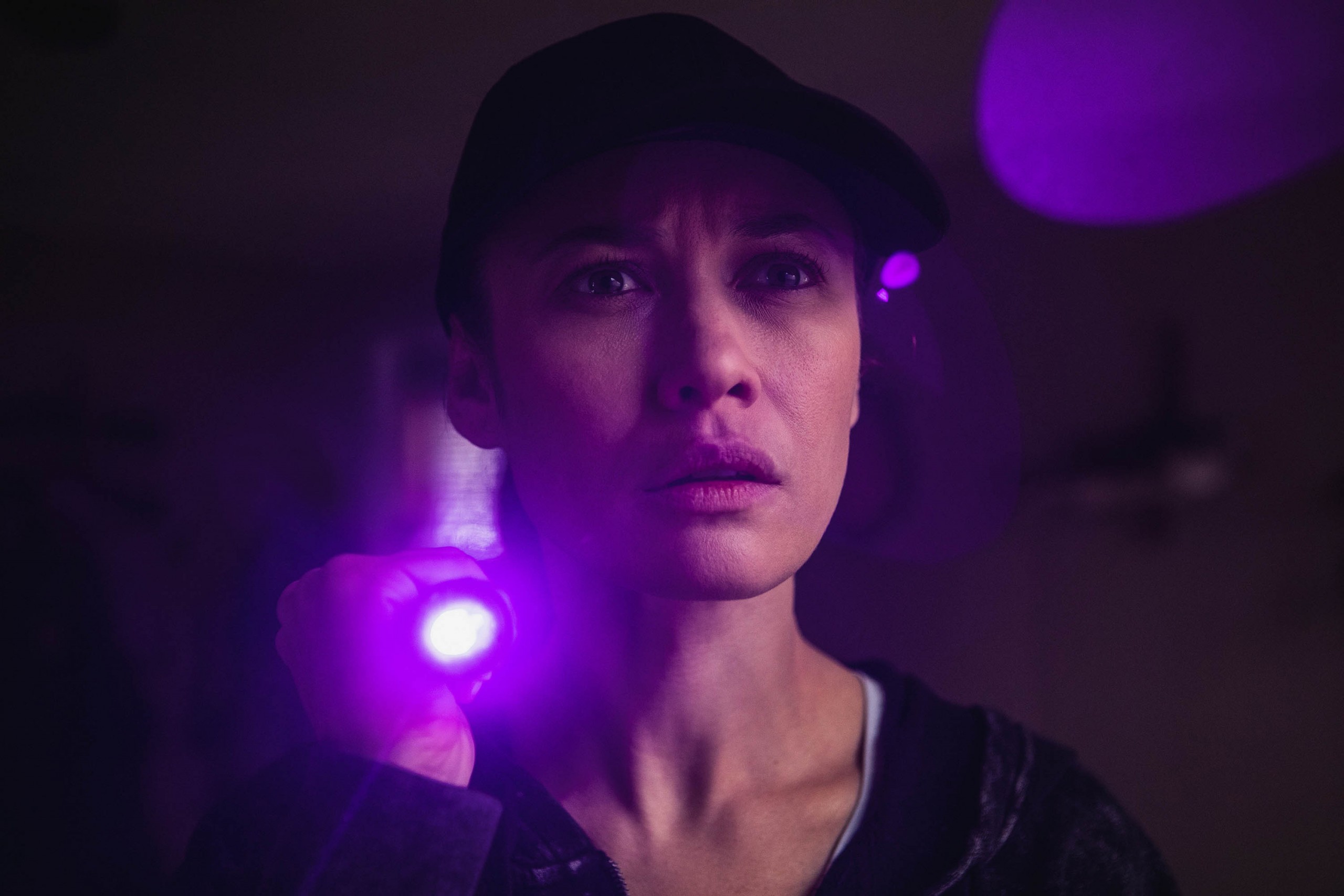 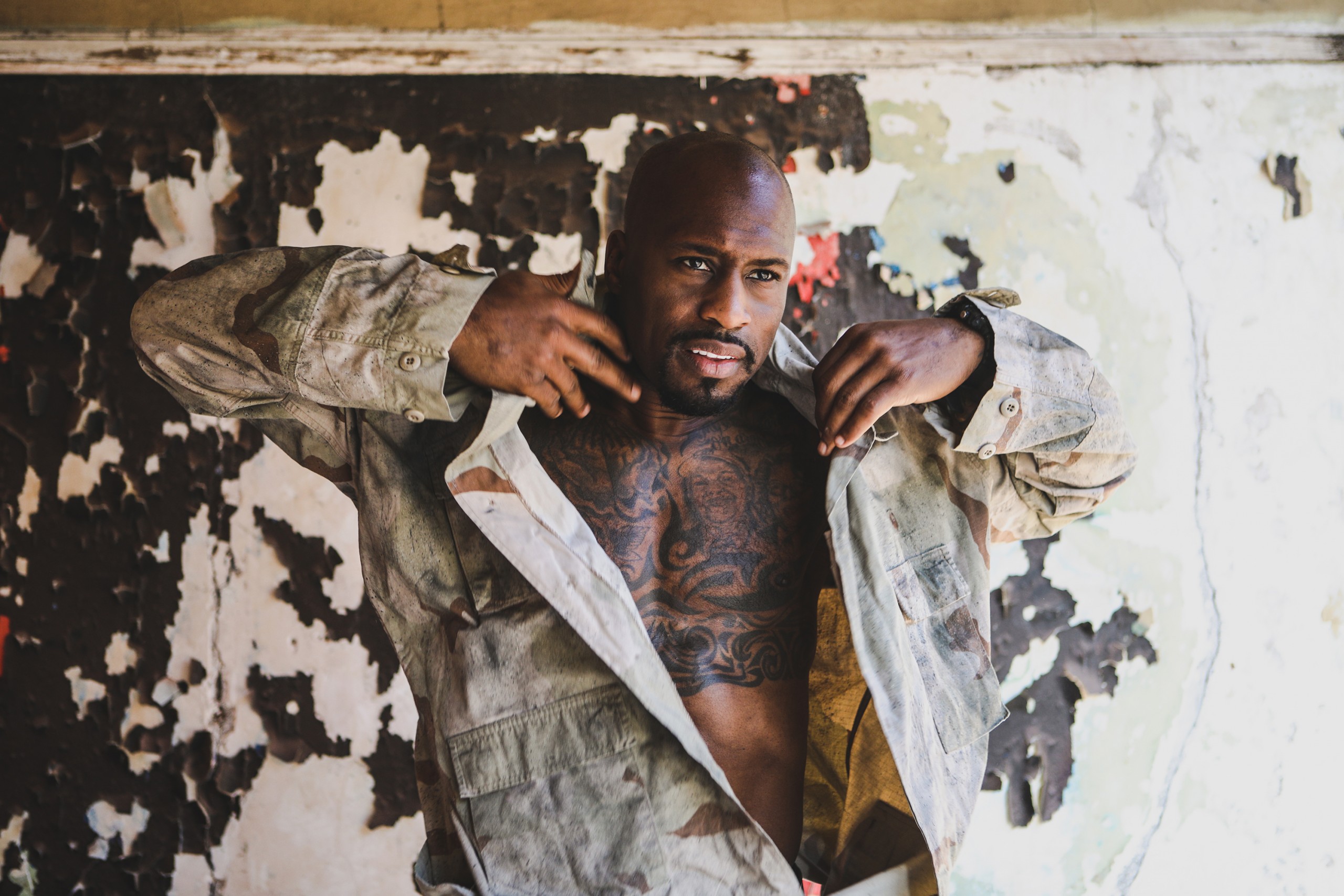 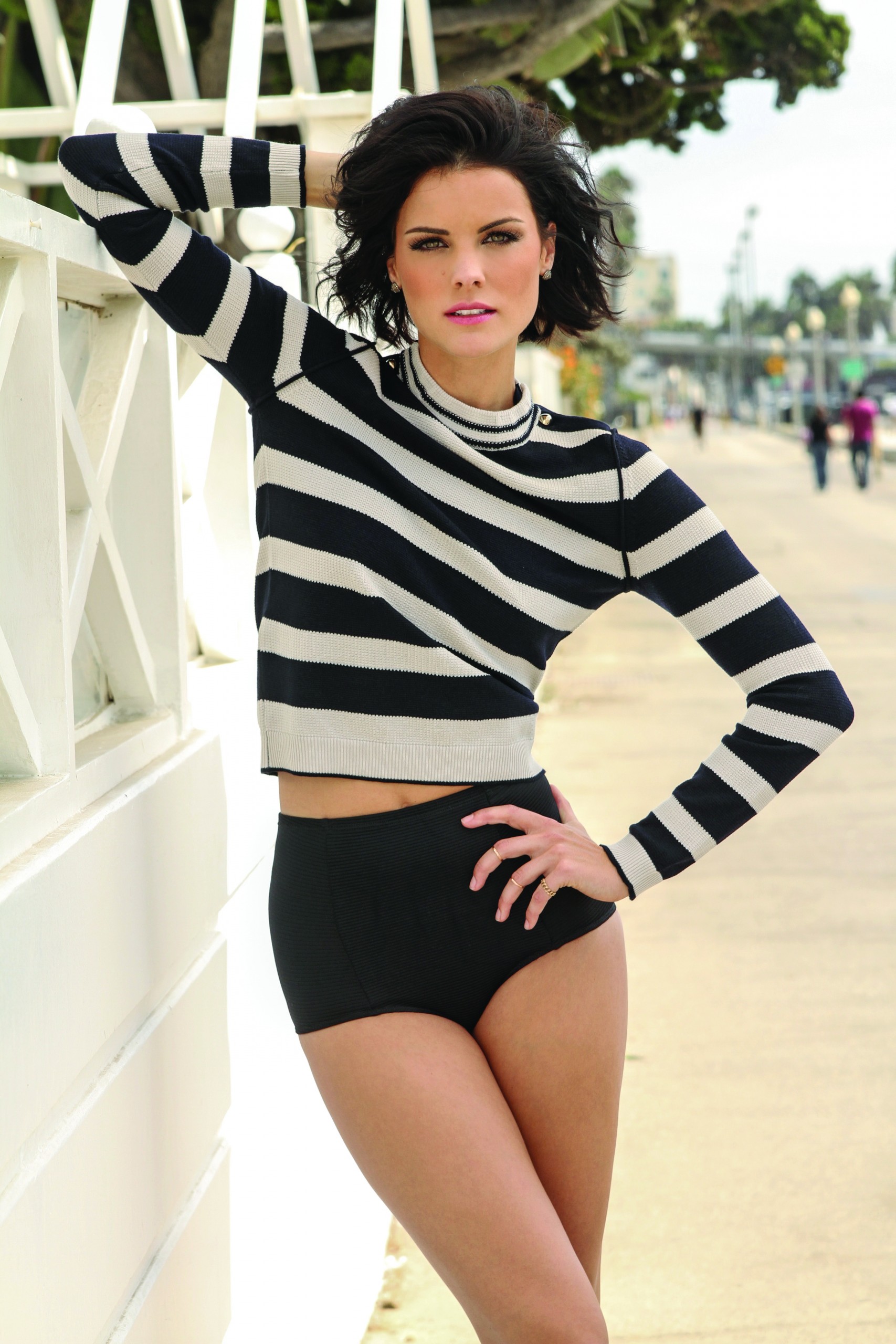 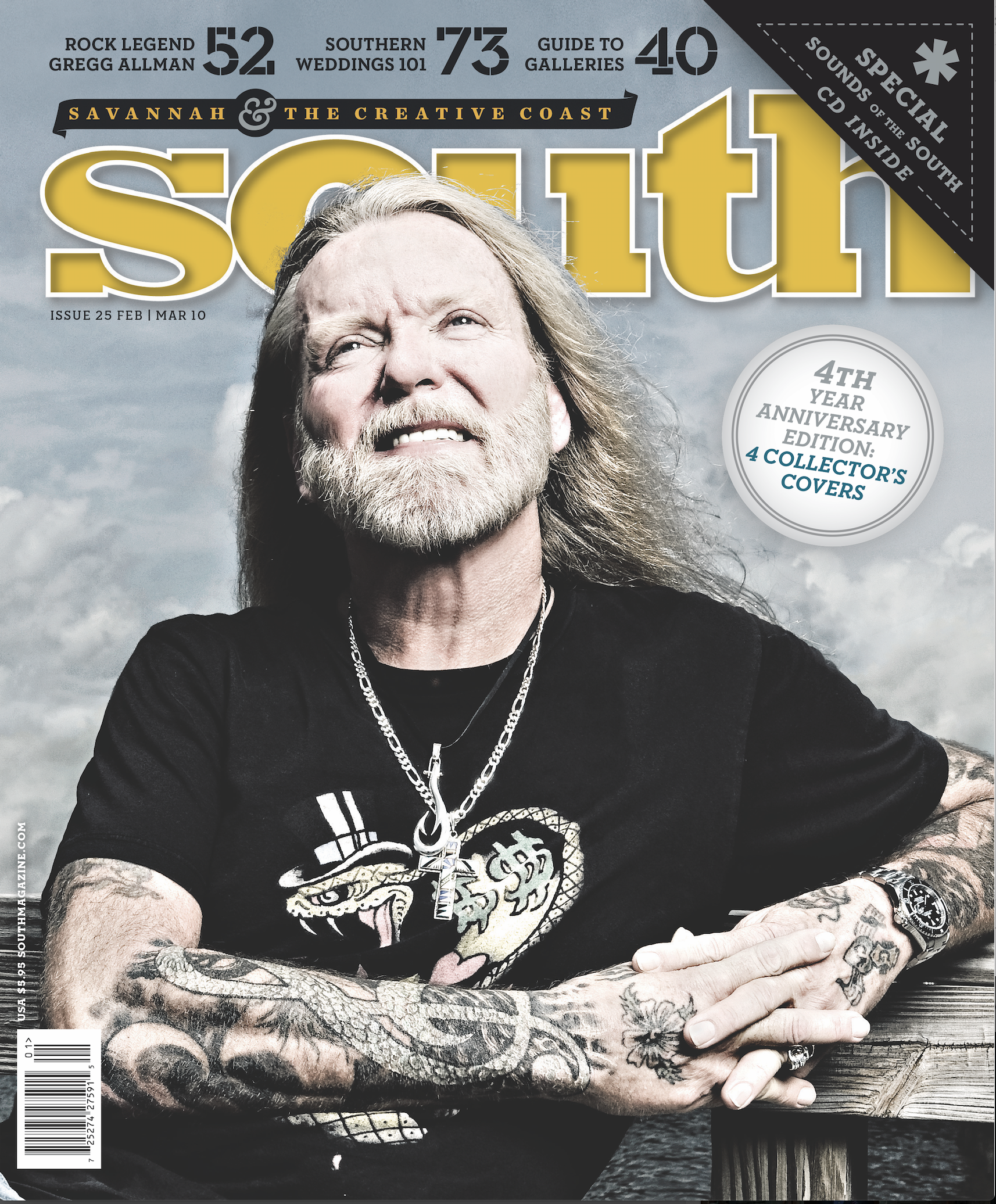 Georgia’s homegrown rock star was supposed to be a dentist, if it wasn’t for his younger brother Duane who helped unleash Gregg’s inner creativity. The Allman Brothers created what is now a distinctly Southern sound that has inspired many followers. Their legendary love and celebration of family and friends is also distinctly Southern. 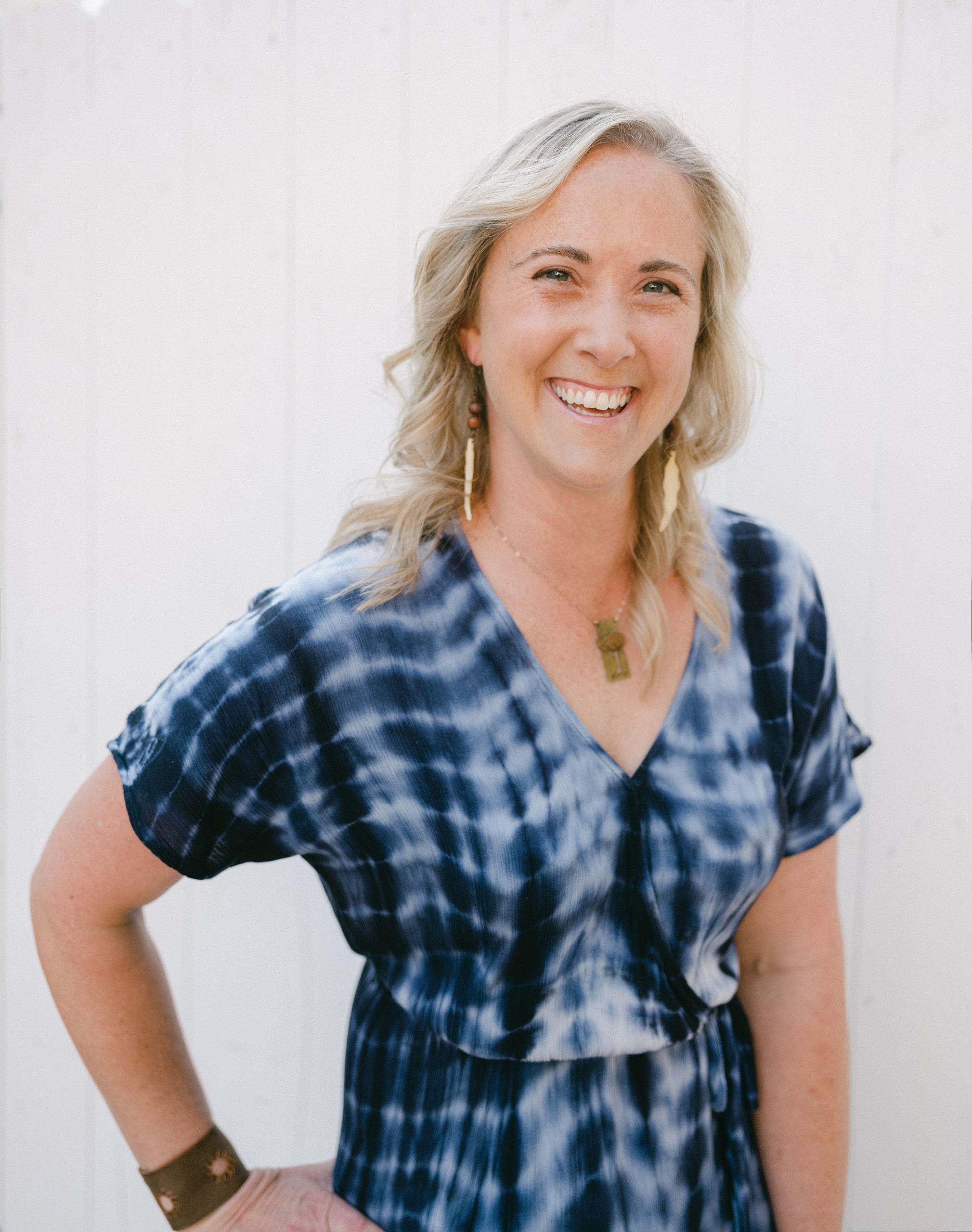 (Angie) Hopper-Lee has a bachelor’s in photography and drawing from SCAD. She has been working as a photographer in Savannah for over 15 years and has enjoyed working with families and businesses. Her other loves are singing, animals, and of course her family. She also owns The Bull Street Light Room, a studio share for photographers. angelahopperphotography.com 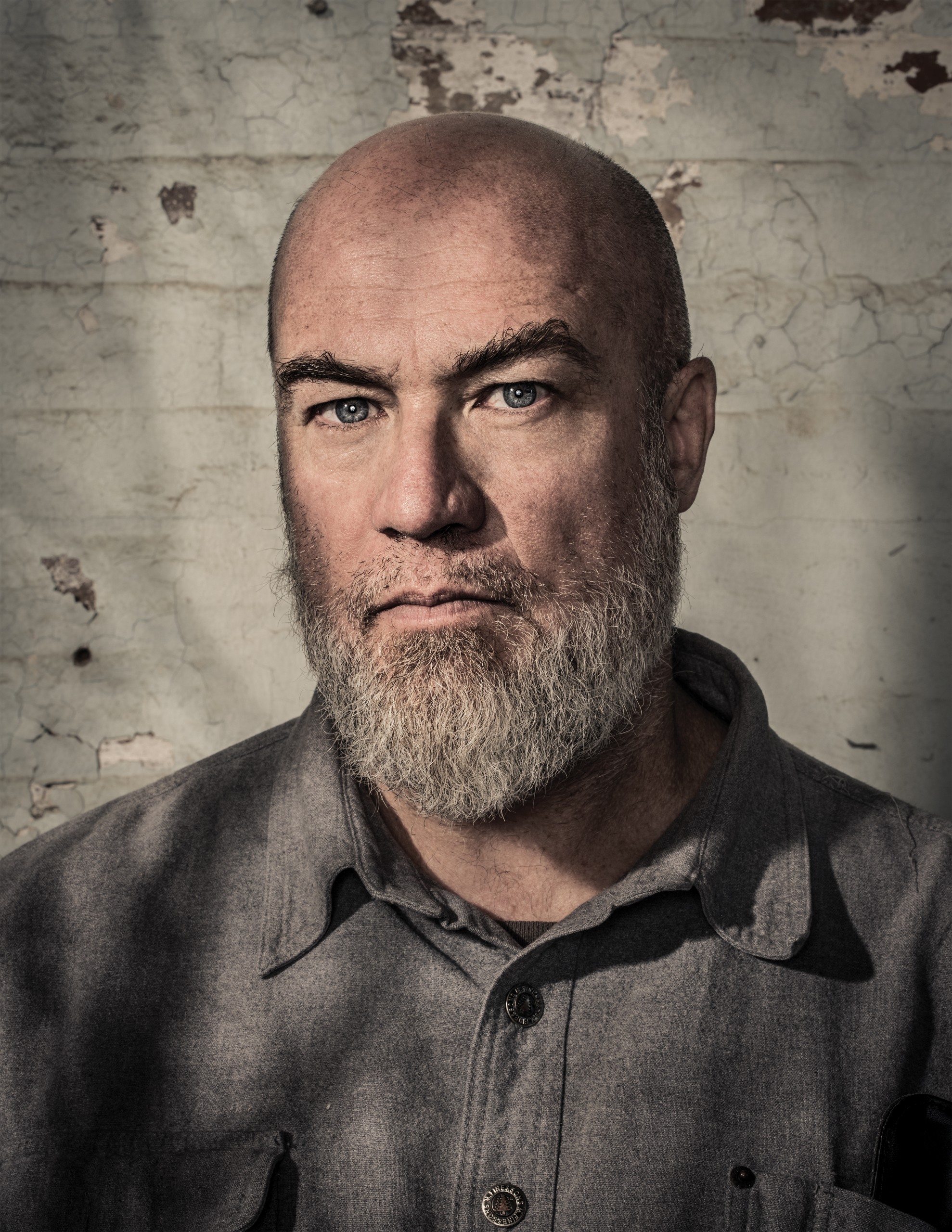 Dan Winters is a photographer to the stars. Winters spends quality time at his home on Tybee Island, Georgia, where he gathers inspiration for his art. Telfair Museum visitors can find some of his work featuring famous faces gracing the walls. Some of the world’s most notable celebrities have sat for his camera, revealing their stories in a single dramatic shot. danwintersphoto.com 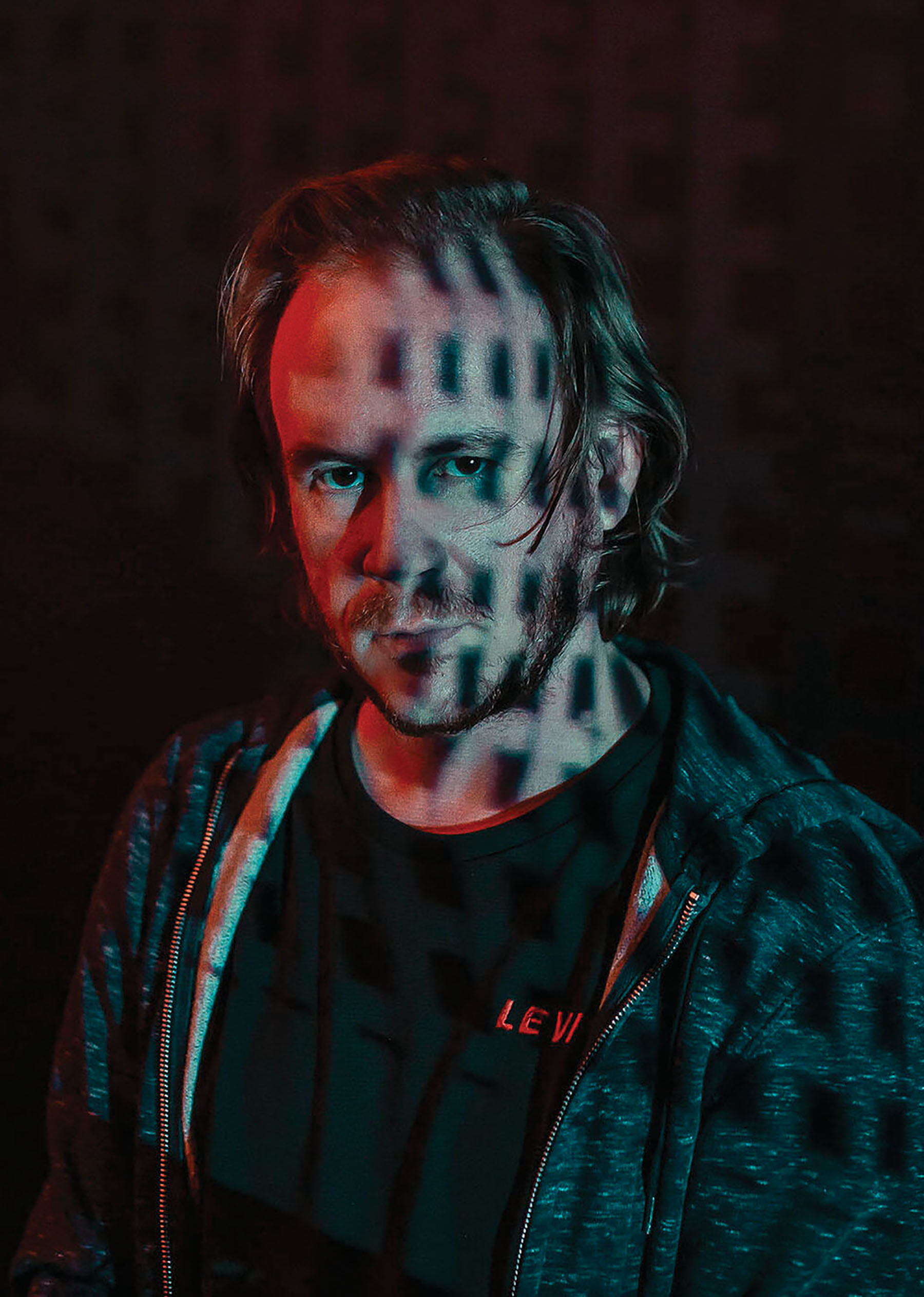 Based in Tifton, Ga., Daniel Shippey’s nearly two-decade career includes work with A-list actors the likes of Bruce Willis, Mel Gibson, Josh Duhamel, and more. He has also photographed bands such as X Ambassadors, Awolnation, Third Eye Blind and Flora Cash. Yet he feels at age 36 as though his photography journey is still only beginning.
danielshippey.com 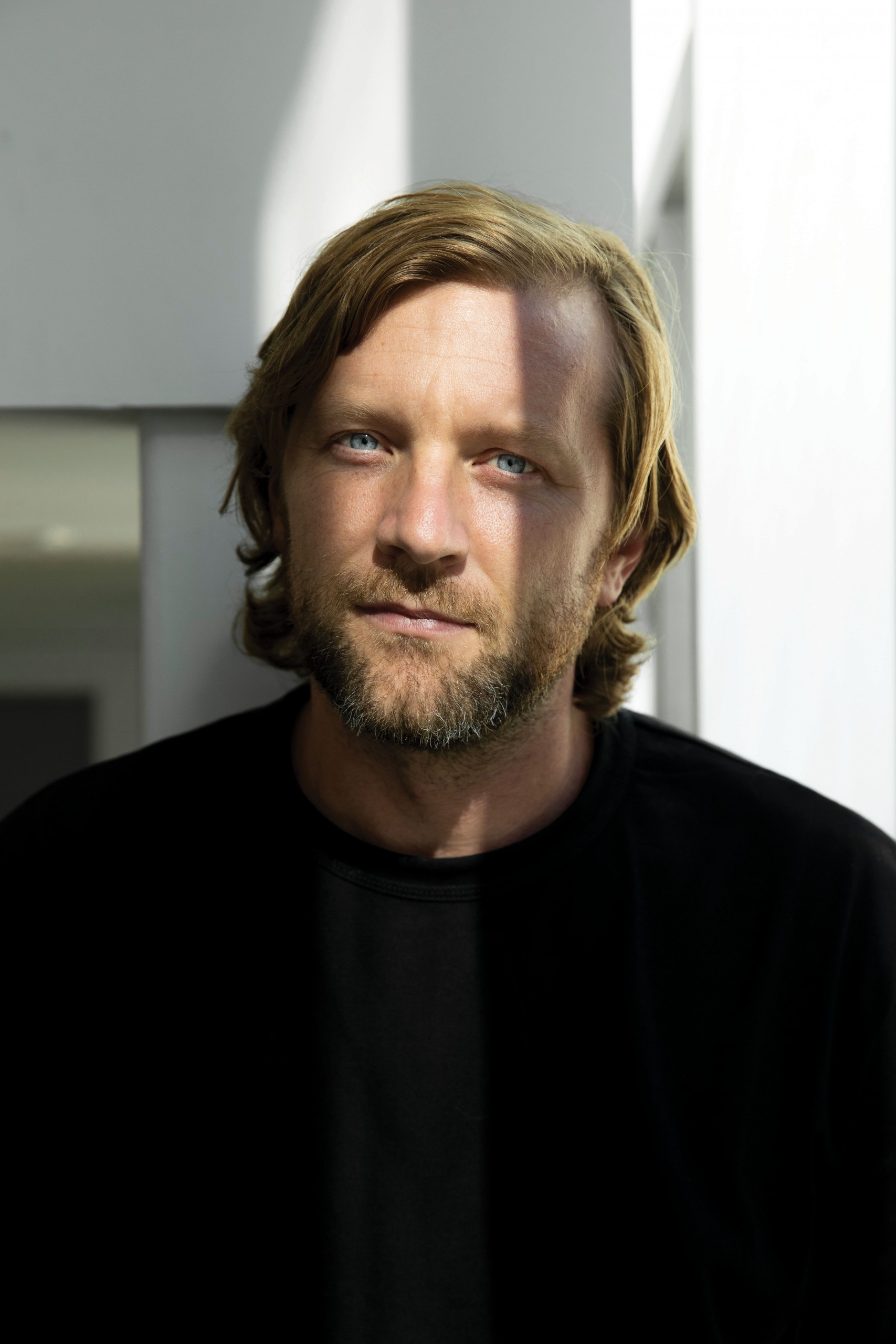 Colin Gray is an artist and photographer based in Los Angeles. His diverse body of work includes images of A-list actors, pop stars, and fashion icons to religious leaders, cosplayers, and the homeless. Colin’s work captures the essence of his subject, and he prides himself on being able to connect with a subject within moments and reflecting that connection back through the final image. ilovecolingray.com 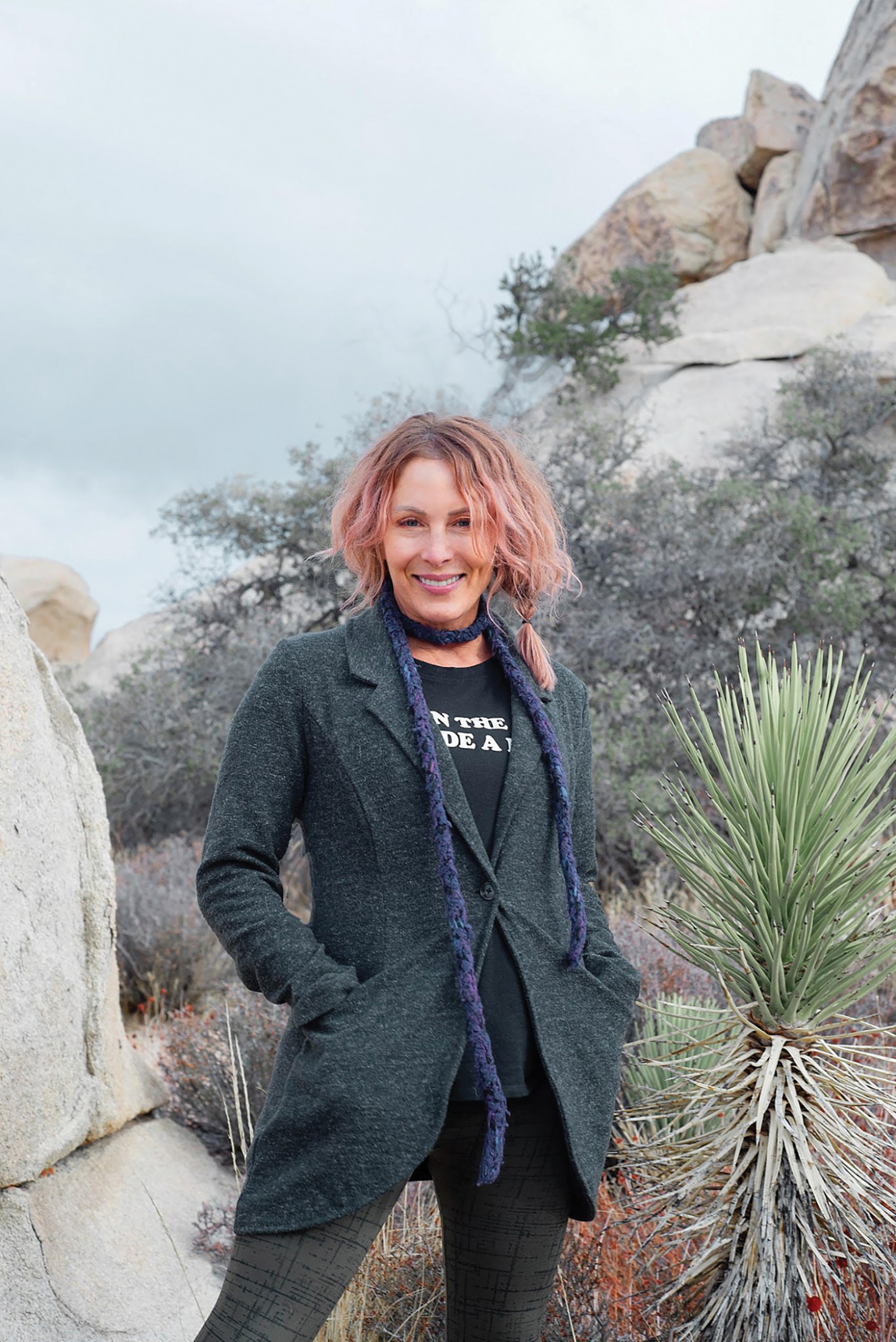 Liesa Cole is a photographer, cinematographer and lecturer. She has won many industry awards for her work, including the prestigious “International Photographer of the Year” from London-based Photography Master’s Cup, as well as The Grand Prize from PDN (Photo District News). Based in Birmingham, Ala., when she isn’t behind a camera, she’s probably headed somewhere on her bicycle or possibly on her roof, doting on her succulents. liesacole.com