Ervin L. Chandler reflects on how his South debut changed the course of his business. 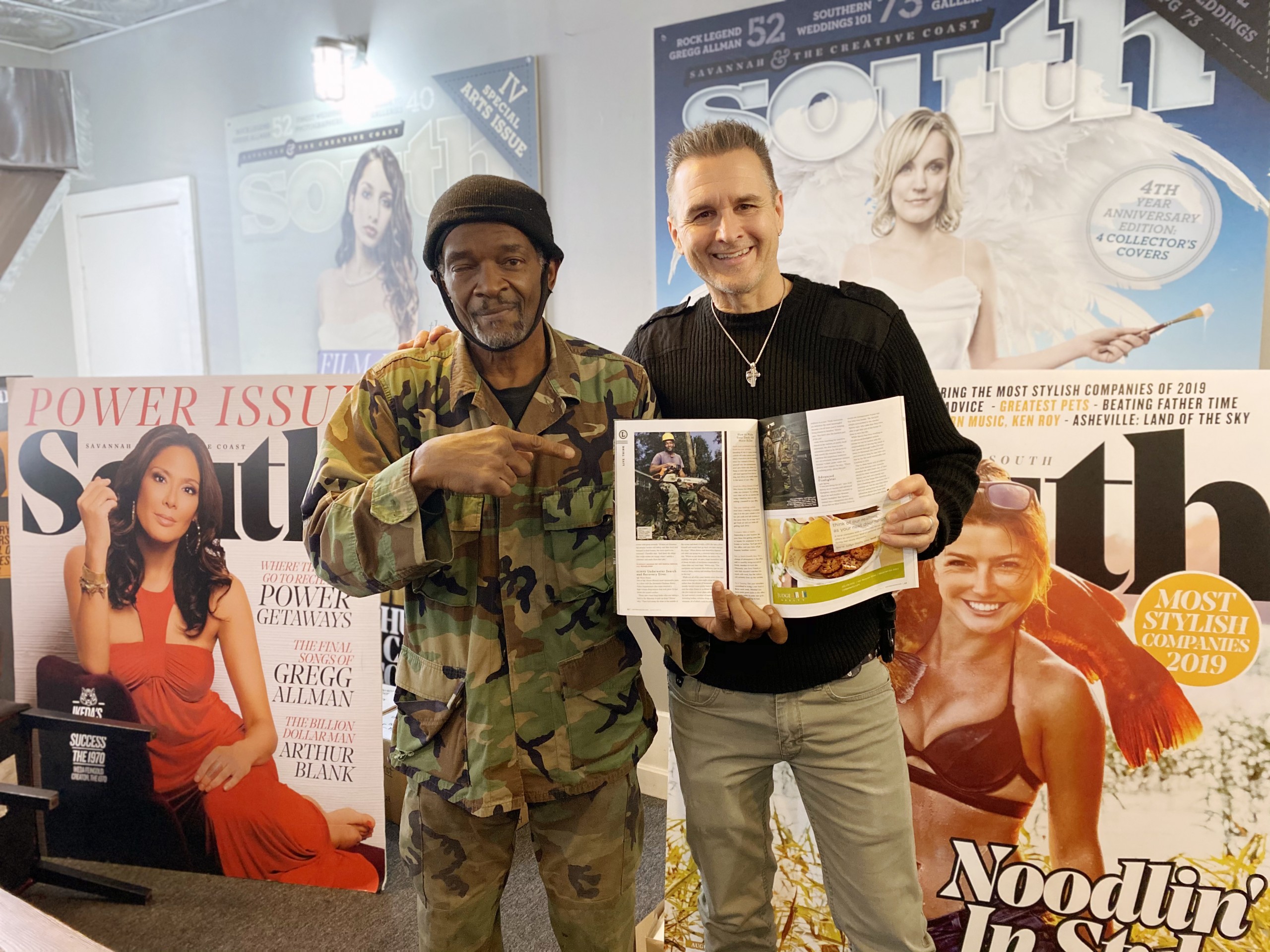 “I haven’t been without a job since this article came out.” – Ervin L. Chandler with Publisher Michael Brooks (Photo/Miranda Osborn)

After 8 Years, the “Tree Surgeon” visited South magazine’s offices to share his story of success after a downward spiral.

On Monday, January 4, 2021, a familiar face popped into South’s offices in downtown Savannah. Ervin Chandler, also known as the “Tree Surgeon,” stopped by to catch up with the South magazine team and pickup extra copies of South that featured his article 8 years ago.

South first met Chandler back in 2013 and covered him in the April/May 2013 issue. In the article, Chandler describes his nickname, “In order to do this you’ve got to get up into the tree and make very precise incisions based on all kinds of mathematics and geometry—and handle them with great care.” Today, he laughs, “I haven’t been without a job since this article came out. I carry a copy with me everywhere. My friends joke that I should probably get it laminated or something.”

It only took Ervin L. Chandler one day to learn to climb a tree—and climb he did, since his mother told him falling was not an option. His Uncle Everett was something of a pro tree climber and showed Chandler the ropes when he was young. Chandler’s father passed away, so he needed to help support his family. Some could say climbing trees is in his blood. Just ask the live oaks he scales and dismembers in under 45 minutes.

Chandler teared up as he told his story.  “I was in a complete downward spiral before this article came out. This article saved me. Y’all put my number in the magazine and it [my phone] hasn’t stopped ringing since.”

After 18 years in business, Chandler isn’t slowing down any time soon. At 64 years of age, he’s upgrading to a bucket truck to assist him in his work. “I’m older and slower, but I’m wiser so I’m getting a bucket truck,” he says. As to how much longer he’ll be scaling trees, he replies, “I’ll do it till God takes me home.”

Click the image below to read the original story. 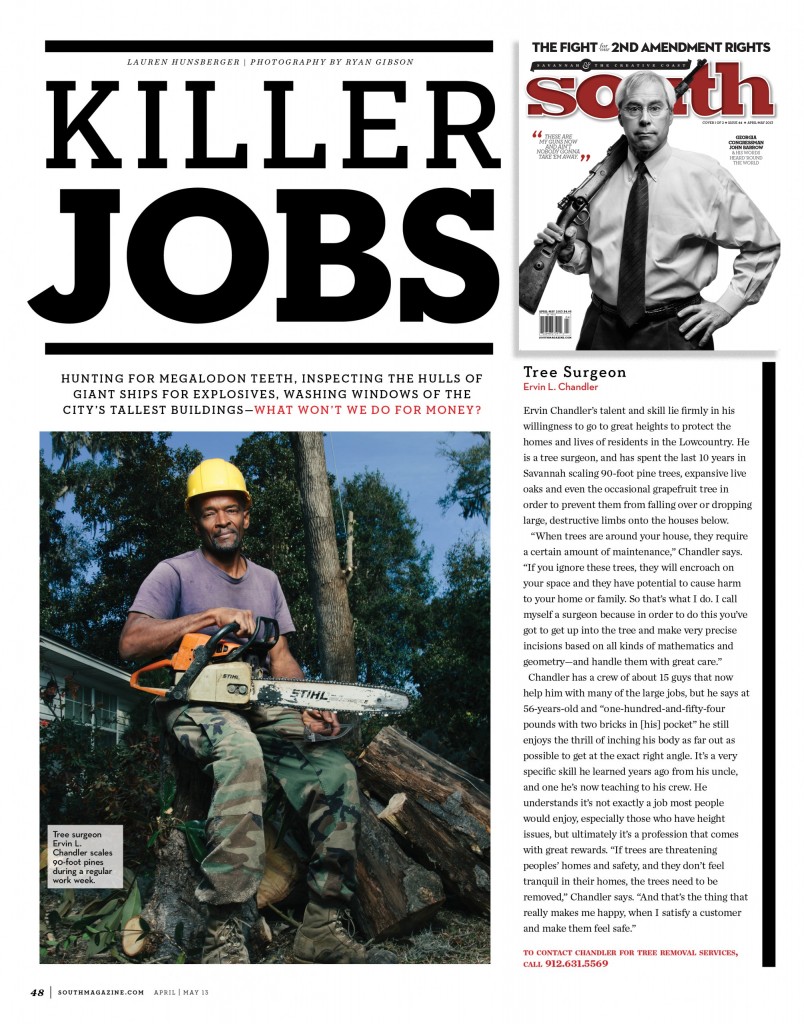