Country phenom Scotty McCreery “hit the road” again earlier this year, delighting fans in over 20 cities, after launching the tour in his hometown of Raleigh, North Carolina. 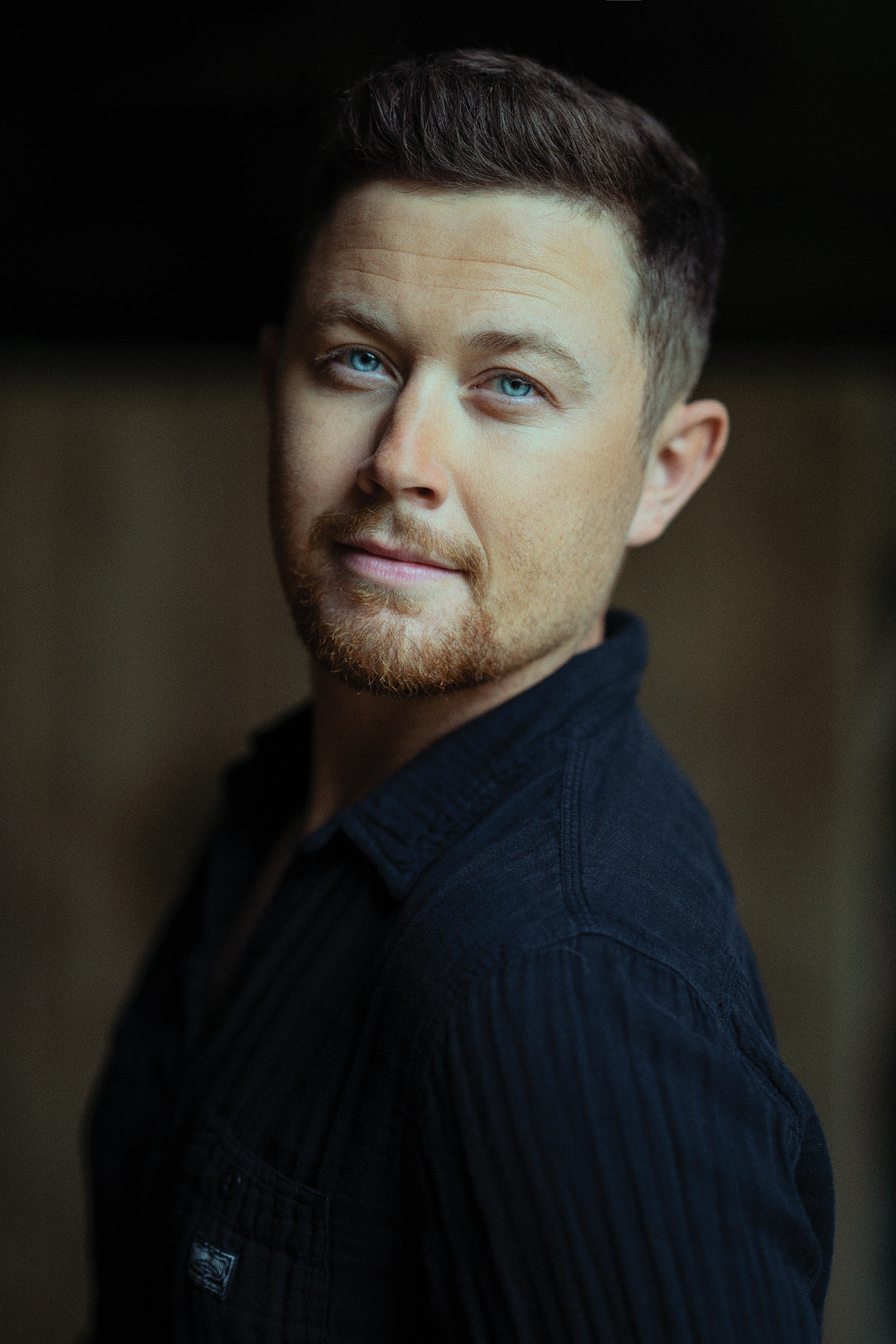 “We’re all in the same truck, so to speak, so let’s just get along!”

Country phenom Scotty McCreery “hit the road” again earlier this year, delighting fans in over 20 cities, after launching the tour in his hometown of Raleigh, North Carolina.

While country music is usually based around personal tragedy, Scotty McCreery has led a charmed life. His passion for music has always been a part of him, but it was 2011 when he won American Idol and officially launched into the country music stratosphere, ending up being the youngest male country artist to have a number 1 song on Billboard.

McCreery is happily married to his childhood sweetheart, Gabi, and after a COVID-19 hiatus, McCreery launched his “Same Truck” tour and album of the same name. 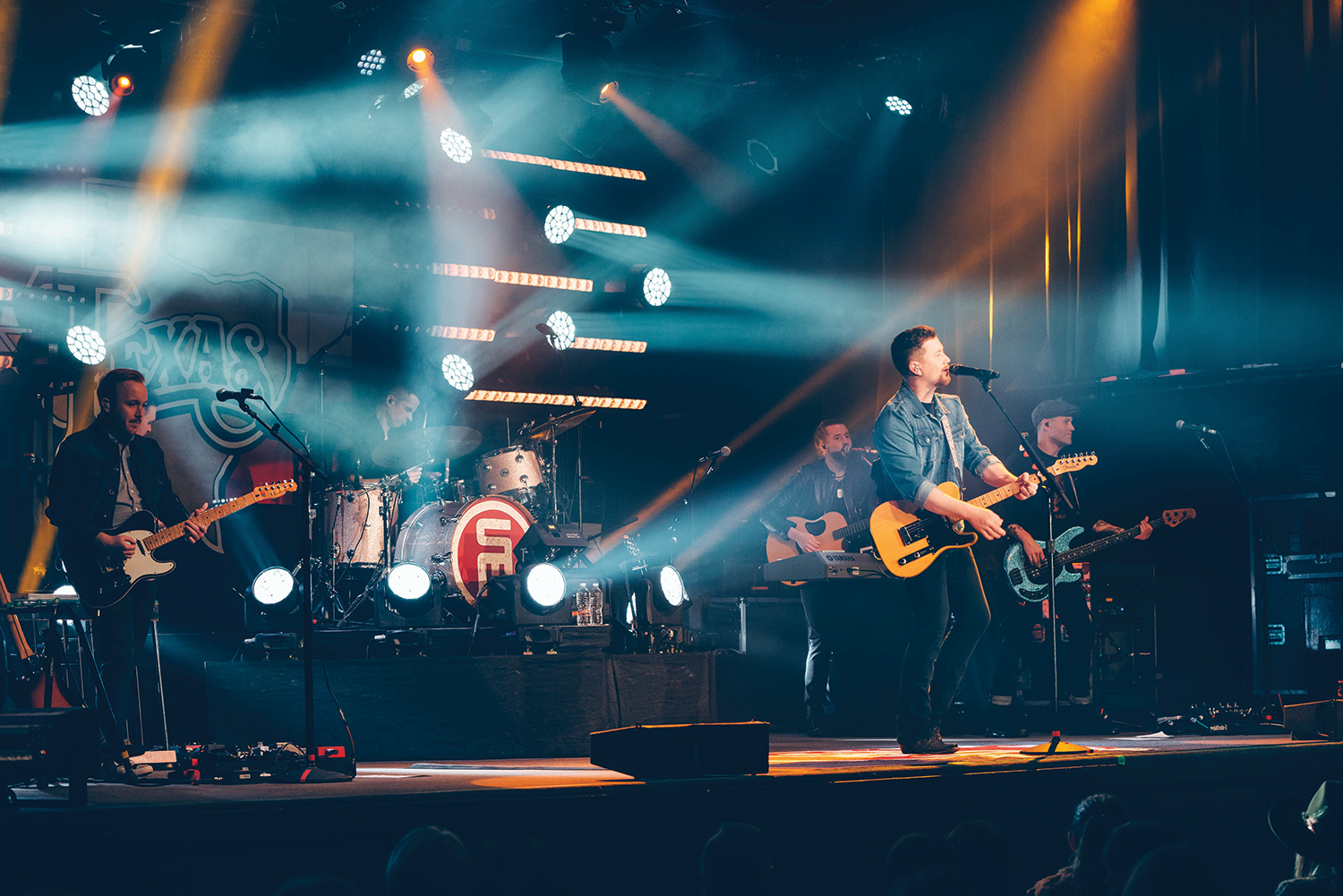 South: What challenges do you face when on tour?

Scotty McCreery: We want to go old school and do all the songs on the album and add in some of the old songs. It’s always fun putting the show together, it’s kinda like a puzzle. It’s crazy and it can get a little overwhelming at times, because there’s a lot of opinions but everybody’s got the same goal in mind. Most of these guys on the road have been with me from the very beginning so we all kind of have an idea of what we’re looking for and what works so it’s a lot of fun.

S: Does your family go with you on tour?

SM: We [started] the tour in Raleigh, my hometown, so [it was] a big ‘ole family affair for the first show. It’s great to look out from the stage and see family, friends and the people you grew up with.

My wife is a pediatric nurse, and she took time off in February of 2020 to travel with me, before the world shut down. Then [COVID came and] we were home together. It was really a great thing for us to be able to wake up every day and be together. Normally I’ll be gone most of the week and we don’t see each other except FaceTime, but we got to spend a lot of time together these last two years and it just made our marriage even stronger.

S: What is your creative process for writing songs?

SM: Songwriting for me has become one of my great passions in my life. I was writing songs before I got started professionally, I just wasn’t sure they were any good! I’m always looking for ideas, inspiration, and for clever sayings or ways to say a common phrase or idea. Songwriting is something that you never turn off and you’re always kind of working on what’s going to spark the creative juices.

This last album was different from any other album. We had basically written it before the pandemic started and we were ready to go.  We recorded at least half of it and then the world shut down. I don’t live in Nashville, so I was thinking, man, how is this gonna work, but Zoom kind of saved the day. I would write with a lot of my favorite collaborators in Nashville using Zoom, so a lot of this record came from the pandemic and songs that were written in 2020.

Ideas came from [the pandemic], like the last song of the album “How you doing up there?” This was kind of a prayer to God, and was me asking God, ‘how are you doing?’ instead of me asking for something.

And the title track, “Same Truck” is a song that came from the idea that we can be on different sides of the fence, but in my opinion we’re all a lot more alike than we are different. We’re all in the same truck, so to speak, so let’s just get along!

S: What is your favorite song you have written?

SM: My favorite song, because it means a lot to me personally, is “Five More Minutes.” I wrote this for my granddaddy, just two weeks after he passed away. He was just kind of like our Family Guy, he was so cool. He was in his 70s and still liked jumping off the diving board in the backyard doing cannonballs. He was just that kind of guy and so fun. Losing him was tough on me.

Writing songs is kind of therapeutic, and when I finished that song that day, I tweeted it out, saying, ‘I think I just wrote my favorite song I’ve ever written,’ and that still holds true today. It became my first number one, but we had to go through a lot to get it there.

SM: My favorite country song of all time I would say is a George Strait song called “The Chair.” This is probably the one I sing the most, and I just think it’s such an awesome real-world kind of nervous man asking a lady for a dance or to sit by her. To me it’s just really well written, a classic George Strait song. He’s who I look up to — and this song has just always kind of been top of my list so far, but it could change without further notice.

Electric Moon to Host New Monthly “Mix It Up at the Moon” Mixology Classes, Starting on Wednesday, July 13