Oysters in the Blood

Luigi Paoli Maggioni traded life in a Milanese seminary for a life of oystering, just as his great-great-grandson Jeff Beasley has traded his guitar for oyster boats; and thus, the lore lives on. 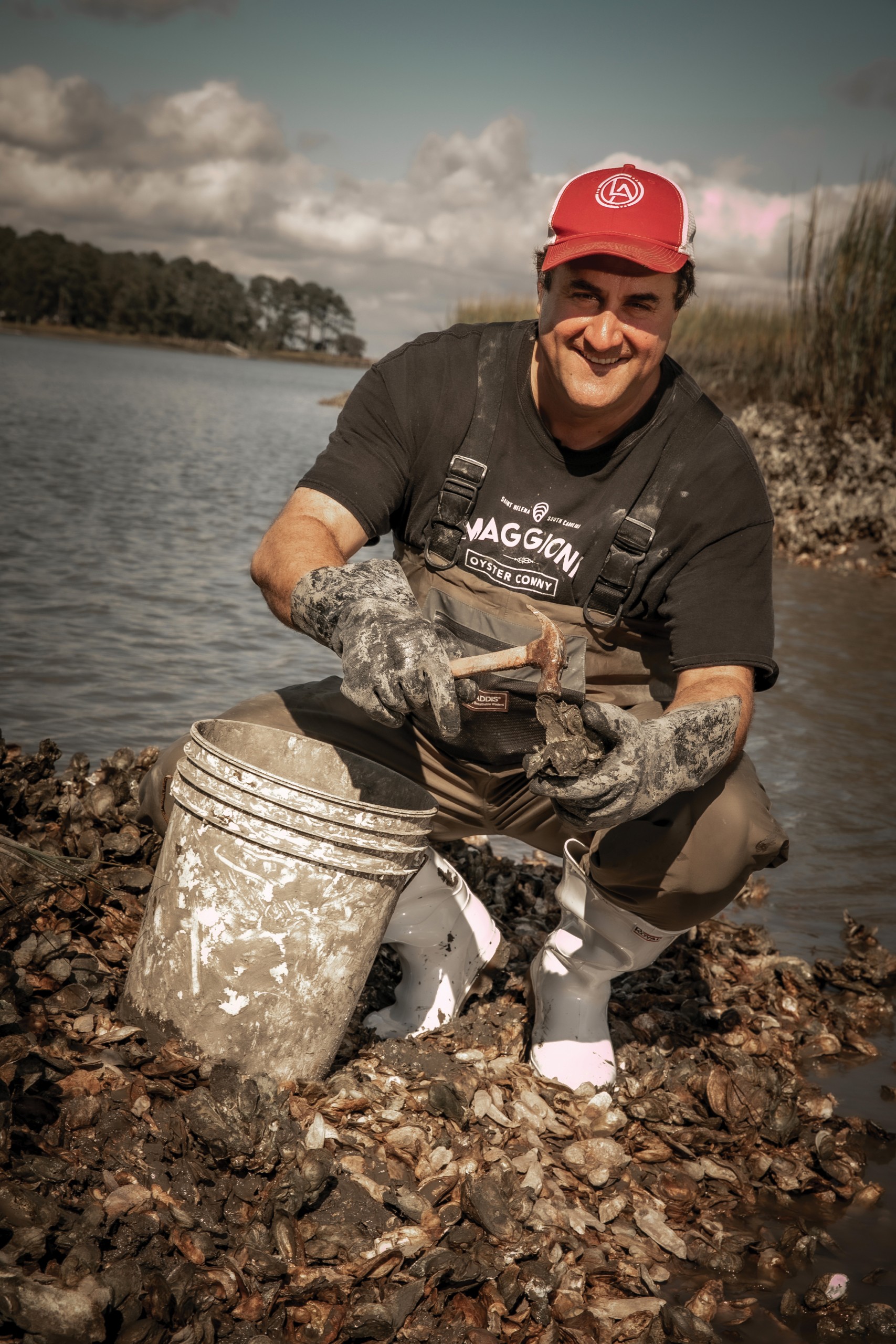 “These are wild oysters, but we manage them so closely, it’s almost like farming.” Maggioni Oyster Company’s 5th generation owner-operator, Jeff Beasley. Photography by: Mark Staff

“Tis a brave man who first ate an oyster.” That’s attributed to Johnathan Swift more grounded than ever before. Swift, the author of Gulliver’s Travels, and it’s a lie. It was a hungry man who first ate one. – Roger Pinckney

Early coastal humans watched the coons and the birds. “Maybe we should get us some of those? At least we won’t have to chase ‘em.”

They did and the shorelines of the Southeast coast are littered with ancient shell piles from those first oystermen.

Fast forward ten thousand-odd years. In 1887, a government report described how New Yorkers went wild over “oysters pickled, stewed, baked, roasted, fried, and scalloped; oysters made into soups, patties, and puddings; oysters with condiments and without condiments; oysters for breakfast, dinner, supper; oysters without stint or limit, fresh as the pure air, and almost as abundant.”

When northern and Chesapeake Bay oyster banks were over-harvested, oystering moved south on a collision course with one Luigi Paoli Maggioni who was moving north.

Maggioni, from Milan, Italy, was bound for the priesthood, according to family lore, but escaped the seminary by jumping out an upstairs window in 1870. He boarded a steamship, landed in Jacksonville, where he married, then moved to Savannah where he took to running a store and hawking seafood from wagons on the city streets. Business must have been good. Maggioni took a partner and The L. P. Maggioni & Company established a cannery on Daufuskie Island in 1893, the first of fifteen scattered along the coast from Fernandina to Charleston, employing over 2,500 people. Maggioni’s “Daufuski” brand oysters with the distinctive Indian chief label were shipped worldwide, reportedly even enjoyed by Tsar Nicolas II of Russia. As oysters were harvested in the wintertime, Maggioni began canning shrimp and later fruit to keep his factories going year-round.

But to the oysters: Fall and winter, black rivermen went out in flat-bottomed boats powered by oars and sail every low tide, tonging up fifty to one hundred bushels per man per day. At about ninety pounds per bushel, it was literally backbreaking work, and empty opium vials—sold over-the-counter or ordered from Sears and Roebuck—still turn up along creek banks to this day.

The men loaded oysters onto larger boats which hauled them to the factories, where their wives and sometimes their children worked long hours in the shucking sheds. Five gallons per person per day was considered a tolerable output. Each gallon was worth a bronze token the size of a half dollar, redeemable for cash on Friday, or when money was tight, as it sometimes was, tokens could be swapped for grits, flour, bacon and beans at the company store.

Gilbert Maggioni remembered a typical oysterman in his grandfather’s day. “He lived probably not far from the creek…winter time he would gather oysters for one of the oyster plants and in the summer time he farmed . . . He was spindle-legged but about three feet across at the shoulders, and he could break store-boat oars just as fast as you handed them to him. It was not an uncommon thing for one of these gentlemen to row from Bluffton to Beaufort, 22 miles, to buy groceries.”

Overharvesting and pollution took their toll. One by one the canneries closed.

That’s the standard sob-story but not entirely correct. The market changed as well. With the widespread availability of ice and truck transport, there is little need to can them, but the oyster rakes still provide their bounty. Today ninety percent of the region’s oysters are eaten before they get one hundred miles from salt waters. 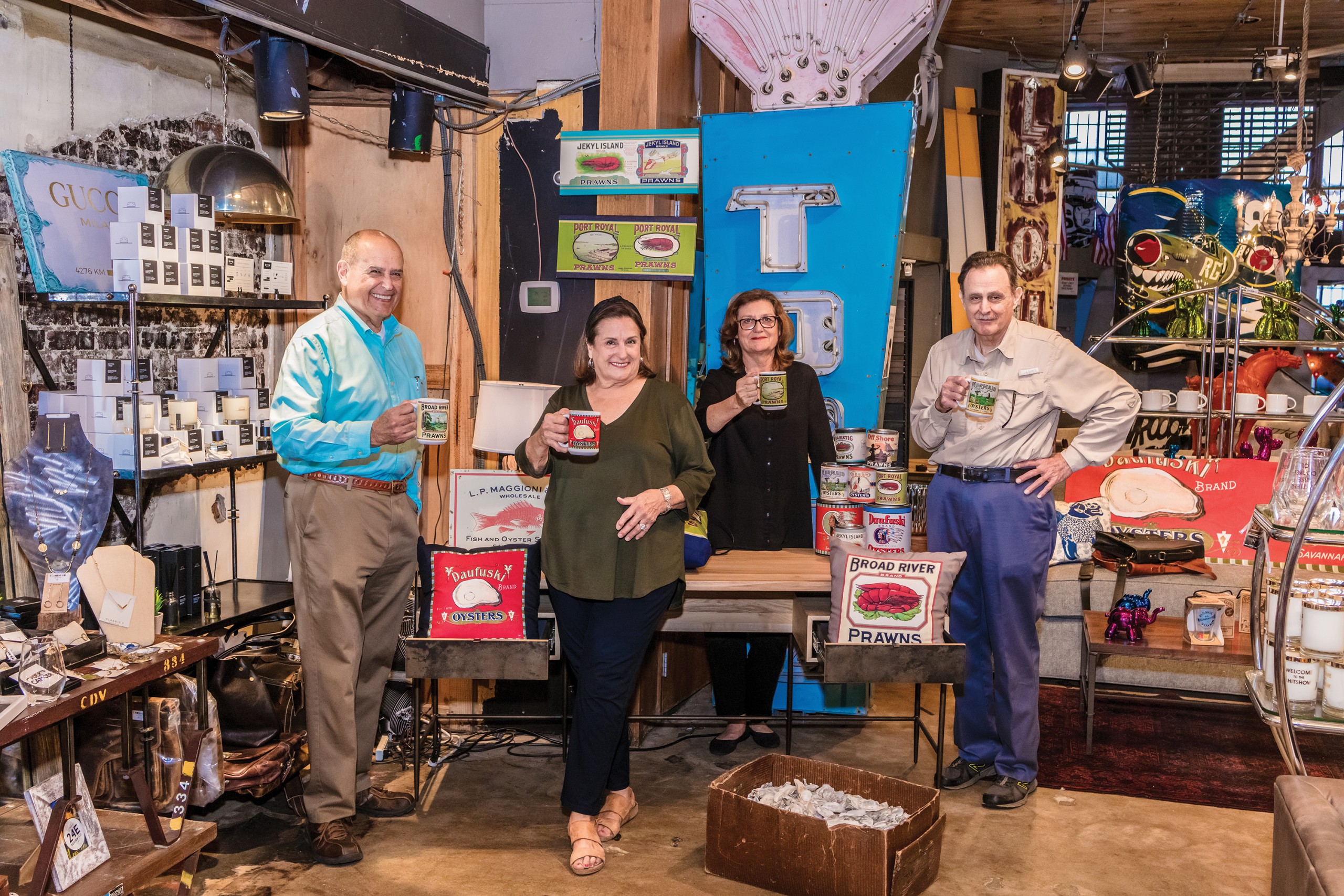 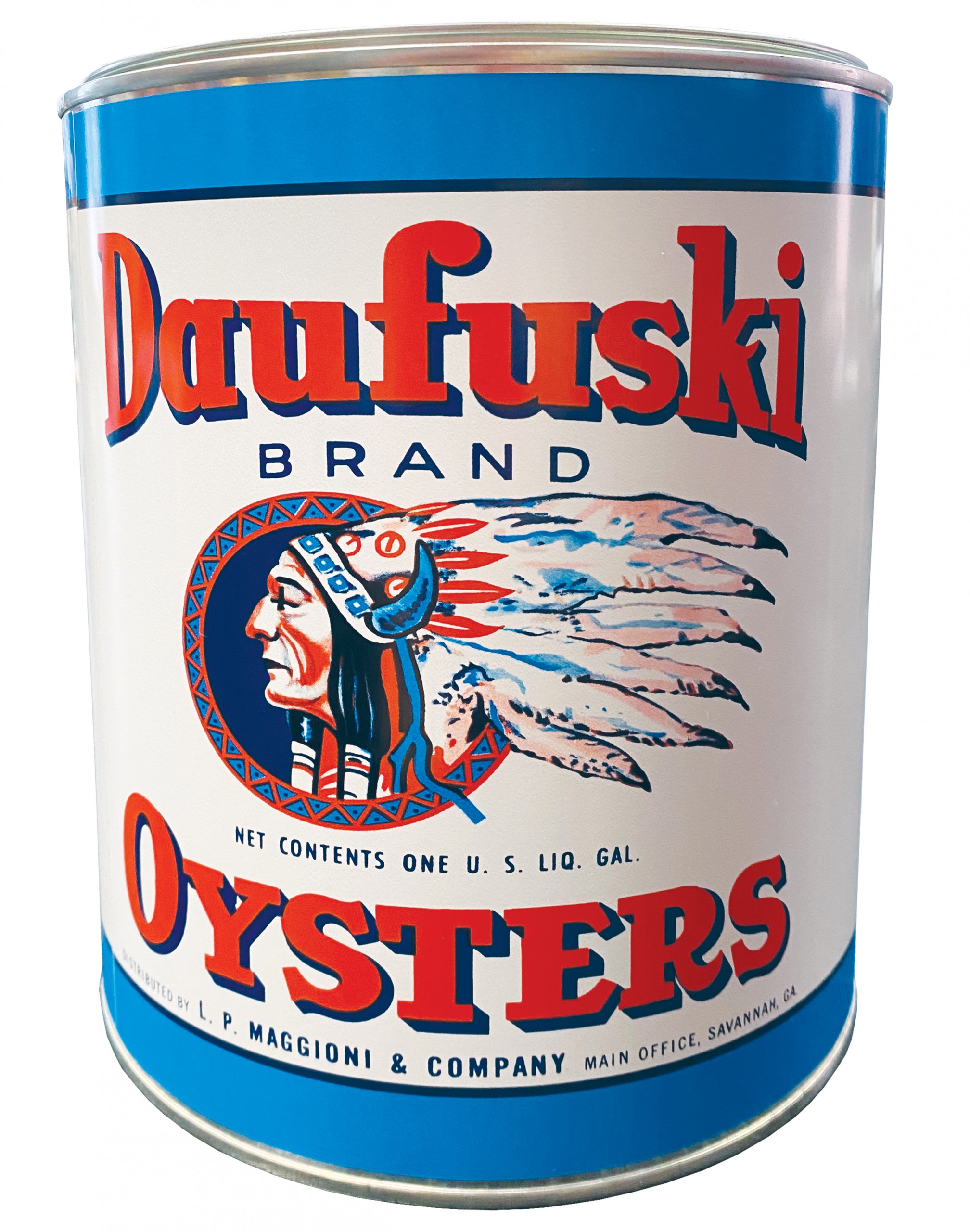 Labeled cans from the nineteenth century can sell for hundreds of dollars on eBay and are a lasting reminder of original oyster cannery on Daufuskie Island, considered “little pieces of art” by the family. 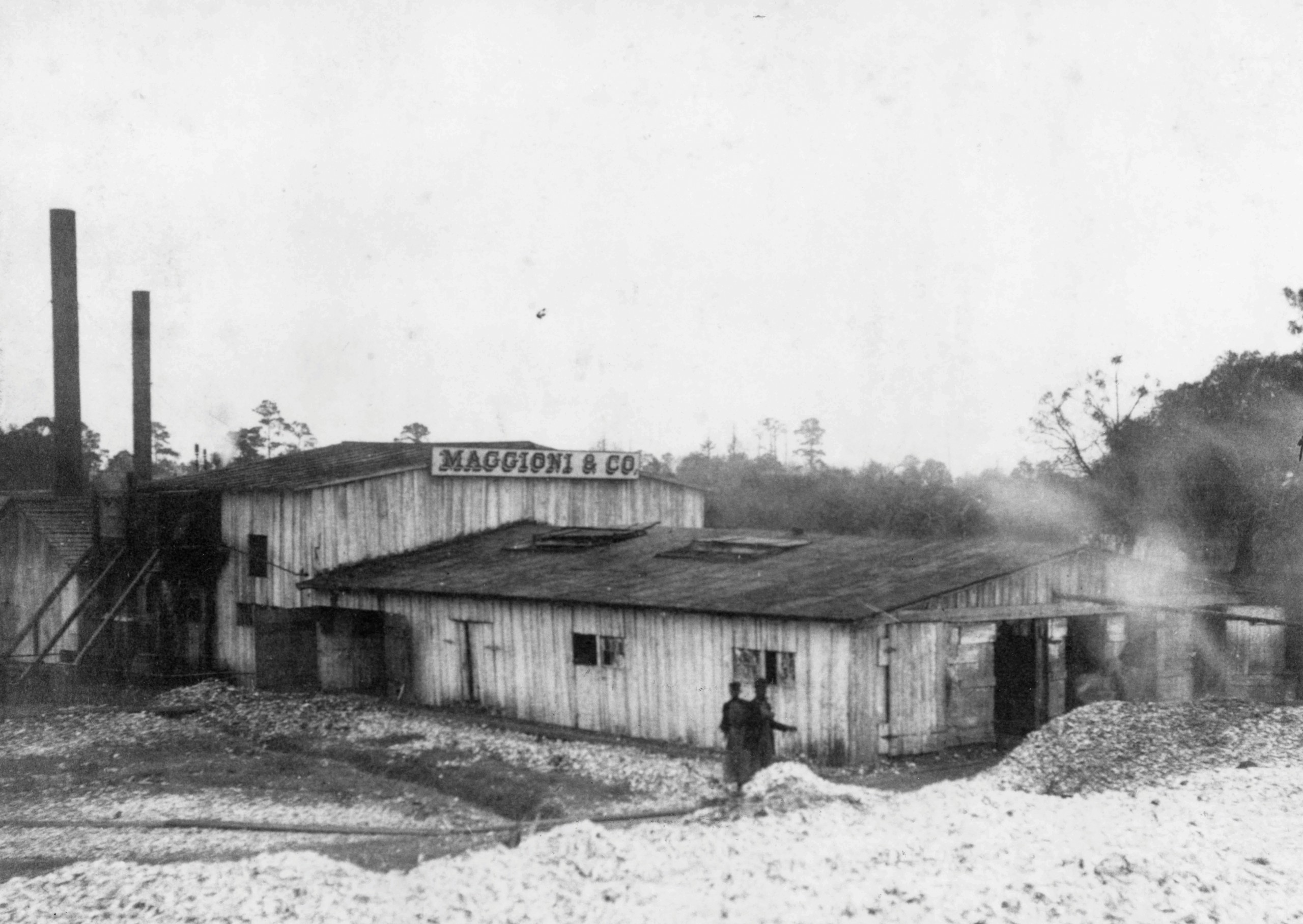 The Thunderbolt cannery was one of Maggioni’s largest, processing upwards of 50,000 pounds of shrimp a day during shrimping season! Pictured here is a smaller, wood-paneled cannery, as the company had multiple canning locations across the Lowcountry.