John Davis has been making life in this region more beautiful by his extraordinary gift designing bouquets and anything else you can do with flowers. His tagline is short and simple.. Buy Flowers. 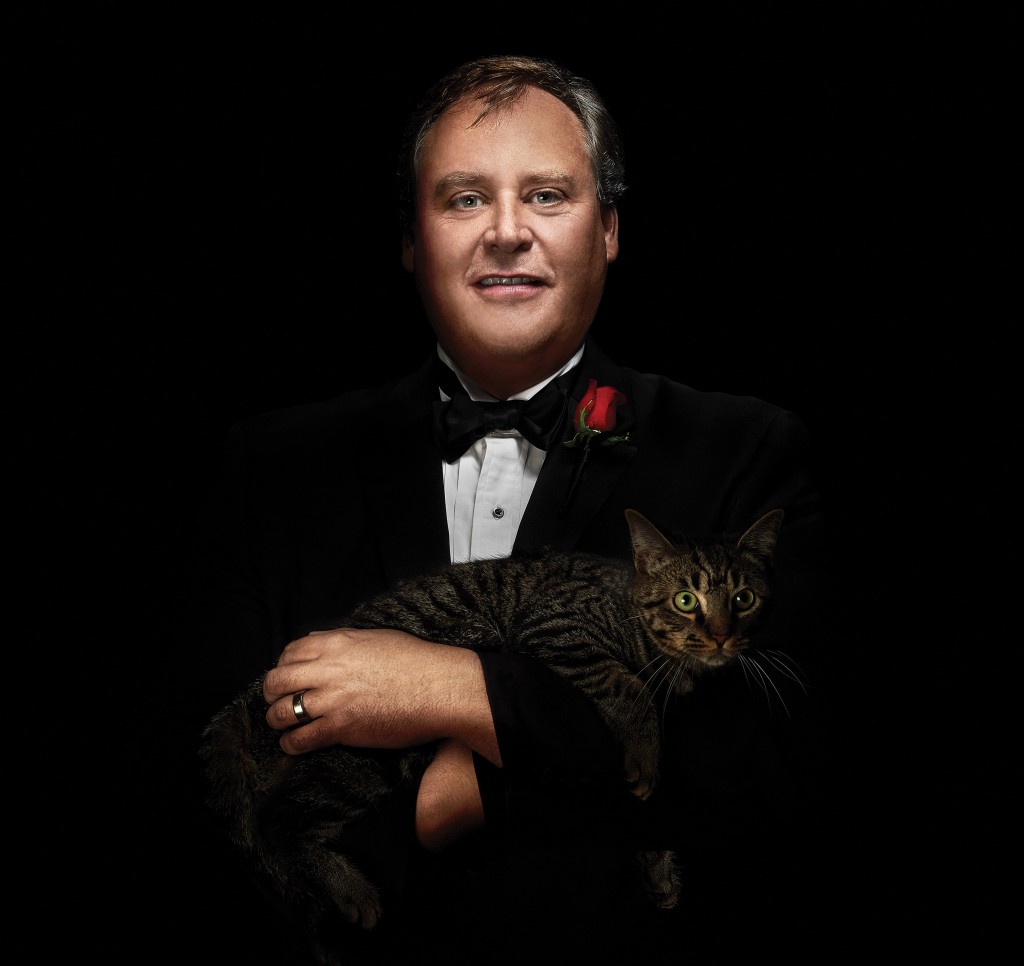 “I can do anything with flowers,” he said. “I’ve made phones, I’ve made fish, shrimp, boats, logos… it’s art. That’s just the fun part.”

You can call him the Godfather of Flowers, because if you make John Davis an offer, he can’t refuse. Even if, as we here at South magazine have done in the past, you ask him to craft something as seemingly impossible as a three-foot-tall terrier made completely out of flowers (which we totally did). “I don’t do floral arrangements that are usual. I only do unusual.”

Beyond his artistic arrangements, Davis infuses everything that leaves his shop with creativity and ingenuity. Something as simple as a Valentine’s bouquet receives the full attention of this virtuoso of vegetation, infusing the everyday with tropical blooms and fascinating accompaniments.

“I don’t do floral arrangements that are usual. I only do unusual,” he said. “I use a lot of things that people aren’t used to seeing.”

That dedication to the unusual stems from (pun very much intended) a lifetime spent in pursuit of floral greatness. Davis started in the trade at the age of 18 (“… and I’m 50 now. Isn’t that crazy?”) and while his story starts in tragedy, it ends in celebration.

“When my father passed away, I would go to a florist down the street, and the flowers (that I would take to his grave) would never be ready, So I’d just go behind the counter and start making them myself.”

His handiwork so impressed the owners they asked him to help out when they got busy. Instead, Davis opted to branch out (again, pun intended to the utmost) and go into business for himself.

To find out what John Davis did to make his mother happy and more, subscribe now or pick up the February/March issue of South Magazine.